Gender-flipped Cinderella movies are an interesting beast and I am not saying that these are an inherently bad idea as I do think they can work.  There have been a few examples of this in the past I know of a few including the Jerry Lewis movie Cinderfella which I love and the Sesame Street special CinderElmo. 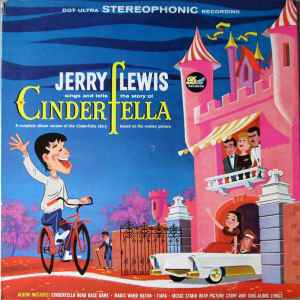 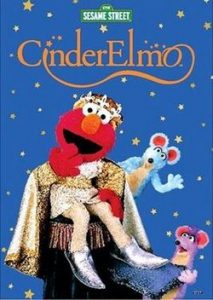 Though I think the closest comparison to this movie might be the Nickelodeon movie, Rags 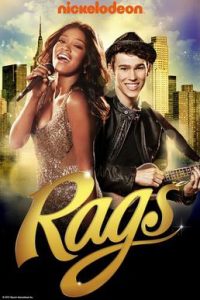 Having watched this movie, I think are enough similarities to compare them but it is the better Cinderella movie of this ilk.  I truly feel as though you could compare these two movies back-to-back and come to similar results.  FYI, this is the best modernization of Cinderella. I know this introduction is taking a bit longer than usual but that’s partly because this movie is so bad.  I knew that I was going to run into a bad Cinderella movie eventually but I didn’t think it’d be as bad as it was.  Honestly, I was left in bafflement after every frame of this movie.  It felt as though this movie only understood Cinderella on a surface level.  And after the first twenty minutes, I felt like they somehow made a modern Aladdin instead of a modern Cinderella,

Now, this version of the song is not in the movie itself but they dance to this song, which is just no.

But that’s not the only reference to this movie as, during one of the musical numbers, the birds from the animated movie show up.  Oh and when the princess character Kira sets out on a search to find the sneaker designer that left his shoe behind, the movie plays the clip of Cinderella putting the glass slipper on from the classic movie.

Movie, stop reminding me a good Cinderella movie exists if you had tried to stand on your own merits instead of trying to ride the success of a much better movie. Perhaps if you hadn’t used those clips or that song, I’d hate this movie less. It’d still be bad but perhaps I wouldn’t be as angry at it.  There are so many things I hate about this movie but if there is one thing I do think could have worked is how the stepfather character in this movie isn’t the main antagonist but rather he is just stressed and does not lead to him treating his stepson the best but he is never malicious in his actions towards our Cinderella character.   Instead, the stepbrothers fill out the main antagonist role and that’s not a bad idea and could work if the brothers had been developed a little better but I’ll be honest and say I can’t tell them apart and they have next to no personality. 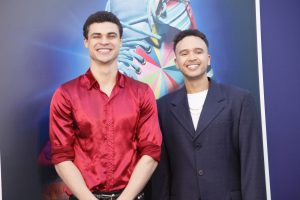 I will be completely fair to the actors and say that they did the best with the material they were given to work with. Unfortunately, the material they were handed did them no favors.  This is something I’ll get into when discussing their personalities are so generic to the point where it became hard to tell the two apart.

They are first seen after the first of many bad musical numbers during this movie where we see this movie mostly takes place at a shoe store in Queens called Laces and they seem to drop their shifts onto stepbrother El without caring how he feels.   This is meant to show how cruel these two are and how much El’s life has gotten worse since his mother passed away.

As I mentioned the personalities of these two stepbrothers are rather generic as you just have the smart one and the sporty one.  There isn’t much definition for their characters beyond these stock traits.   One being smart and one being sporty isn’t bad in and of itself but there should be more to them than just one being smart and one being sporty.  Oh well, there is one more trait to their personality, they hate their stepbrother El.  So, that’s not a whole lot but it does track with the Stepsisters archetype.

Continuing the trend of lameness that is these two, they are motivated to ruin their brother’s life just so they can move back to Jersey.

They say Queens is a dump, okay I get that Jersey is where they grew up and they more than likely have an attachment to where they grew up but New Jersey has often been viewed as a joke amongst so many of the states. I’m not saying something like this can’t work as we saw how miserable Riley was in San Francisco after leaving Minnesota in Inside Out. Inside Out helps us to understand why Riley feels this way and while these two brothers are the main antagonists of the movie,  the movie could have done more to show why they don’t like living in Queens instead of just telling us.  The movie even spells out how they haven’t taken the time to get to know the people in Queens and this is also true of their father.   The fact that they have not put themselves out there or introduced themselves to their new neighbors makes them seem like pariahs to the people around them.

Yep,  their Most Evil Deed comes in the form of a villain song and it’s not a good song.  I noticed that the the reviews for this movie are mostly mixed to positive.  Perhaps the audience for this movie will grow up and love this movie in the same way 90’s kids love the Brandy Cinderella but the music just feels so generic.  Having said all this,  what they to do El is rather cruel as after the previously mentioned Kira starts a search to find the sneaker designer that left the shoe at her father’s sneaker charity gala. They reveal the truth to Darius King right before El has a meeting with him.

So not only, do they ruin El’s chances at a dream opportunity as he is a talented sneaker designer but they also ruin his hopes of being with the girl he loves.   That is a cruel thing to do and it speaks to what lengths they’ll go to to hurt El.

Yeah, nothing really happens to them.  They try to out El as a liar at a public launch of King Sneakers in the Finale Song.

The most that happens is they embarrass themselves at the sneaker launch and their father sees them for the liars they are after Darius King reveals how much they’ve hurt El.  Which yeah okay fine, that does work as some sort of punishment and I get that this move in part is about second chances.  And the movie ends with El selling unique designs of sneakers out of the store under a new name, a year later. And there could have been a good punishment here, have them working as stockboys at the shoe store.   After all the grief they caused El by making the job so hard for by intentionally knocking down boxes and locking him inside the stockroom to keep from getting to the gala,  it would have been a fitting punishment.

This is something Colin of ColinsLookBack brought up but when it comes to Cinderella villains,  it’s always a bit nice to see them get some sort of comeuppance after how they treated the Cinderella character and that’s exactly how I feel about Zelly and Stacy treated El throughout the entire movie.

No but they could have been. There are elements of a good villain duo that can found within them but as it is, they feel a bit stock and generic.  Making a modern day Cinderella and flipping it to be male led isn’t a bad idea on it’s own but you need to bring more to the table than just saying “What if Cinderella was a boy?”  as that is all this movie seemed to do and that is quite evident in how the movie made the Stepbrothers, the main villains.  Which again, this could have worked but these characters should have been fleshed out a bit more.

Well, we are done with the movies for now which is a shame as there is one movie I couldn’t find that I wanted to look at.  And while I do plan to look at the Once Upon A Time Cinderella villains,  I’m going to be doing something different before that as those will take a bit longer to get done. Join me next time as we board a Disney Cruise to look at the villain the Cinderella musical, Twice Charmed…