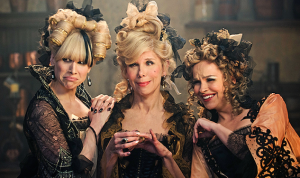 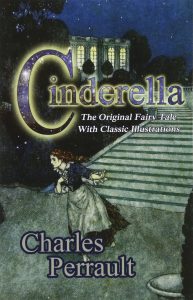 The other popular version that people are familiar with is the darker version by The Brothers Grimm.   The darkness mostly comes from what happens to Cinderella’s stepfamily such as having their eyes picked out and the blood that comes from how they attempt to try on the glass slipper. 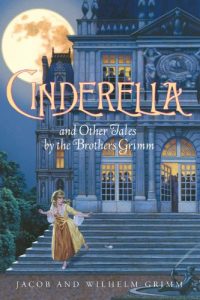 These elements are used in the Sondheim fairytale musical mashup.  While The Brothers Grimm’s tale laid the groundwork for how Stephen Sondheim and James Lapine approached and adapted the characters in this new story. Going beyond that though, we also have to look at what the musical is trying to say in how happily ever after isn’t always what it is cracked up to what we think it is. That is seen with Cinderella’s Prince who I went back and forth on covering but ultimately decided against it as it didn’t feel right to include him.  Henry Kathman in his nearly three-hour video ranking every modern Cinderella adaption brought up that in this musical,  Cinderella’s biggest flaw is her indecision and we see that clearly in “On the Steps on the Palace”. 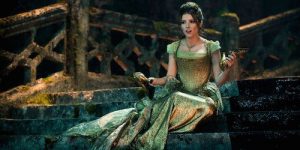 That is also somewhat true of Cinderella’s relationship with her stepfamily and that is something I’ll discuss more in-depth during the relationship section as this version is quite interesting in that regard because while Cinderella is put upon like most other versions of the character,  Into The Woods makes her complaints loud and clear. That’s not to say other versions don’t but the musical feels more upfront in that regard.

Also, in all fairness, the Stepmother and the Stepsisters are rather minor characters compared to the larger ensemble of Into The Woods but they still felt worth covering.  Now yes like yesterday’s entry,  Into The Woods originally started life on stage and I know so many prefer the stage version to this musical adaption and that is a fair take as the film is missing some key elements that make the stage musical a classic.  Having said that,  the film adaption was my introduction to Into The Woods and in that regard, I think it’s fine.  Though considering she’s such a minor character, I’ve decided to skip Most Evil Deed and Grand Desire. 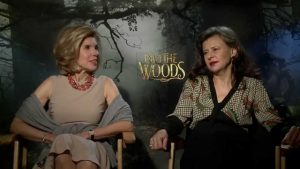 Christine Baranski delivers an excellent performance as the Stepmother character in this film.  Some could say not a lot is asked of her but I do not believe that to be true.  While she is a minor character in the overall story, I do think Baranski turns in a wickedly fun performance that helps to inform us as to what Cinderella’s life is like before marrying the Prince.

We first see the Stepmother character during the lengthy opening number that introduces us to all of the characters in the musical.  This is important as it gives us good insight into how much she ruins Cinderella’s life and has made the house a living nightmare with everything she forces Cinderella to do.  In this movie, we see a task that is often left out where Cinderella must remove lentils from the fireplace. 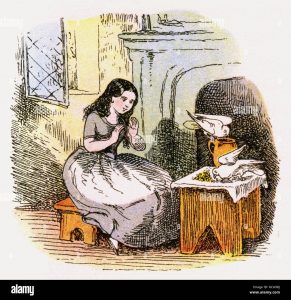 This is a small touch I like seeing as it goes to great lengths in showing how much the Stepmother is willing to dehumanize Cinderella.  This may not seem like much on the surface but it shows what type of person, the Stepmother truly is.

It’s what you’d expect of a Stepmother character in a Cinderella story, she’s cruel and hateful towards Cinderella dismissing any dreams the young girl may have. This is seen in how she laughs at the idea of Cinderella going to the festival.

This again speaks back to how dismissive she is towards Cinderella and doesn’t believe anyone will love Cinderella because she doesn’t love her. This takes us to the next category.

Yet again like in other versions, there is a sense of hatred laying underneath how the Stepmother feels toward Cinderella.  In this version, it feels comical and I feel that is intentional to show the absurdity of the hatred while also speaking to how this hatred has stunted Cinderella and how she needs to learn to decide for herself and we see this come to fruition when Cinderella decides she will not stay with the Prince after Prince cheated with The Baker’s Wife. 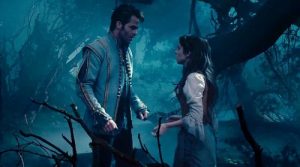 This speaks to how this relationship has taught Cinderella she doesn’t have to be stuck in toxic relationships.  Consider what she tells the Prince.

My father’s house was a nightmare; your house was a dream. Now I want something in between.

While Cinderella did vocalize her complaints in the prologue, they were mumbled under her breath.  Good thing, she wasn’t with Mother Gothel. 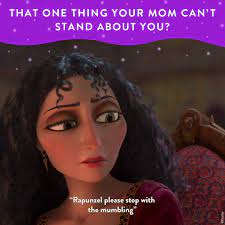 Moving beyond that,  this moment is important as it shows Cinderella reflecting on how the Stepmother mistreated her, and she isn’t going to let someone hurt in the same way she had been hurt before.

Again, the Stepsisters are rather minor characters though I do find this line interesting.

All three were beautiful of face, but vile and black of heart

Again, this isn’t an incorrect take as they are beautiful women but I think much like Minerva and Calioppe from yesterday, the ugliness is seen in what they are wearing and how they dress.   Also, these poor girls suffer quite a bit.  I mean look at what their mother puts them through just to get the slipper to fit.

They suffer damage to their feet which is true to The Brothers Grimm version of the fairy which Into The Woods pulled from. 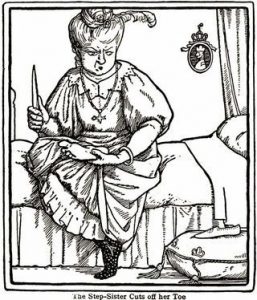 It is a rather shocking moment but it speaks to how this musical also highlights the darker elements of the original fairy tale.  This also speaks to the punishment the Stepsisters receive from Cinderella’s bird friends as they peck their eyes leaving them blind. 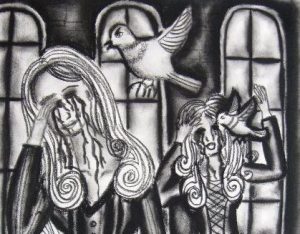 With how they treated Cinderella, I don’t think it’s underserved tbh. It also takes away the beauty in the face they had at the beginning of the story

Not much really happens to the Stepmother after the second act. The best I can remember and I checked the plot synopsis after watching the movie, she goes into hiding with her daughters.  I believe this is speaking to how she doesn’t need to be a part of the story any longer and also it doesn’t seem as though she has much drive left in her.  Which fair.

Is Cinderella’s Stepmother A Good Villain?

She’s fine but as I’ve stated throughout, she’s not especially important in the musical. She’s meant to serve her purpose in Cinderella’s part of the story and she feels that role rather well.  There are more important and interesting characters within the story.   Join me next time as we head into the world of remakes as I look at the 2015 remake of Disney’s Cinderella and look at… Tags: A Look at Disney Cinderella Into the Woods James Lapine Stephen Sondheim The Brothers Grimm