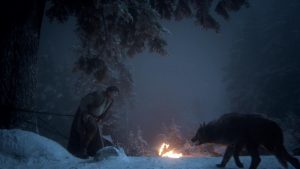 Little Red Riding Hood is one of the most well-known fairy tales there is and of course, The Wolf is an iconic part of that story.   The ABC fantasy drama in its first couple of seasons played around with this classic story and presented a tale where Red and The Wolf were the same.  Now, they aren’t the first to present an idea such as this.

I wouldn’t be shocked if this was meant to serve as a callback to that and heck one year before this episode aired,  there was a horror movie with a similar premise. 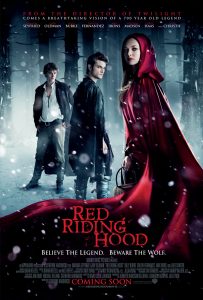 The idea of combining werewolves and the story of Little Red Riding Hood is appealing to many and I can see why as it brings in another fun element.  And I must admit I do love what OUAT did with Red as the Wolf except for the fact that she didn’t get many episodes truly dedicated to what being the Wolf meant. Alas for that,  you’d have to go to extended material such as this book. 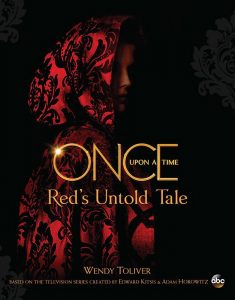 I may look at that next year considering there’s a lot more werewolf material I could look at.  Now when it comes to OUAT,  it’s important to note that there is a present-day plot in our world aka The Land Without Magic and a flashback plot that takes place in some magical land usually The Enchanted Forest. While the Storybrooke plot does tie in thematically concerning how it’s about Ruby proving herself and Granny not trusting her.  Having said that,  I will not be focusing on the Storybrooke plot for this review as it doesn’t truly fit the werewolf narrative.

With that out of the way, let’s begin.

In a first for this series,  we have genetics and we are given a glimpse of this when Granny aka Widow Lucas reveals scars she received from a wolf when she was a young girl.  She said her father was protecting her but we later learned that her father was the wolf that attacked her. 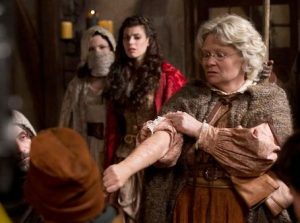 The fact that being a wolf runs in Red’s family adds a layer of tragedy to the story as Granny hid the truth from her because she believed it was the best way to protect her granddaughter.  This is something that has been played with in other werewolf stories.   There is one other element that is important to the transformation and that is the time of year as this event takes place during an event as Wolfs Time.   The fact that the time of year plays a role is an interesting element as it shows how Red never knows when she’ll turn and because before the events of this episode,  she never knew the truth.

Simply put when Red was turned,  she was just a wolf and would black out when turning back into a human.  This in turn meant she had no memory of what happened as a Wolf.  This again added a sense of tragedy because of her not knowing she’s the Wolf,  her and new friend Snow White come to the incorrect conclusion that her boyfriend Peter is the Wolf and make an attempt to warn him and chain him up to a tree.  Yeah, I think you can figure out how that went. As implied, things don’t exactly go well after Peter realizes his GF is a wolf.

Were They A Threat

One hundred percent yes, Red is perhaps the biggest threat of any of the wolves I’ve looked at thus far considering she has a body count even before Peter,  Now it is true that they are mostly livestock but those animals are the livelihood of the villagers and that makes it quite understandable why.  It’s also hard not to feel a bit sorry for Red during this time.  Now when we return to this event, we will be closing out our look at wolf villains