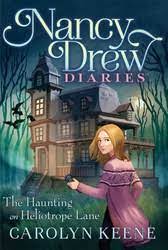 And as popular as they may be, I’ve never played any of the Nancy Drew  PC games.  And I wouldn’t be very good at reviewing a game either.  Shoutout to YouTuber WizardKitten who covers the Nancy Drew games. 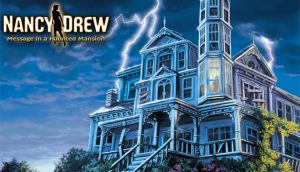 While those have been ruled out,  I love reading, or in this case listening to stories featuring the most famous girl detective.  The book that I am looking at is titled The Haunting on Heliotrope Lane and comes from the series, Nancy Drew Diaries.

This series is named as such because Nancy is telling the story throughout each book and it ends with her writing in her diary.  The setup is interesting as a girl named Willa comes to Nancy after a screening of a horror movie and says that her best friend had gone to the titular house and once she returned, she started to act as though she was possessed.  In a cute moment,  Bess says the location reminds her of those old mystery books that had yellow binding.  A self-aware nod to the classic books. 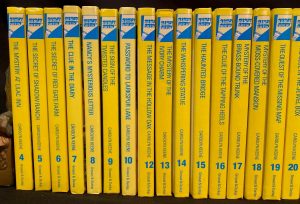 In some ways,  this book seems to be trying to pay tribute to Nancy’s classic adventures with the house.  Having said that, there are a few issues I have with the mystery aspect as I do like the idea of people entering this house and acting differently once they come out. However, the reveal feels as though it is something from an early episode of Scooby-Doo.  I kinda get what they were going for and I will give away that there aren’t any ghosts in this book,  it’s just someone trying to scare people away from the house.  This is a bit humorous considering I came to Nancy Drew via The CW show which is chock-full of ghosts.  The first season of the show deals with Nancy being helped by a ghost to figure out who killed her. On this front, I will say that the book does a good job of setting up the house as haunted and understanding how Nancy, her friends Bess and George could be freaked out by the happenings in the house from seeing snakes crawling around the floor to discovering a trap door.  However, this does bring up a constant complaint I’ve seen from the Nancy Drew fandom directed at these books, they make Nancy seem weak and too easily frightened.

Having not read many of the original Nancy Drew books, I cannot attest to how she is portrayed there but in most adaptions, I’ve seen Nancy comes across as a strong-willed woman who is very brave and when she teams up with The Hardy Boys,  it makes sense why she would show them up. 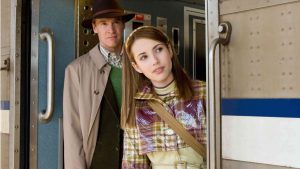 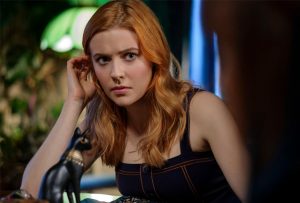 Nancy is an icon for many women such as the late Ruth Bader Ginsburg and as this 2018 piece from The Baltimore Sun highlights why so many loved Nancy.

Nancy Drew was independent and not tied down by work, domestic pursuits or a fretting mother (hers had died.) She was treated as an equal by her father and by law enforcement, and she never gave up when the going got hard.

I feel like somewhere along the line some creatives in charge of overseeig Nancy Drew stories have forgotten this important aspect of her character.  This is quite the issue as Nancy should be allowed to have moments of fear but it at points feels as though, it is overdone in the Diaries series which I do enjoy.  A bit of a strange comparsion to make but Nancy is somewhat like Batman in that they should be able to keep their wit’s when things get tough.

This book is perhaps the worst example of that in the Diaries series so far with how it wants Nancy to be scared.  On the hand, I get it as this a horror type mystery with Nancy investigating a haunted house but in certain aspects, it feels as though the book is robbing Nancy of her agency.

I am not saying that Nancy can’t be afraid, she even admits internally at one point, that she’s afraid of going back to the house because she beleives that’s haunted.  That’s good and it does work in the context of the book but on the same token, it feels as though there a few moments where the book misunderstands who Nancy Drew should be.

This isn’t a bad book but I am pulled back from reccomending it completely due to the reveal being a bit cliche and also I am mixed on Nancy’s characterization in this book.  I’ve read a number of the Nancy Drew Diaires books and it is perhaps my least favorite one from the series thus far.