This piece of Ginta fan art is dedicated to see him specialise in a martial art I gave him which is Lethwei the Burmese martial art of nine limbs just like Muay Thai’s predecessor from Thailand Muay Boran. Sit back, relax, and indulge in Ginta’s formidable toughness as a Lethwei fighter who can tear up some mean clinches, headbutts, and strikes.

It is combat time in one of Burma’s finest temples once Ginta steps into the sacred ring to show reverence to the monks and sovereigns by demonstrating his formidability and courage against stronger and faster opponents. He would use his headbutts, clinches, elbow strikes, and knee strikes to paralyse his opponents and show them that he is more than just a charming gentleman with adorable dimples, which would make Adon cheer for him, especially since Ginta is also in typical Lethwei attire.

As a reminder of my AU headcanon, Ginta is Izayoi’s third and youngest son, thus making him Shuran’s and Hakkaku’s younger brother. With that said, it is time for a sacred brawl complete with blood spewing and limbs flying.

Likes: Circuit training, working out with Adon, Vega, Dee Jay, and Fei Long; sparring with Remy, Lei, and Marshall; working on his headbutts and takedowns with Sesshoumaru and Shuran, perfecting his punches and elbow strikes with Inuyasha and Ayame, polishing his kicks and knee strikes with Hakkaku and Shunran, performing scientific experiments with Billy and Adam, inventing gadgets with Damon and Trip, running obstacle courses and going on nature hikes with Carlos, Joel, and Max; gathering berries, wild fruit, and wild flowers; spending quality time with his brother Hakkaku, their wife Shunran, and their children

Finishing Combo Attack: The Wailing Orangutan Monsoon complete with a clinch, jabs to the face, knee strikes to the stomach, low kicks to the legs, shin kicks to the knees, overhand punches to the head, and a massive headbutt to the forehead

Ginta is a Lethwei fighter who shines with charisma, wilfulness, steeliness, and tenacity. He has the adorable dimples and lovable personality to entice every spectator watching him do his work and, most importantly, the quick and lethal moves found in his clinches, headbutts, knee strikes, and elbow strikes while also being a loyal brother to Hakkaku, an adoring husband to Shunran, and a loving father to their children. As soon as he, Sesshoumaru, Shuran, Inuyasha, Hakkaku, Ayame, and Shunran make their mark in fighting tournaments, Ginta’s charismatic charm would be totally welcome to his opponents before, during, and after every gruelling match which would mostly end with good spirits, for he represents charismatic charm and ethical fairness in combat. Beyond his fatal clinches and relentless headbutts, he also uses his signature charming charisma to be an exceptional friend to the likes of Billy, Adam, Carlos, Damon, Joel, Trip, and Max in everything they do from working on scientific experiments to going on outdoor treks to challenging each other in obstacle courses all in good sportsmanship and camaraderie. He also cherishes Shuran as an appreciative older brother because he and Hakkaku can learn a great deal from him in terms of defending themselves against their foes, considers Hakkaku to be a loyal brother, and admires Shunran for her tenderness towards him and Hakkaku as their wife.

There you have it, ladies, gentlemen, and martial arts aficionados of all ages and from all over the world. Ginta a warm and charismatic Lethwei fighter who may be kind and merciful to the people he cares for the most but will smoke his opponents to bits with his metal elbows, granite head, steel shins, and dagger-like knees. With his signature headbutts, elbow strikes, shin kicks, and knee strikes, he can procure a speedy win against his foes with elan and vivacity. What makes Ginta truly charming is how he enjoys being in the company of his closest friends including Adam, Joel, Damon, Trip, Dragunov, Hwoarang, and Steve considering their penchant for science, technology, nature, and machinery as well as the usual penchant for growing stronger together. They cherish each other’s loyalty and would never dream of taking each other for granted. He additionally cites Sesshoumaru and Inuyasha as inspirations for growing as both a fighter and as a person, Shuran for his constant encouragement, Hakkaku for his undying loyalty, Ayame for her boundless courage, and Shunran for her endearing warmth.

I hope you all enjoyed this, and I will see you in the next submission. Take care, stay safe, and never lose sight of the prize, everybody.

Ginta from Inuyasha belongs to Rumiko Takahashi and Sunrise. 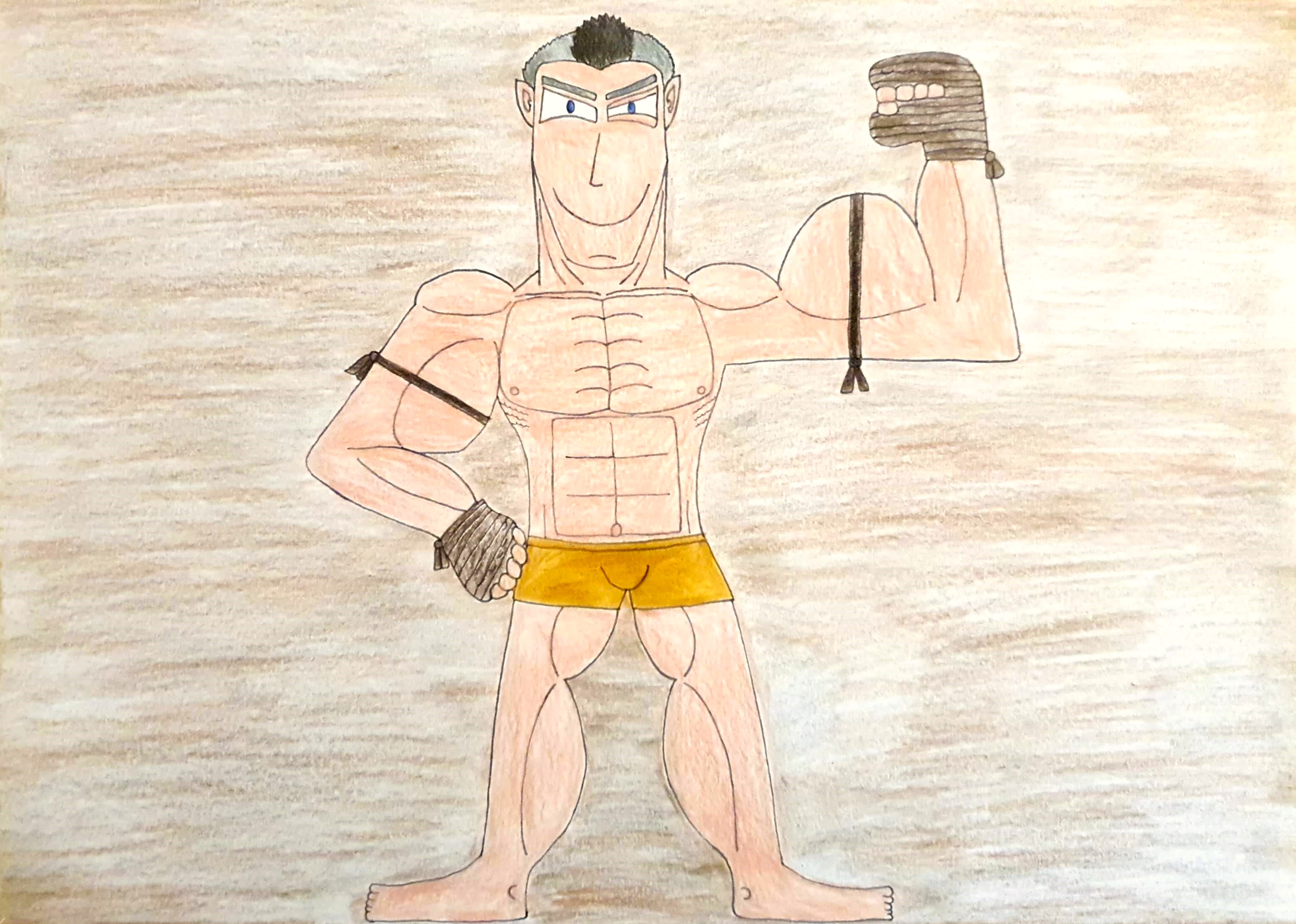