It’s no surprise that the world of Marvel Comics is massive. Ever since their start in 1939, the company has grown into an entertainment juggernaut that has spawned many memorable characters and stories with seemingly no end in sight. With as much media as the company has and the genres they’ve gone into, there’s often one that a lot of people generally don’t think about: Horror. The company has taken its fair share into the darker genre with characters like The Midnight Sons, The Living Mummy, Blade, Ghost Rider, and Dracula but they generally get very little attention or end up being overlooked completely. Thankfully, a lot of the movie adaptations have gone and adapted a lot of the characters with movies over the years and the MCU is finally starting to dive into that territory with Werewolf By Night just premiering and Blade coming soon. With that in mind, the topic of the movie that’s being covered just so happens to cover one of my all-time favorite Marvel characters: Man-Thing. 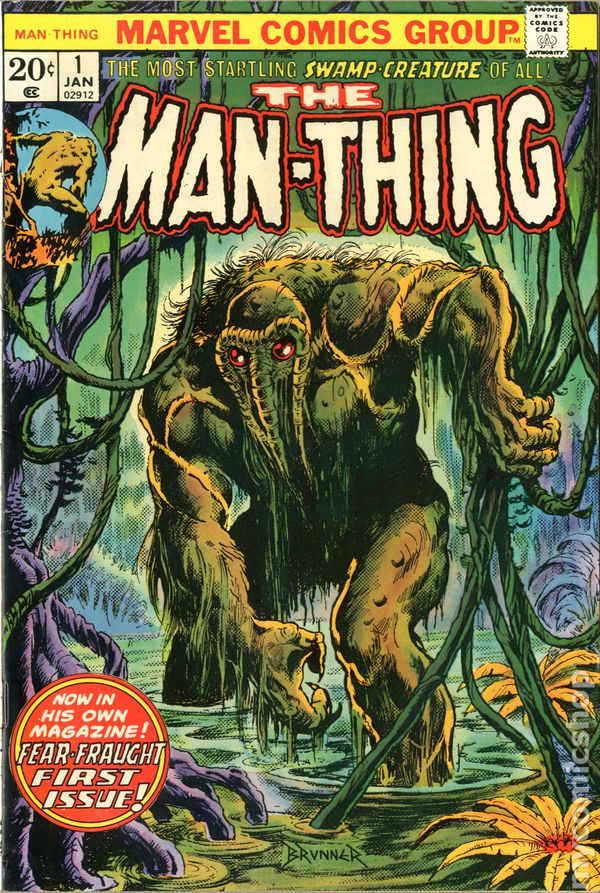 The swamp-based monster is a fairly underrated character in the world of Marvel who was conceived by Stan Lee and Roy Thomas which first appeared in 1971 with the help of Gerry Conway and Gray Morrow (coincidentally, his DC counterpart Swamp-Thing came out at the same time due to the fact that Len Wein and Conway were roommates at the time and actually talked about both of their characters’ creations). His origin tells of biochemist Ted Sallis who was working in the Florida Everglades to try and recreate the super-soldier serum that was used on Captain America. After being attacked by a terrorist group, he saves the serum by injecting it into himself but soon gets into a car-crash in the swamp which transformed him into a giant plant-like creature who roams the Florida swamps to this day.

After his debut, he popped up periodically in the Marvel world (and was often partnered with Howard the Duck) and got some minor attention on screen through TV shows, appearances in video games, and recently made his MCU debut in Werewolf By Night. While he got some screen-time here and there, he ended up getting a feature length movie in 2005 that aired on the Sci-Fi Channel with a limited release in theaters. Given the fact it’s a Sci-Fi Channel movie, that doesn’t exactly sit well as it’s usually a dumping ground for B-grade movies and most of the The Asylum’s catalog. Although, there are some gems that occasionally come through so maybe it would be too bad…I hope. 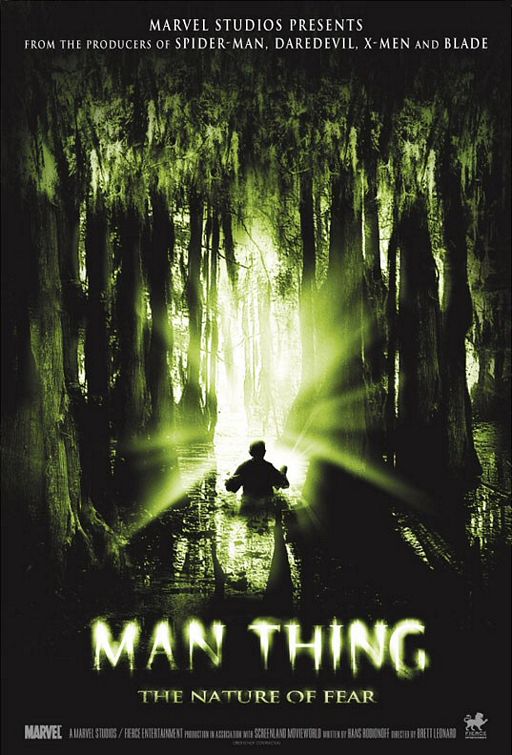 Synopsis: Deep within the swamp lands of Louisiana, the newly appointed Sherriff of the small town of Bywater is immediately tasked with taking care of nearly Fifty missing persons cases that have been reported within and around the swamps shortly after the land was purchased by oil tycoon Fred Schist. As the bodies pile up, Williams begins to wonder if it was a man at all who’s responsible for this whole affair but rather a local monster that has been rumored to be in the area.

If the basic synopsis wasn’t a complete giveaway, the movie is a run-of-the-mill monster movie. Given that it revolves around Man-Thing, it wasn’t too surprising but there could be some unique twists that they should pull to help it make its own identity in a repetitive subgenre. Unfortunately though, that didn’t happen. It has all the major beats that you would expect such as the legend of the monster foretold by a wise elder, the graphic kills throughout of random background characters, the monster remaining hidden until the end, and the big finale of it being killed. You can pretty much predict beat-for-beat what’s going to happen next and you would probably be right.

The one minor subplot that the movie tried to add in was a pro-environmental message. Most of the murders in the movie do revolve around Schist and his oil rig that he decided to set up in the swamps as he tries to capitalize on the land and many locals protest against its presence in the town. While it may seem like a big deal given the subject matter, and Man-Thing’s origin story for this movie, it’s not in the movie that often and it only comes into play periodically as it tries to have Schist be the obvious villain while trying to make Man-Thing seem a bit more sympathetic. Even with it coming in, it feels unnecessary as it doesn’t add much else to the story other than trying to make it have something going for it instead of just a generic monster movie in the swamps. 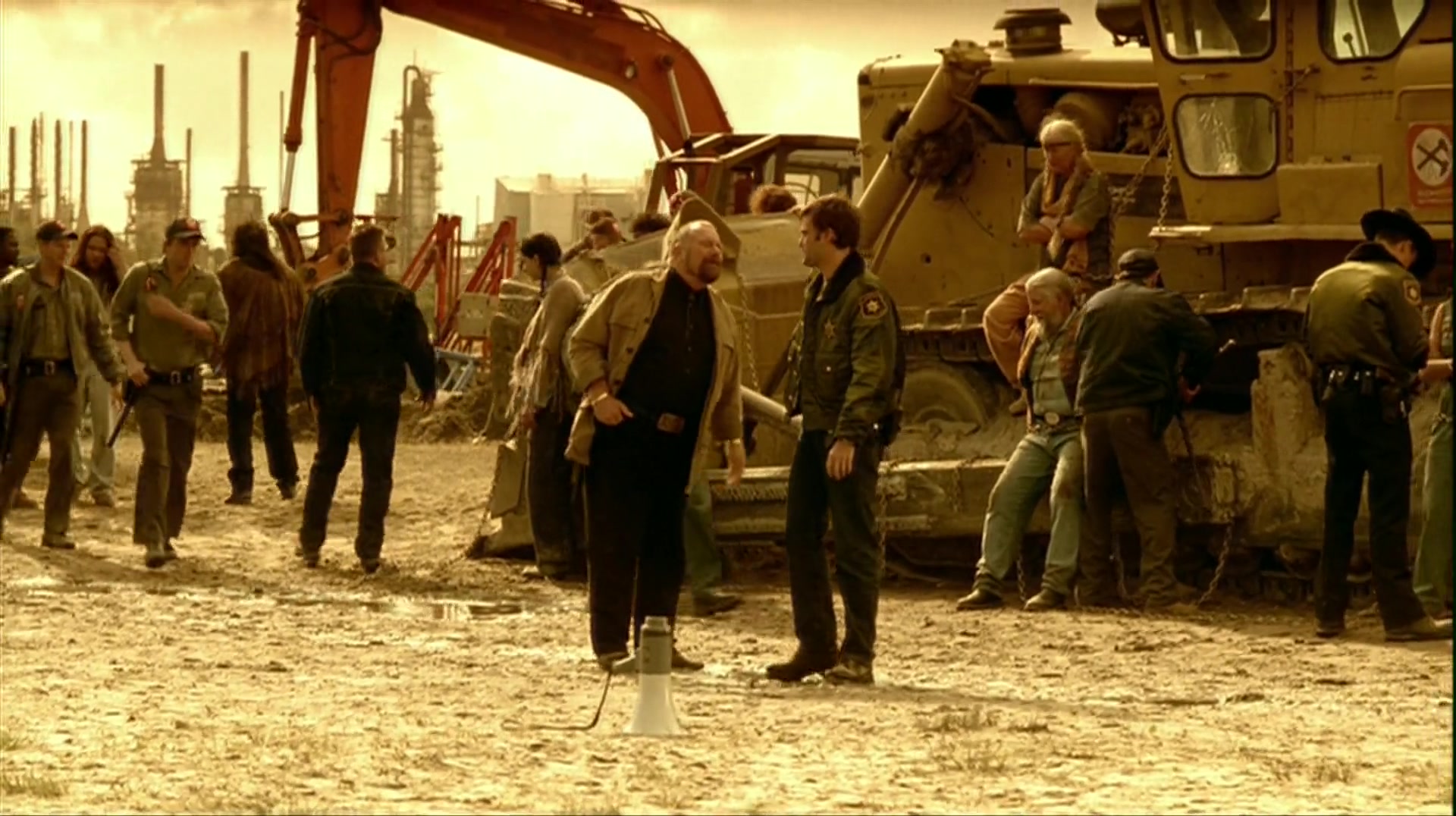 With our story fallen into generic territory, our characters tend to follow in the same path. the Sheriff is a city boy who took up the job in the swamp town and frequently laments about wanting to be in the city while still investigating the murders and disappearances. He gets a love interest who comes in the form of an elementary school teacher who is also an activist against Schist and the oil drilling. Their chemistry doesn’t really work as they are pretty against each other throughout the first half for no reason and then just end up together because that’s what the plot calls for. Fred Schist is a typical shady business man who has a bit of a southern flair to him to make him stand out. It’s pretty obvious he’s the villain right off the bat when you see him. There’s also a mysterious activist who spends all his time in the swamp and is easily the guy the sheriff tried to pin for the murders because he simply acts suspicious and that’s it (although, he did try to blow up an oil rig so that doesn’t help him at all). Everyone else isn’t really too note worthy as they all end up playing incredibly minor one note roles that end up becoming victims of Man-Thing throughout the movie. Aside from the big green guy, no one really stands out in the line up. 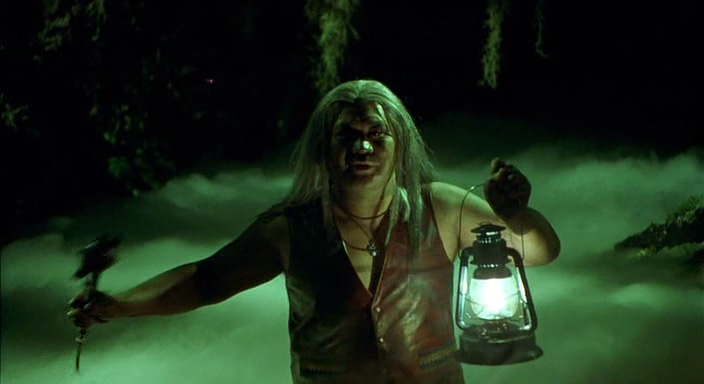 So, with all the humans being dull, how does Man-Thing hold up? Well, for starters, he’s only in the movie for about less than ten minutes and that’s pretty disappointing seeing as he’s the titular character. He’s briefly seen in shadows and mentioned here and there but you don’t really get a look at him until the near end of the movie. For his backstory, he is a spirit who acts as the guardian of a scared Native American territory which just so happens to be the swamps where Schist is operating. His origin story is barely connected to the comics as he is the protector of the Nexus of All Realities which acts as a portal between alternate dimensions (given how the MCU is taking the Multiverse route, it makes a lot of sense as to why they chose to bring him in now). Plus, he has some of his powers such as plant manipulation and teleportation but that’s really about it (basically is a plant based Jason Voorhees). Ted Sallis is mentioned but he’s not Man-Thing. Instead, he was a scientist friend of a local environmental activist who was killed before the events of the movie. While they tried to have him act as the antagonist in the movie, he comes off as a secondary one against Schist and even then (as previously mentioned) he seems more sympathetic as he’s protecting the land against people like him which turns him into an antihero. Given the monster movie treatment, it’s no surprise that it pales a bit to his original gentle giant nature that gets violent when he’s provoked.

For his design though, he actually looks pretty damn cool. It’s an entire suit that was made for the movie with only a few minor CGI touches and he looks awesome and is much more intimidating than his normal appearance. 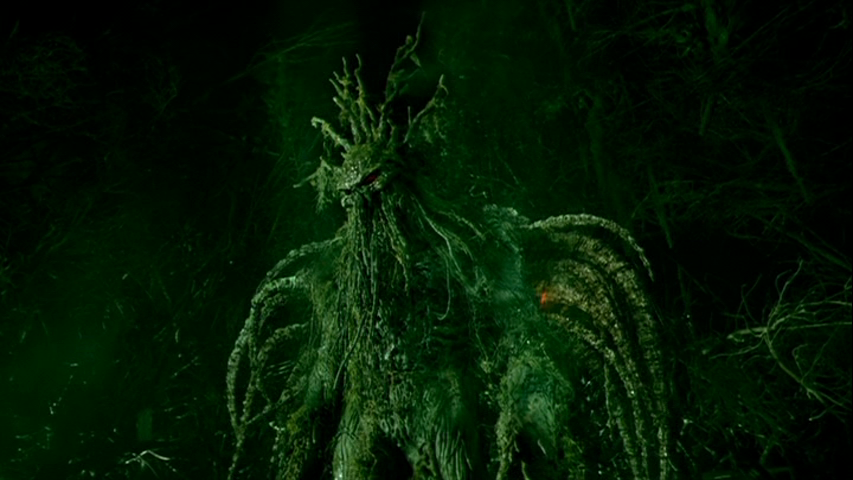 Final Thoughts: It’s an incredibly dull sit. They had a pretty cool character up for use and they didn’t end up doing anything with him that would make him interesting. The plot was predictable, the characters were dull, it’s not scary, and it doesn’t do anything to help it stand out against not only similar monster movies but Marvel movies as well. While, Man-Thing did end up having a pretty cool design, it wasn’t enough to save the movie or make it worth recommending in any way. If you want to have a Man-Thing that delivers much better than this movie, Werewolf By Night is easily the better option as he’s perfectly in character for it.

Tags: It Came From The Drive In Man Thing Man-Thing Movie The Creature 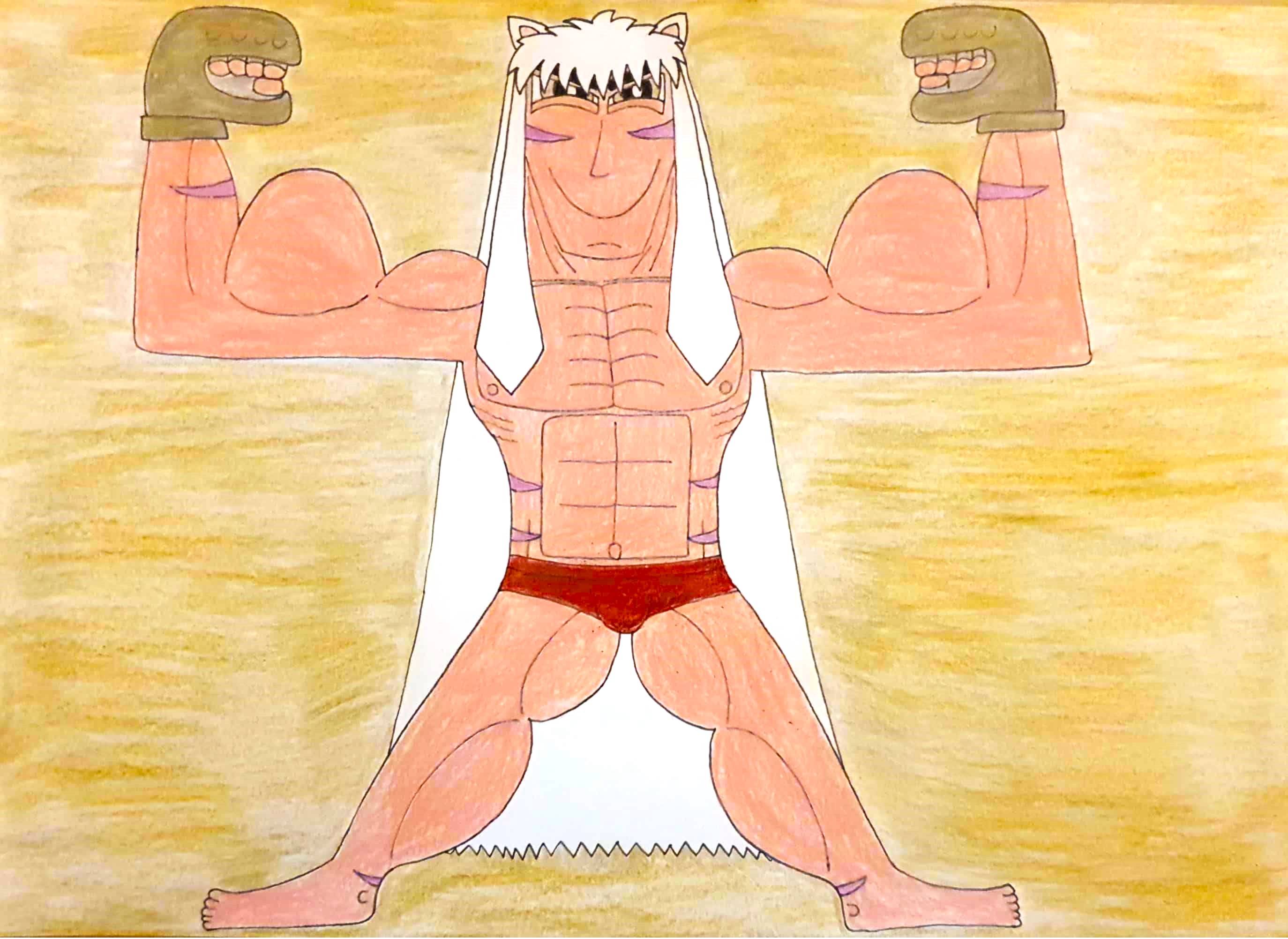