Earlier this year, we saw the big screen release of a movie that served as an origin for the true Buzz Lightyear. 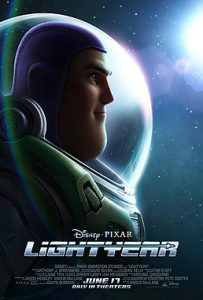 Though as many Millennials might tell you, there was a whole series dedicated to Buzz’s time in Star Command long before this movie came out. Even if Disney/Pixar nowadays pretends it doesn’t exist. It’s not even on Disney+. 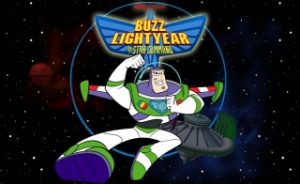 Nearly all mentions of this show have been scrubbed from the company.  The most you can find are images of characters at the gift shop for the ride at the various Disney Parks. 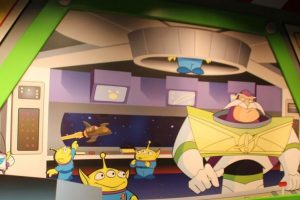 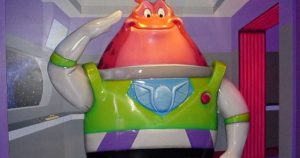 I mean when a new Lightyear documentary was released to promote the 2022 movie, the cartoon was not mentioned at all.  The best I can figure is John Lasseter hated this show but I don’t know why people are abiding by him.

A shame really as this episode brought in many interesting villains for Buzz to fight including a robot vampire that was a catalyst for the events in this episode,  NOS-4-A2. NOS-4-A2 (guess where his name comes from)  is an energy vampire that instead of feeding on human blood feeds on the energy of robots.  This makes what happens to our titular Wirewolf a little weird as I’ll discuss during that section.

The episode never explains how this works but during an attack with NOS-A-42, Space Ranger Ty Parsec is bitten by the energy vampire. I find it odd that a robotic vampire would have this effect on human/humanoid characters in most of NOS-4-A2’s other appearances, he’s a bigger threat to other robots such as XR.  Not to say that he isn’t a threat to the others but that is something to take into consideration with the episode and how it’s presented.  Also, it’s been a couple of years since I took a vampire class but I do think it has been established that some vampires can turn into wolves. 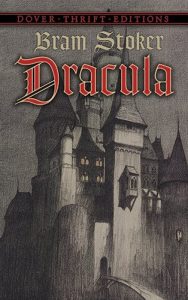 Count Dracula is an example as in the original book, that was one of the forms he was able to take on.  On the same token, I have to wonder if I’m overthinking this.  Yet at the same time, werewolves and vampires have a lengthy and historic relationship. 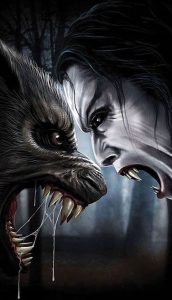 Again, I am perhaps overthinking this whole ordeal but it is interesting to look at the history between these creatures.   Also while I haven’t done this for the other entries, I think it’s key to look at how the character of Ty Parsec acted before being turned.  The guy was rather testy and resented Buzz for always having to save him.  In many ways, this makes sense as Buzz is always shown as a hero and that would get annoying if the Big Damn Hero is always saving you.

Him becoming the Wirewolf makes for a common trope that is seen in lots of media where before the person that becomes a werewolf, they are considered weak. I’m currently watching MTV’s Teen Wolf and that is a perfect example as before Scott is bitten, he relies on an inhaler but once he becomes a wolf, he no longer needs it.

It’s a dynamic that is always fun and in many ways, it helps establish who these characters can become whereas it makes Scott stronger and better, becoming the Wirewolf in many ways heightened Ty’s fears and brought out the worst of him.

Ty as the Wirewolf was not control in of his actions and would bite the robots protecting the base he was at, I believe in a way of going for their energy. Another classic trope that the episode plays with is that after Ty turns back into a human, we see him in his tattered clothes aware of the fact that he is the monster. This leads to a stakeout to try and capture the monster, which I believe is a good place to transition to the final segment.

In many ways, I’d say yes that he was as he proved to be a formidable foe for the heroic characters and we see even see this in a battle between Buzz and the Wirewolf. But Ty remembers who he is and stops himself from hurting Buzz but it took a lot for him to get to that point. Even before that, however, the way the episode showed him makes it clear that the Wirewolf is not a threat to take lightly.

We aren’t done with the Wirewolf quite yet as he appeared in one other episode and I’ll be looking at that soon. Join me for