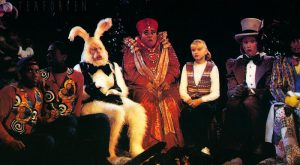 Adventures in Wonderland is one of the most 90’s shows to ever come from Disney Channel.  And I say that lovingly, it was a fun show that simple moral lessons for kids while also tackling some heavier subjects usually with a modicum of tact.  For the longest time though finding episodes of this show was rather hard as you’d have to scour the internet for good copies but then last year, Disney+ uploaded the entire series and at the beginning of the year, I binged the entire series save for the Christmas episode and what I am looking at today, the show’s second Halloween episode, An Adventureland Howl-oween.

Now I did watch this episode before my binge as I watched it last October.  This episode presents an interesting case as not only this is a Halloween episode, but it is also the final episode of the series.  Something to keep in mind with this episode and this series, in particular, is with it being a show meant for young kids, there isn’t continuity and no ongoing stories so these episodes could be watched at any time and played in any order.  Now, yes some new characters are introduced later on into the show’s run such as The Walrus but my point still stands. 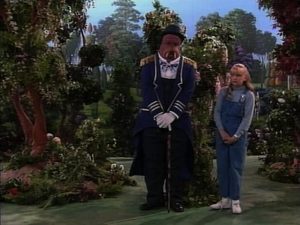 Even then, he didn’t appear in that many episodes.  So, it’s not too big a deal.  The other interesting aspect of this episode is that it is an anthology episode as the characters are telling scary stories around the campfire and I won’t be looking at all of them but rather just the one that pertains to the werewolf event.  This particular segment is neat as it does what you see a lot with kids’ properties around Halloween,  parodies of horror movies.   The segment presented in this episode seems to be a soft parody of what some people cite as the greatest werewolf ever made. 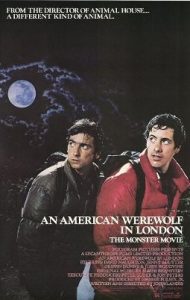 Yeah, I do like this movie but its director….oof.  Now unlike The Little Mermaid episode, I looked at yesterday which was a beat-for-beat retelling of The Wolf Man, this segment is a soft parody that is primarily using broad strokes as we see the Mad Hatter and March Hare coming back from a backpacking/camping trip. 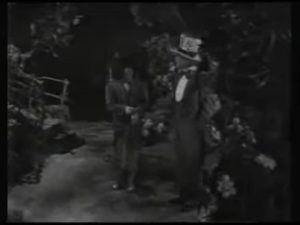 I apologize for the quality of the pictures as I captured these from YouTube. Now, with this being a kid’s show,  they couldn’t do anything as grotesque as this. 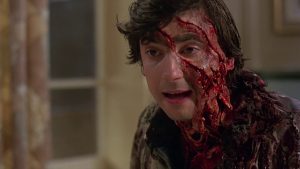 Still, it’s a fun and silly little segment that’s a nice celebration of the season.  Admittedly, the segment is short, only seven minutes long.  This does come from the fact that this episode is an anthology-style episode as we have three stories that are all riffs on classic monsters, with The Creature from the Black Lagoon and The Phantom of the Opera serving as the basis for the other stories. 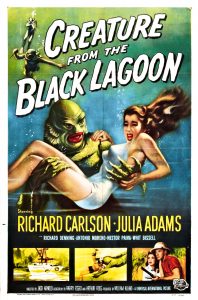 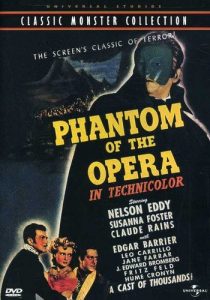 So, if nothing else I think it worked in making me interested in checking out these movies.

On a walk back from a camping trip, we learn that the March Hare had been scratched by a Were Hare after a lengthy musical number about how the Mad Hatter and March Hare aren’t afraid but soon proves to be false. 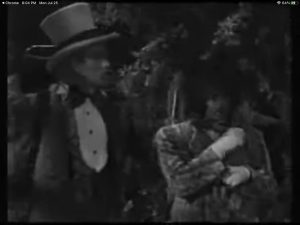 I do appreciate it being something different than just a bite as there are many different ways for one to transform.  Though Rapunzel’s Tangled Adventure still has my favorite example of how a kids show handles it by having the werewolf creature feed on anger.

But this still works and it is a way to keep things simple as the segment didn’t have much time but it still delivers a fun time.

How They Acted/Were They A Threat

I’m combining these two segments as again it’s rather short and there’s not a definitive answer here as the story ends right as Hatter takes notice of the Were Hare.  For most of the segment, he’s on the phone with his mom and we only get to see the start of this.  This is fine but that means there’s no answer to the latter question. As for the former, he was a giant animal.  I will say this much I do love the look of the Were Hare as it has the right balance of fun and scary for a kid’s show. 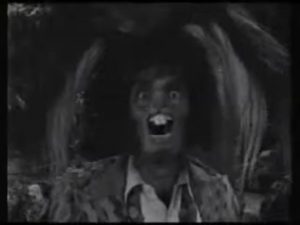 It’s a rather cool look and easily the best part of the segment.  Sorry, I didn’t have much more to say about this segment but there isn’t a whole lot to it.  It is fun and in many ways, it does tie into the theme of the episode that it’s okay to be scared. Though Alice is left rather unphased by most of these stories.  Ah well, still quite fun.  Join me tomorrow as we head to Star Command to look at a Wirewolf