Skip to content
Greetings, Splendid Seven devotees, martial arts aficionados, and fighting video game fans. Antoni here with another written entry focusing on Sesshoumaru, Shuran, Inuyasha, Hakkaku, Ginta, Ayame, and Shunran specialising in the martial arts they do. Today, I will be covering my seven most favourite Splendid Seven pairings in the forms of martial arts spars. As always, there are three platonic duos, two platonic trios, one romantic OTP pairing, and one romantic OT3 threesome. For those of you who have been reading my previous Splendid Seven entries, you probably already know who they are.
Whether platonic or romantic let alone in twos or in threes, the martial arts are always going to be about cooperation, respect, allegiance, discipline, humility, honour, integrity, and truth. It is not always about whose fists and feet get to fly the most or who gets to choke out their opponent in the most suffocating manner possible. Rather, it is about how two or three people can use their combat prowess well and work together as effectively as possible. With that said, let us sharpen our minds, clench our fists, jettison our limbs, and get into combat stances together, for these seven Yokai warriors are always prepared to work together in the pairings that make them the truly united family of martial artists that they are. Osu. Hajime.
Sesshoumaru and Inuyasha (BroTP): The Most Powerful Martial Artist Brothers
Stealthy lethalness and muscular strength are melded together by discipline, honour, integrity, and courage, as Sesshoumaru and Inuyasha the two dog Yokai brothers prepare themselves to show their opponents that two is better than one. Combining Sesshoumaru’s spear-hand strikes, ox-jaw strikes, and kneebars with Inuyasha’s double axe handles, ground-and-pounds, and armbars makes them a winning fraternal duo, for they can dish out one huge serving of ownage. Powerful attacks aside, Sesshoumaru and Inuyasha build each other up as inseparable brothers, thus encouraging each other in terms of strength and dedication.
Shuran, Hakkaku, and Ginta (BroT3): The Most Fearsome Vanquisher Brothers
Brute force, indestructible stamina, and quick reflexes are joined together by respect, self-respect, allegiance, and good attitude, for these three brothers consisting of Shuran the hulking panther Yokai as well as Hakkaku and Ginta the athletic wolf Yokai ready themselves to show their opponents that a bond of three makes for more dynamic attacks. Joining Shuran’s piledrivers and bearhugs with Hakkaku’s headbutts and elbow strikes and Ginta’s spinning backfists and knee strikes promises a world of pain to their attackers. Furthermore, Shuran’s, Hakkaku’s, and Ginta’s sturdy brotherhood keeps them united against animosity.
Ayame and Shunran (BroTP): The Most Dynamic Attacker Sisters
Relentless power and fearless agility are united together by justice, valour, compassion, and dignity, as these two sisters consisting of Ayame the wolf Yokai and Shunran the panther Yokai arm themselves to show their opponents that they have the right to do battle with every fighter they meet, and they will never go easy on them. Melding Ayame’s uppercuts, liver punches, and reverse punches with Shunran’s leopard blows, palm strikes, and nerve strikes together as one aims to destroy their enemies both inside and outside. Outside battle, Ayame and Shunran possess a close, warm, and unconditionally loving sisterhood for life.
Sesshoumaru and Shuran (BroTP): The Toughest Demolisher Duo
Both Sesshoumaru and Shuran embody copious amounts of physical, psychological, and mental power, strength, formidability, and fortitude rushing through their bodies, minds, and souls. The result of Sesshoumaru and Shuran joining forces is the permanent evisceration they can deliver to their opponents with no chance of the pain ever mitigating from them. When Sesshoumaru’s ridge-hand strikes, ox-jaw strikes, and roundhouse kicks are united with Shuran’s sharpshooters, German suplexes, and torture racks unite, they will unleash terror and excruciation to their enemies while demonstrating allegiance towards each other.
Inuyasha, Hakkaku, and Ginta (BroT3): The Strongest Bludgeoner Trio
There is no doubt that Inuyasha, Hakkaku, and Ginta represent true strength, formidability, and fortitude coming in numbers, thus using this principle to their advantage when combating against stronger and fiercer opponents. Once Inuyasha, Hakkaku, and Ginta band together, they will let their penchant for close-range combat and powerful blows show with pure abandon. This comes to effect when Inuyasha’s omoplatas and gogoplatas, Hakkaku’s overhand punches and hooks, and Ginta’s thrust kicks and shin kicks merge together to cause enough bloody damage as possible all while maintaining a genuine and loving brotherhood.
Inuyasha and Ayame (OTP): The Mightiest Champion Couple
The power couple that makes genuinely passionate love to each other sticks together even under the glaring heat of battle, especially if that couple happens to be Inuyasha and Ayame. They personify ferocity, fierceness, toughness, and super strength to the nines when combining Inuyasha’s magnificent muscles with Ayame’s laudable limbs, thus making their opponents quake at the sight of this mighty couple. Inuyasha’s Superman punches, double axe handles, and ground-and-pounds compliment Ayame’s reverse punches, uppercuts, and jabs to such a powerful effect that the ground could reverberate like crashing ocean waves.
Hakkaku, Ginta, and Shunran (OT3): The Fiercest Prize-Fighter Throuple
Two may be company, but three is definitely a whole lot of fun in terms of unconditional love, especially if Shunran is with her darlings Hakkaku and Ginta and vice-versa both in the pulsating heat of battle as well as when they are together in their chambers making love. These two wolf Yokai warrior cavaliers and this panther Yokai lady not only propel themselves with flexibility, persistence, valour, and stamina, but they would also make their opponents scarce by virtue of Hakkaku’s elbow slashes and front kicks, Ginta’s cross punches and thrust kicks, and Shunran’s finger strikes and split kicks powered by endurance, speed, and grace.
I hope you all enjoyed this, and I will see you in the next submission. Take care, stay safe, and never forget to defend yourselves well from harm, everybody.
Share on Social Media
twitterfacebookemail
Follow us on Social Media
twitterfacebookyoutubetiktok 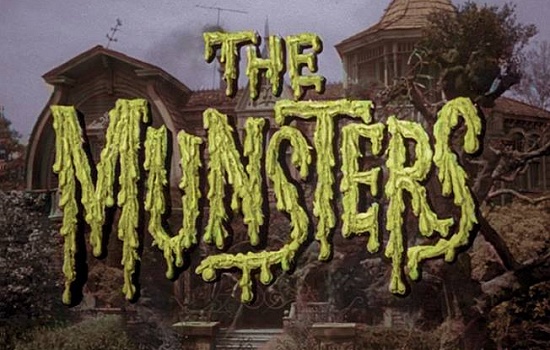