My goodness, we’ve gotten quite a few female-driven horror films this year. This latest one is The Invitation, the sophomore directing effort of Jessica M. Thompson after The Light of the Moon (an indie film that picked up widespread critical acclaim but went directly to streaming on Amazon) and two episodes as an apprentice director on “The Handmaid’s Tale”. The screenplay comes to us from Blair Butler, whose previous feature screenwriting credits were for Hell Fest and Polaroid.

I might add that the film stars Nathalie Emmanuel — a black woman in an overwhelmingly white cast — whose race and gender are crucial factors of the plot. Yet Butler and Thompson are both white women. And there’s not a single black producer listed, either. Taking in all of these different factors, it would be fair to say I was not expecting much from this movie.

And sure enough, “not much” is what I got.

Emmanuel plays Evie, an aspiring sculptor working a demeaning job as a caterer in NYC to try and make ends meet. What’s more, she’s recently orphaned after her father passed away many years ago and her mother is only a few months dead. Cliched? You bet your ass. But the film gets away with it because it clearly establishes the theme of family, and also the theme of the rich preying on the poor. We’ll come back to that.

Anyway, Evie gets the opportunity to send in a DNA testing kit. Long story short, Evie discovers that her great-grandmother was an uber-wealthy British lady who had a scandalous affair with a black footman, thus giving birth out of wedlock to Evie’s grandfather. Thus the DNA testing brings Evie into contact with her long-lost wealthy white cousins across the pond.

Her second cousin (Oliver Alexander, played by Hugh Skinner) is the first to make contact and quickly invites Evie on an all-expenses paid trip to a huge beautiful castle in the English countryside so she can attend an upcoming wedding and meet the rest of the family. I might add that Evie strikes up an immediate romance arc with Walter DeVille (Thomas Doherty) the handsome and charming lord of the manor. Important to note that Walt is only hosting the wedding as a longtime friend of the family, and isn’t a blood relative to Evie herself.

Before things go wrong, I want to stop here and say that I genuinely like how the movie sets up Evie’s desperate need to be part of a family unit. Using that as a sympathetic motivation to get her involved in the plot was a canny move. We’ve also got the socioeconomic factor and the racial clash in addition to the family angle, and the premise ties it all together beautifully. Very well done.

But things start going downhill when Evie arrives, only to find that nobody seems to know where the bride and groom are. Indeed, there are quite a few times when nobody seems to know who the bride and groom are. More importantly, the maids keep disappearing with alarming frequency, there are no mirrors anywhere in the house, the head butler is named freaking Renfield (Sean Pertwee, here playing a villainous retread of his Alfred Pennyworth routine in “Gotham”), we eventually meet a married couple named Jonathan and Mina Harker…

Folks, I’m gonna come right out and say it — the entire second act is dogshit.

The first fifteen minutes do a good enough job of establishing the protagonist, the premise, the themes, and so on. But the film spins its wheels for a good long hour after that, building up to huge reveals and plot twists that anyone with two brain cells could’ve seen coming at least 30-45 minutes in advance. We know exactly where this plot is heading, we know who and what the Alexander family is long before we’re ever explicitly told, and I personally spent two-thirds of the running time begging for the movie to get to the inevitable goddamn reveal already.

Yes, I get that the movie needed to take its time in establishing the central romance between Evie and Walt. But again, we already know that Walt is hiding something and we know whatever romance they have is built on at least one huge lie. Thus we’re left waiting for our romantic leads to scrap everything and start from scratch, which in turn makes all their screentime and development moot. And again, we know exactly what the big reveal is and what Walt’s big plans are, so why did we have to wait until the last half-hour to get on with it?!

But is the chemistry between them good, at least? Put it this way: There’s one particular sex scene in which Emmanuel spontaneously drops her robe… and the filmmakers somehow found a way to make it look boring. Blame it on the PG-13 rating or whatever (And seriously, why in the nine hells was this movie made with a PG-13 rating in the first place?!), but if these two smoking hot characters are naked and having sex in front of me and all I can feel is boredom, that’s not a good sign.

So, maybe the horror aspect can liven the second act up? No such luck. There’s an over-reliance on cheap jump scares, the editing is tepid, the atmosphere is terribly shot and lit, the kills are practically bloodless, the scares themselves are uninspired… it goes on and on from there. I can’t even call the scares bad, because even badly-presented horror would’ve been an improvement. This is just plain mediocre. It’s uninspired, lifeless, by-the-numbers, predictable, unremarkable, and what might be worst of all, extraneous. Seriously, I could swear the “horror scenes” were shoehorned into the second act in a desperate attempt at keeping up audience interest until the third act.

Granted, the movie does finally kick into gear in that last half-hour. When it’s too late. No joke, it’s like the filmmakers tried to cram an entire movie’s worth of scares and fight sequences into the last twenty minutes or so. Thus the film is back-loaded with so many action sequences that might’ve worked if they had been given enough space for proper development of set-ups and payoffs.

Because it’s a female-led action/horror with a paranormal bent, in which a poor young orphaned woman is invited to attend a wedding with a wealthy family of homicidal maniacs, comparisons to Ready or Not are unavoidable. And the comparisons do not work out in favor of The Invitation. The big difference is that Ready or Not dispensed with most of the big reveals at the end of the first act, thus spreading out the scares and fight sequences through the rest of the movie. Even better, that movie developed its world-building, characters, and romance arcs while the protagonist had no idea who to trust and the stakes for understanding the situation were so much higher.

The Invitation is a film trying pathetically hard to punch above its weight class. The film wants to be a race-conscious and socially aware horror film, but doesn’t have anywhere near the intelligence or courage to even sniff Jordan Peele’s coattails. (Hiring a black writer, producer, and/or director might’ve helped, just saying.) Hell, the film can’t even rise to the level of Ready or Not, because that movie actually knew how to handle its reveals and action scenes. For fuck’s sake, it’s a $10 million horror film with a late August release window and the biggest name in the cast is Nathalie Emmanuel — why the high holy fuck did these filmmakers hamstring themselves with PG-13 rated sex and violence when they had nothing to lose by going for broke with an R rating?!

It’s not a bad story, it’s just a badly told story. I genuinely hate to see such a wonderful premise wasted on flat characters, incompetent horror filmmaking, and a script so predictable that I was bored to freaking tears through the entire second act. We’ve already seen the good version of this movie, and it’s called Ready or Not. There’s no need to bother with this one. 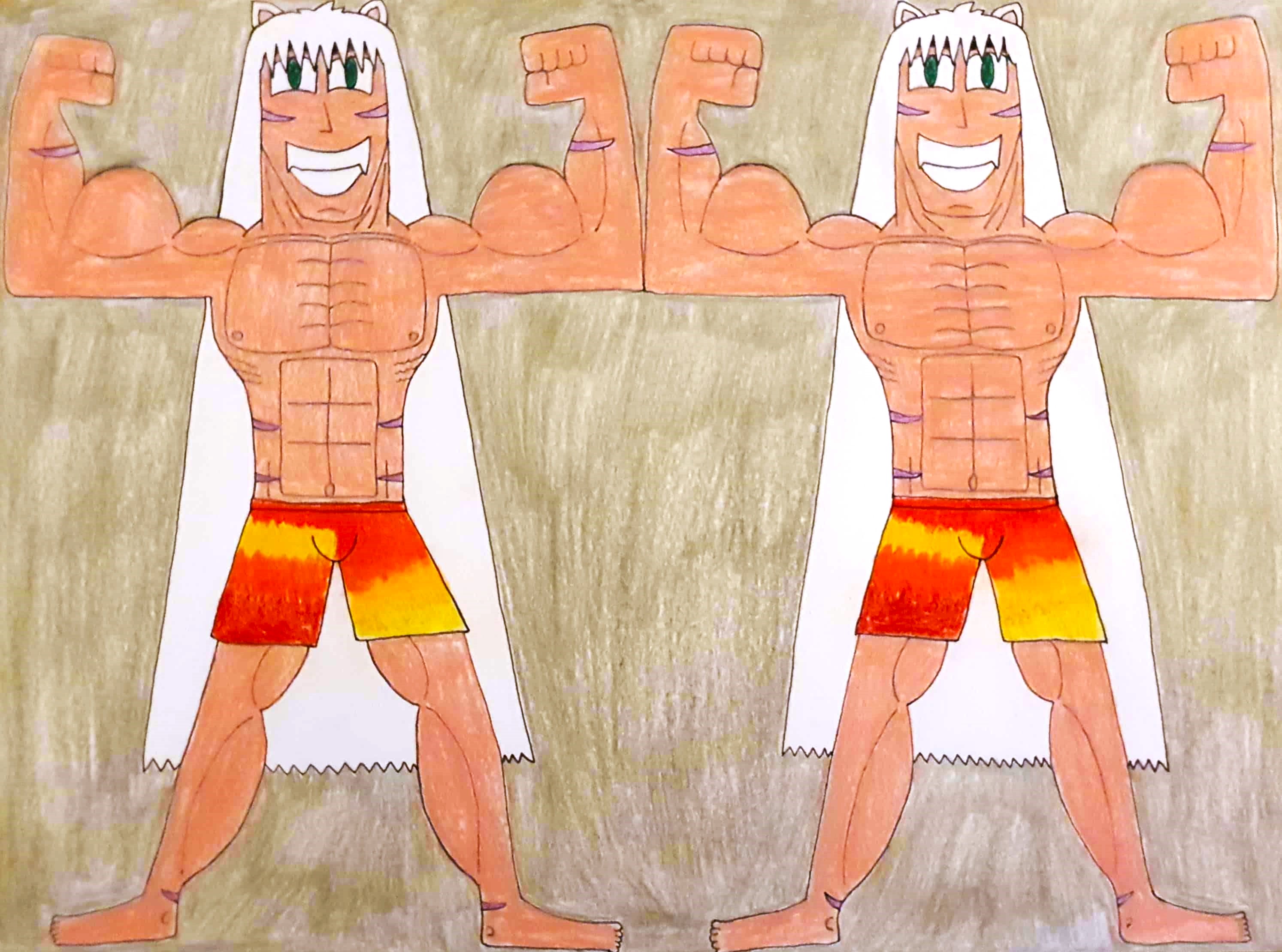