This piece of Inuyasha x Ayame next-gen fan art is dedicated to all of the wonderful Inuyasha x Ayame shippers of the world as well as those who fancy the idea of what their ideas of InuAya fan-made children would look like. Sit back, relax, and revel in Kenta’s and Keita’s virile manliness complete with a whole lot of muscles, toughness, and super strength, especially as a couple of rough-and-tumble muscle hunk twin brothers.

This is a redraw of my second-born 25 going on 26-year-old Inuyasha x Ayame or InuAya twin sons Kenta on the left and Keita on the right. As usual, I did make some changes in terms of stripe position, but I still managed to maintain their overall muscular manliness as the muscle twins. Yes, the final product of this did come out as darker, considering that I did my best to colour correct it and the fact that it took me until the evening to accomplish this drawing. However, I will leave it up to you to draw your own comparisons to the previous attempt of redesigning my first favourite InuAya sons Kenta and Keita https://www.deviantart.com/antoni-matteo-garcia/art/The-Superbly-Strong-Muscle-Twin-Sons-911882609. Nevertheless, this was still an enjoyable experience giving Kenta and Keita a bit of an update and retouch to their overall appearances.

Kenta and Keita are indubitably the Northern Yoro Tribe’s most powerful wrestlers, boxers, weightlifters, jujutsu practitioners, judoka, and Pankration specialists as well as the handsomest bodybuilders to ever grace the tribe. Their bulging biceps, alabaster abs, terrific triceps, and magnificently mighty muscles compliment their skills in delivering some serious piledrivers, Boston Crabs, ground and pound attacks, back-breakers, neck-breakers, chokeholds, arm bars, and submission holds. Opponents would never stand a chance against these magnificently muscular macho twins, hence Inuyasha proudly stating that Kenta and Keita are his most favourite sons, which their older brothers Masataka, Masaya, and Masaru and their younger brothers Kazuhiko and Kaito respect and support that title to a high degree. Furthermore, they put their radical wrestling moves, powerful punches, cataclysmic kicks, and magnificent muscles to great use when protecting their home from invaders.

Where personalities are concerned, it is easy to perceive Kenta and Keita as a couple of musclebound meatheads. However, they are a couple of funny, charming, lovable, and adorable gentlemen who love a good competition whether through bodybuilding posedowns, wrestling matches or weightlifting sessions. Despite their tendencies to show off, they are fully aware that there is a time and a place for everything. Kenta is the competitive and fiercely confident twin who is always ready for a match in Pankration, judo, jujutsu, wrestling, boxing, weightlifting, and bodybuilding while also carrying a fiercely loyal heart to those he cares for. Keita is the rowdily determined and impulsively rough-and-tumble twin brother who is just as focused and ready for any and every match in Pankration, judo, jujutsu, wrestling, boxing, weightlifting, and bodybuilding, but also really caring to those he calls his friends and his family. Together, Kenta’s and Keita’s brotherhood surpasses mere comradeship and has a genuine profundity that makes them truly indestructible. Inuyasha as well as Ayame could not have been any happier to have sons as fierce, strong, and determined as Kenta and Keita, and Kenta and Keita are just as happy to have Inuyasha as their super strong father and Ayame as their dedicatedly determined mother.

I hope you all enjoyed this redraw, and I will see you in the next submission. Take care, stay safe, and keep on showing your love for Inuyasha x Ayame as well as their children, everybody.

Kenta and Keita belong to me. 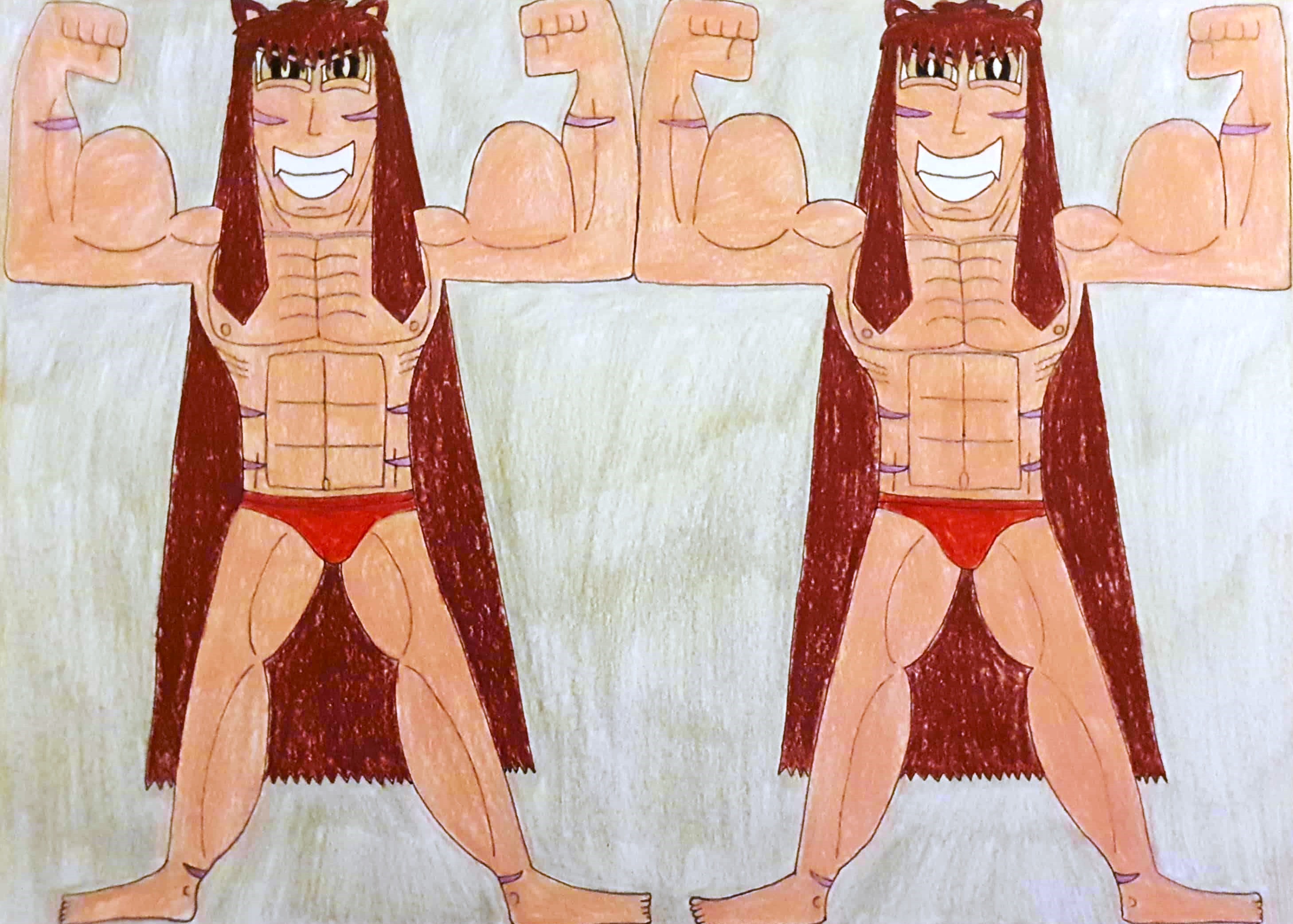 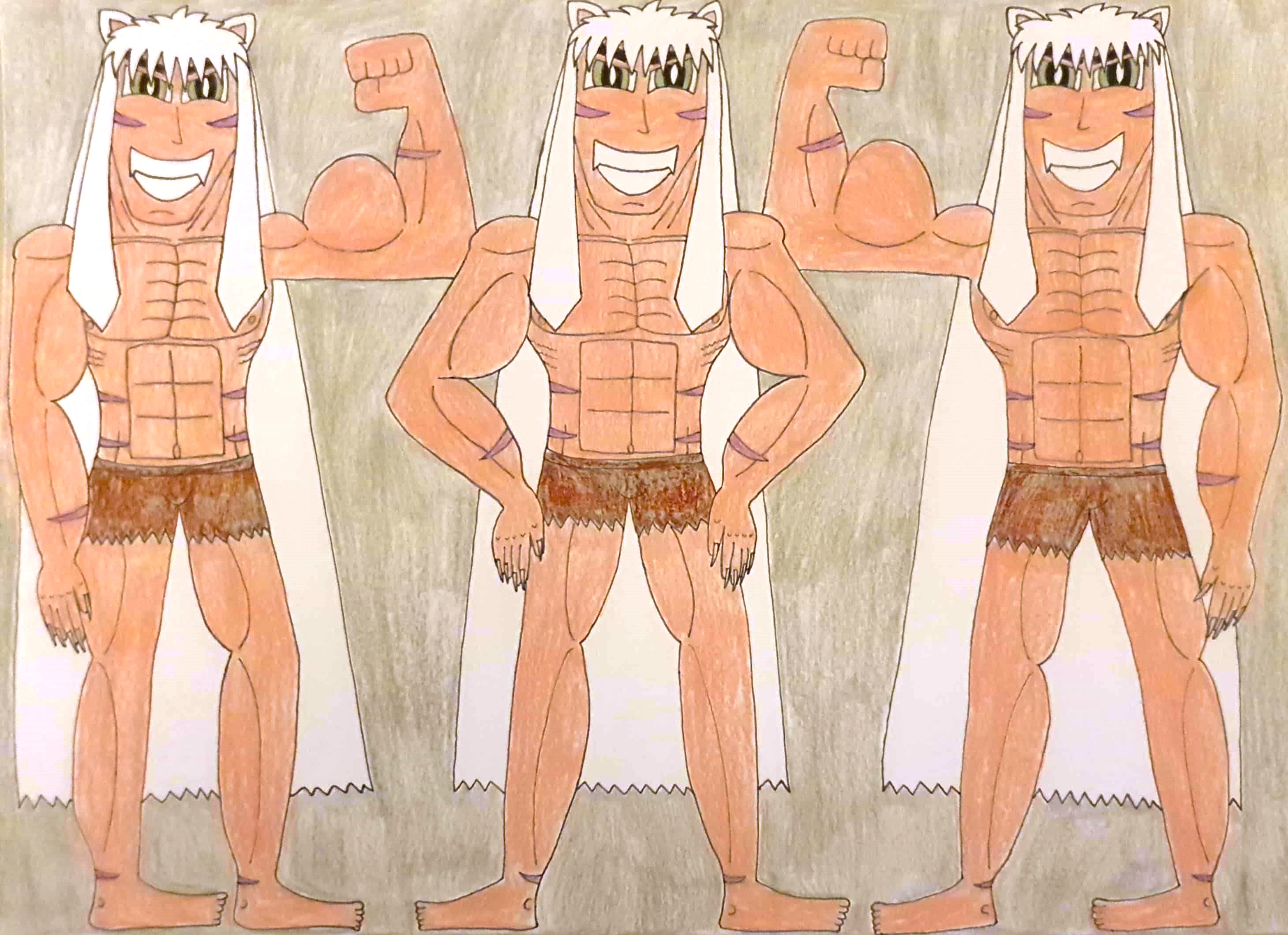