We have two mightily powerful combatants who have incorporated Karate, Jujutsu, Judo, Taekwondo, Pankration, Boxing, and Wrestling as their main martial arts in the forms of 41-year-old Sesshoumaru and 40-year-old Inuyasha seated in the centre flexing their tremendous biceps like the strong Alpha Males that they are as well as donning some really cool-looking shades to accentuate their overall virility. Behind these two dog Yokai martial artists are 40-year-old Shuran a panther Yokai wrestler specialising in Sambo, Vale Tudo, and Professional Wrestling; 39-year-olds Hakkaku and Ginta two wolf yokai strikers and clinchers respectively in Muay Thai, Lethwei, Pradal Serey, Kajukenbo, Sanda, Jeet Kune Do, and Pencak Silat; 37-year-old Ayame a wolf Yokai warrior queen and champion in Kickboxing, Hapkido, Koppojutsu, and Boxing; and 35-year-old Shunran a panther Yokai warrior queen and champion in Shaolin Kung Fu, Capoeira, Wing Chun, and Savate doing a fabulous double flying kick. It says something when Shuran, Hakkaku, Ginta, Ayame, and Shunran truly admire Sesshoumaru’s and Inuyasha’s sheer strength and power as martial artists and as individuals. Not only do Sesshoumaru and Inuyasha have the muscles, the combat prowess, and the manliness to conquer their foes and be an inspiration to their fellow Yokai martial artists, but they also have sufficient coolness and chillness that make them quite charismatic which is also a noticeable trait they have inherited from their equally awesome father.

I once again used the picture of Harley posing with MusclesGlasses and Furious Pete from the Epic Meal Time episode “Squeaky Grease Sandwiches” as inspiration, and I did my best to emulate that particular pose for Sesshoumaru and Inuyasha in the front and Shuran, Hakkaku, Ginta, Ayame, and Shunran in the back. For what it was worth, I managed to still enjoy it and felt really elated doing this particular pose inspiration again which was my initial idea to have Sesshoumaru and Inuyasha in the front doing the bicep flex in order for them to demonstrate that they are a brotherly duo of tough and strong warriors. Harley with MusclesGlasses and Furious Pete

With that said, I shall leave the floor to Shuran, Hakkaku, Ginta, Ayame, and Shunran to show their appreciative admiration to Sesshoumaru and Inuyasha.

Hakkaku: They got bodies of steel.

Ginta: And loads of determination to boot.

Ayame: Not to mention they are also really handsome.

Sesshoumaru: Do you enjoy what you see?

Inuyasha: I’m sure you do.

Sesshoumaru: Our biceps say, if you try to annihilate us, we will come after you and rain a barrage of chokeholds, strikes, joint locks, and submission holds on you. And nobody will hear you scream.

Inuyasha: But if you wanna support us and train with us, you are more than welcome because we will make sure you feel right at home. You will feel like family to us, and we will protect you all.

Sesshoumaru and Inuyasha (flex both biceps, as they contract): Ooooooh!!! Grrrrr!!!!

Sesshoumaru: That’s our way of saying, do you understand?

Inuyasha: You do? Good.

Sesshoumaru and Inuyasha: Then we and our biceps thank you from the bottom of our hearts for your time, and we hope to see you soon.

Thanks so much. I hope you all enjoyed this, and I will see you in the next submission. Take care, stay safe, and always remember that Sesshoumaru, Inuyasha, and their handsomely muscular bodies will guard you well from danger, everybody. 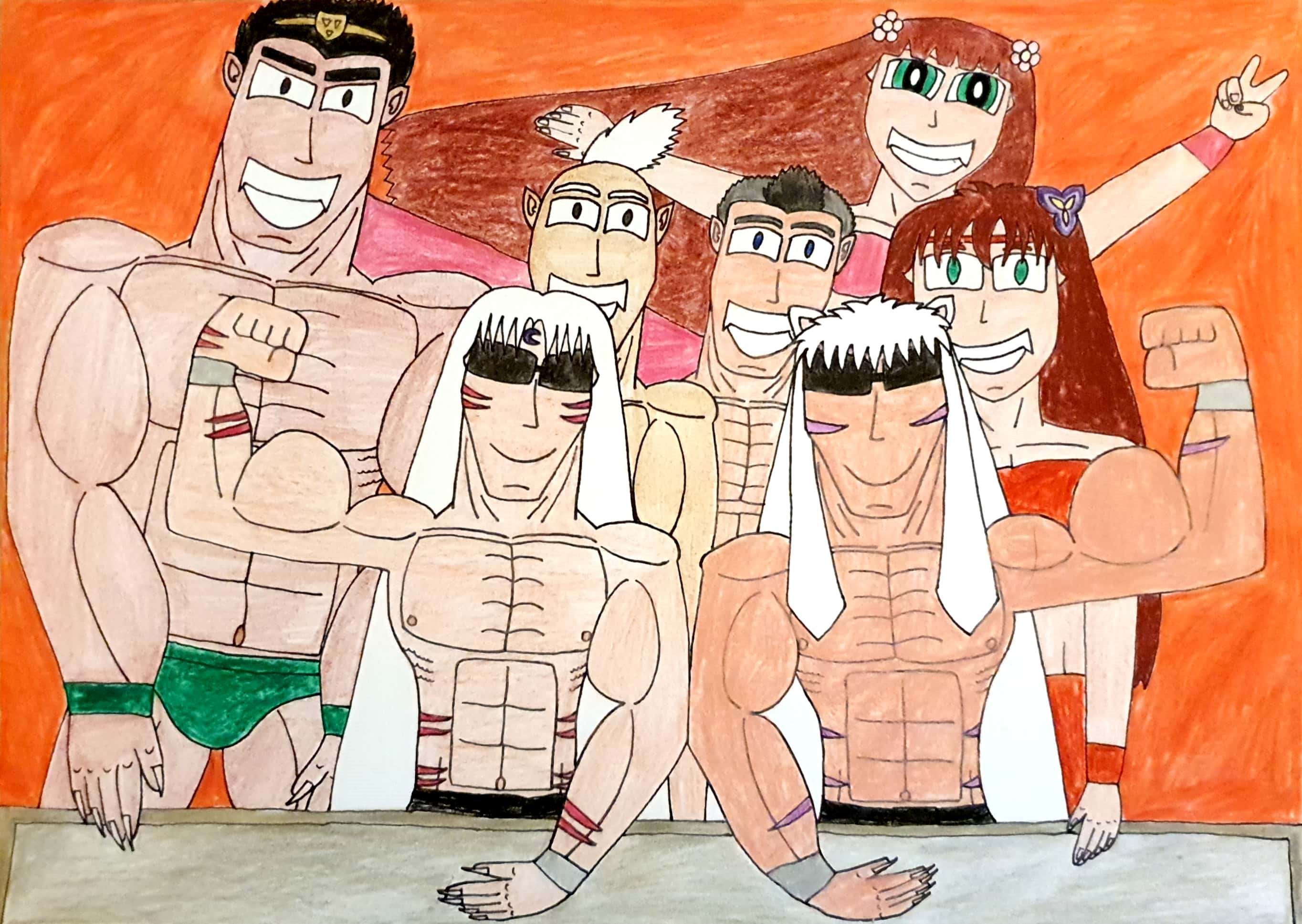