Back in 2014, I posted a list of my top 6 Comic Book Writers. I’ve edited it a bit, but all in all I think it’s aged pretty well. So here it is again.

A while ago, richb posted a list of his Top 5 Favorite Comic Book Writers. I thought I’d do something similiar, using writers who didn’t make richb’s list. Don’t get me wrong — I like many of the writers richb listed, too, but I don’t want any overlap between the lists.

Okay, so let’s begin. Here’s my Top 6 list of writers whose work in comic books still ranks highly among my favorites.

When Tom Defalco is at the top of his game, the stories he produces are entertaining, fun, and enjoyable for comic book readers of all ages. At his best, he manages to provide a good balance of characterization and action.

My particular favorite works of his are Spider-Man in the late 80’s-early 90’s, and of course Spider-Girl, a series that not only kept my Spider-interest going long after the main 616 Spider-Man titles had their Dethroning Moment of Suck (nearly a decade before ‘One More Day’, I might add), but is a refreshing change from all the dark, morose, grimdark comic books of the past decade or so. Tom Defalco has even said that we need more fun comics, as opposed to the dark and moody comic books that mainstream DC and Marvel had been throwing at us during the 90s and the 2000s. It’s a sentiment I wholeheartedly agree with. 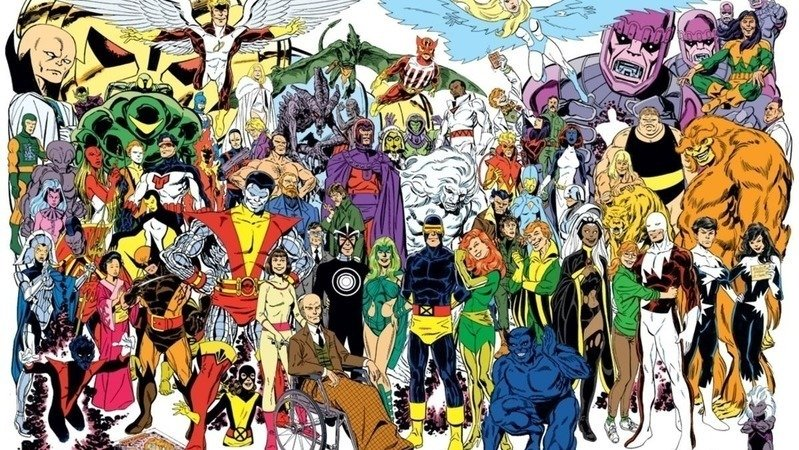 Chris Claremont is, of course, the writer who breathed new life into the X-Men, and had one of the longest runs of any writer, writing from 1979 to 1991. His strong, character-driven work on the X-Men in the 80’s, featuring classics like the Phoenix Saga and Days of Future Past, turned the X-Men from a forgettable team book into one of the most successful Marvel franchises around. Granted, in the late 80’s, his work on the books was subjected to more Executive Meddling due to the franchise’s success, but all in all the 80’s X-books, I’d say, still hold up very well today. One of the most notable qualities of his work is a reliance on strong female characters — the women in the books, such as Storm, Kitty Pryde/Shadowcat, Rachel Summers, Rogue, and even non-powered supporting characters such as Stevie Hunter and Moira MacTaggert — can definitely hold their own alongside the males. (Jonathan Hickman later retconned Moira to be a closet mutant at the start of the Krakoa era, but that doesn’t count as far as this post is concerned).

Claremont’s work with the X-Men had them dealing with anti-mutant prejudice, antagonists who wished to exploit mutants, and of course various incarnations of the Brotherhood of so-called evil Mutants. But while later writers would get stuck in a rut dealing with the above over and over again, Claremont also had the X-Men and the New Mutant face off against demons, aliens, and other threats not directly related to human-mutant relations.

Claremont also wasn’t afraid of the occasional change of pace story, such as where Kitty Pryde whimsically told a story of an alternate universe version of herself called Pirate Kitty, who along with Pirate Colossus stole from various bad guys, and encountered bizarre fairy tale counterparts of Cyclops, Jean Grey, Storm, Wolverine, Nightcrawler, and Professor Xavier in the memorable ‘Kitty’s Fairy Tale’. 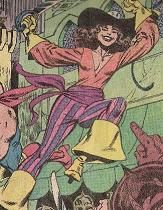 Claremont would sometimes rely on a few tropes that became tired with repetition, and be a bit over-expository sometimes, but all in all his work on the X-Men helped define them and made them into the big success they were in the 80’s and 90s’.

Dan Slott is also a writer who believes that comic books, as a medium, shouldn’t take themselves TOO seriously. He of course is the writer of the Great Lakes Avengers/Great Lakes X-Men/Great Lakes Initiative mini-series and specials, spotlighting a team of misfit super-heroes and their adventures. He also had a run on She-Hulk spotlighting Jennifer Walters (aka the She-Hulk) as a lawyer for a law firm dealing in cases involving superhumans/meta-humans. Both of those titles gave us wonderful bits of comedy and satire, with a lot of barbs directed at ‘event comics’, comic book writers, and continuity-obsessed comic book readers. But somehow, he also manages to tell stories that are entertaining enough on their own even if you’re not a big comic book fan. Even if you don’t get all the jokes, I think you’ll still find the above mentioned series fun and entertaining.

While Morrison’s X-Men run had both its good points and its bad points (and that’s a discussion for an entirely different blog entry), they’re still one of the most Genre Savvy writers in comic books, and it shows in their work. One of Grant Morrison’s critically-acclaimed works is All-Star Superman, a book that is considered one of the best Superman stories to come out within the past decade or so.

Skilled at not just Deconstruction, but Reconstruction, Morrison is a big fan of earlier, less cynical eras of comic books. Grant Morrison also had a highly regarded run on Animal Man, which concludes with a storyline where the title character, in search of meaning behind the recent events of his life, finds himself first meeting characters who’d been retconned out of the DC universe due to reboots and retcons. From there, Animal Man finds himself in Comic Book Limbo, which is portrayed as a sort of Island of Misfit Toys where forgotten comic book characters deemed too silly or too weird to fit in with modern comic books are sent. It all culminates in one of the best ‘protagonist meets writer’ moments I have ever seen in any medium.

Mark Waid is another comic book writer who believes that comic book storytelling can be dramatic without sacrificing the fun, the optimism, and the sense of wonder. He’s had a number of great runs on The Flash, Justice League, and Fantastic Four that keep hope and optimism intact while other comic books at the time were trying to be as dark and depressing as possible.

However, probably one of the best works Mark Waid has done is Kingdom Come with Alex Ross. One of the best Elseworlds stories ever written, Kingdom Come succeeds not only as a Deconstruction of the Nineties Anti-Hero, but as a strong story on its own about power and responsibility. While the scenario initially seems dark and dystopic, the ending is more optimistic than one might expect.

Gail Simone is another writer who fits the trend on this list of writers who don’t believe that fun is bad for comics. Like many of the writers on this list, she strikes a good balance between the lighter and darker elements of comic books. She knows when to be funny and when to be serious, and nearly all of her works are strongly character-driven. Her Birds of Prey run is among my favorite comic book runs (up until Executive Meddling reared its ugly head and had Black Canary taken out of the book, but that’s a rant for another day), and she’s also written Secret Six, one of the most interesting villain-focused series produced in recent  years. And of course, as someone who (even before she started writing for comics professionally) is well-known for being a strong proponent of well-written female characters in comic books, you’ll certainly see plenty of that in her works. All in all, I’d say her writing is well-worth reading.

I will add, of course, that the exact numbering DOES jump around in my head, as I’m terrible at ‘ranking’ stuff (hence why I haven’t done many of these ‘list’ articles). But all in all, these are the six comic book writers that come to mind when listing favorites that weren’t on richb’s list. Honorable mentions go to Marv Wolfman, Mike W. Barr, and Alan Moore, who made richb’s list.

Anyway, feel free to leave your comments and give your own thoughts and musings.

This article received the following comments.

Mignola is still a favorite of mine, but these are all quality writers. Good work

I believe a good amount of my childhood is in this list, so how I not like this list. A good amount of love in this, and brings an shine of gems through all the writers of comics come by through the years. Thumbs up on this!
richb
10:57 AM on March 30, 2014