Iron Fists and Muscles of Steel

Here we have 41-year-old Sesshoumaru and 40-year-old Inuyasha donning outfits inspired by Jin Kazama from the Tekken franchise. Given how Jin Kazama as well as Hwoarang and Steve Fox have been great friends to Sesshoumaru and Inuyasha ever since they were young men, Jin himself gave both brothers his hand-me-downs as gifts for being the greatest people he has ever met, sparred with, fought against, and hung out with. He, Hwoarang, and Steve find it quite intriguing that both Sesshoumaru and Inuyasha have been mentored by his father Kazuya Mishima and Steve’s father Paul Phoenix as well as Ryu Hoshi, Ken Masters, T. Hawk, Guile, Charlie Nash, Alex, Ryo Sakazaki, Robert Garcia, Terry Bogard, and Andy Bogard. Therefore, Sesshoumaru’s and Inuyasha’s great friendship with Jin Kazama plus Hwoarang and Steve Fox can never be denied.

While both Sesshoumaru and Inuyasha don Jin’s signature outfits so well, they behave more like Ryu Hoshi and Ken Masters as well as Kazuya Mishima and Paul Phoenix in terms of brotherhood to the point where they are the Ryu and Ken of The Splendid Seven. Sesshoumaru’s reservedness and high discipline makes him akin to Ryu Hoshi, while Inuyasha’s brashness and toughness make him akin to Ken Masters. One cannot forget that T. Hawk, Guile, Kazuya, Paul, Ryu, and Ken have really helped Sesshoumaru and Inuyasha reach their peak physical condition, for they have had a regimen of weightlifting, muscle building, Kumite sessions, Katas, cardio workouts, and strength training which has seen them grow into super strong and potently powerful warriors. Moreover, Sesshoumaru’s and Inuyasha’s father developed his brand of martial arts known as Taisho-style Ansatsuken which is basically a combination of Shotokan Karate, Kyokushin Karate, Shito-Ryu Karate, Shorin-Ryu, Goju-Ryu Karate, Kenpo Karate, Taekwondo, Hapkido, Judo, Jujitsu, Pankration, Boxing, Wrestling, Bokator, and Kapu Kuialua. Bear in mind that Sesshoumaru and Inuyasha have been training in Taisho-style Ansatsuken ever since they were little children with the catch being that Sesshoumaru’s long stances, precise attacks, and accurate timing lean towards a mixture of Shotokan Karate and Taekwondo while Inuyasha’s mighty blows, fascination with close-contact combat, and tendency to do so much collateral damage to his opponents lean towards a mixture of Kyokushin and Pankration. If it were not already clear, both the Inu Brothers have the moves, the muscles, and the experience to illustrate how serious they are as mighty combatants willing to give their opponents a huge portion of takedowns, ground and pound attacks, grapples, and fatal strikes galore.

Just remember that Sesshoumaru and Inuyasha are proof-positive that they are the strongest fighters of The Splendid Seven, and they have the mighty muscles as well as the powerful moves to prove just that. Let us also not forget about the great connections they have with their best friends for life Jin Kazama, Hwoarang, and Steve Fox, especially since Jin gave both Sesshoumaru and Inuyasha his signature attires as hand-me-down gifts, and their mentors Ryu, Ken, Kazuya Mishima, Paul Phoenix, Gouken, Akuma, T. Hawk, Guile, Charlie Nash, Alex, Ryo Sakazaki, Robert Garcia, Terry Bogard, and Andy Bogard. Opponents should be warned about how powerful these dog yokai warrior brothers really are.

I hope you all enjoyed this, and I will see you in the next submission. Take care, stay safe, and always be prepared to defend yourselves, everybody. 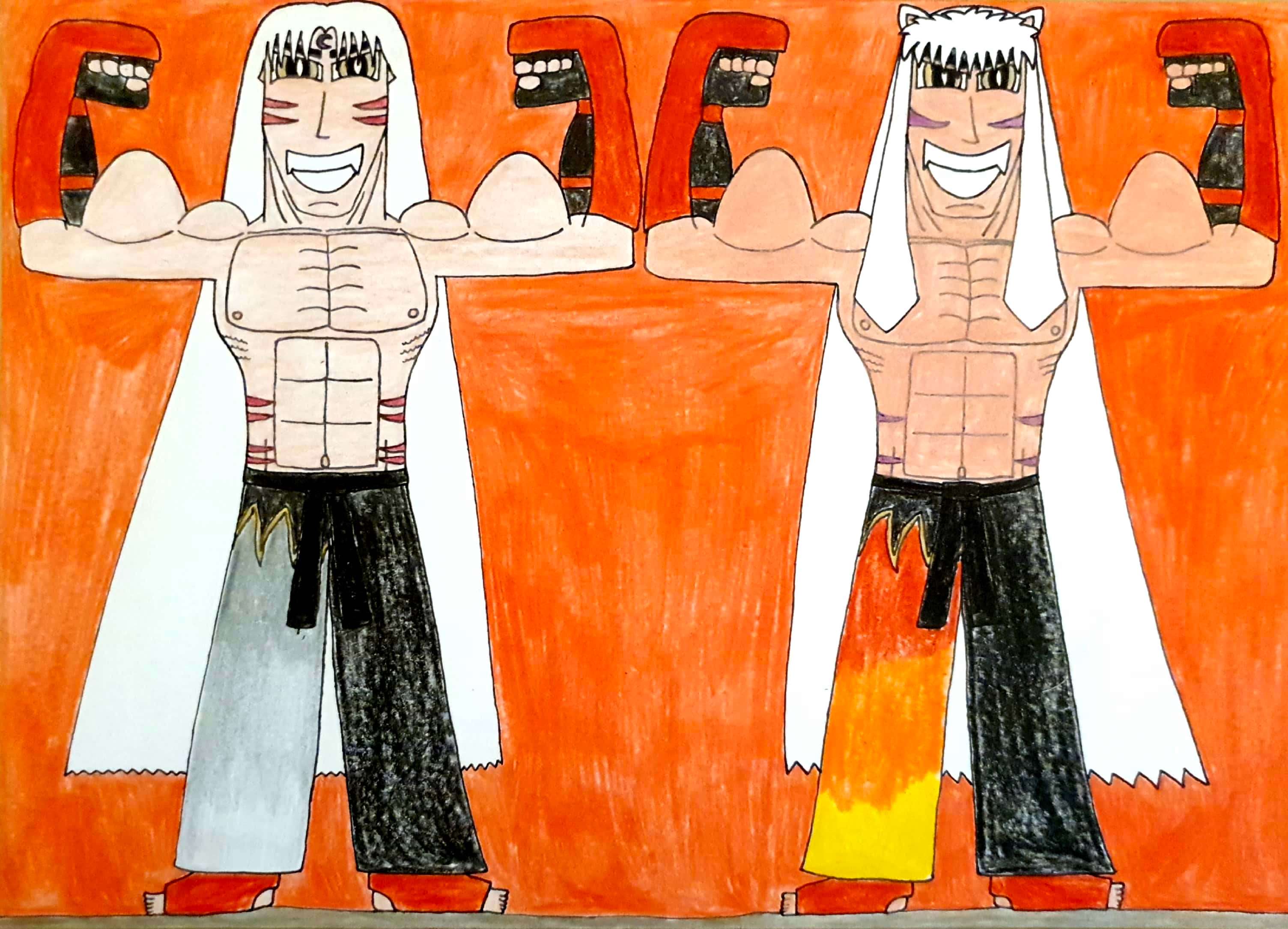