This piece of Sesshoumaru, Shuran, Hakkaku, Shunran, Ginta, Ayame, and Inuyasha fan art is dedicated to snitchpogi12, AyosDesignz, Death-Driver-5000, Advanced-Dorkness, IamFuyori, BrYttBRatt, and ConorTheSimpsonsFan who are celebrating their birthdays today. So, I wish you a lot of love, joy, beauty, fortitude, prosperity, abundance, and hope on your very special days and in your lives as artists and as people. This is also dedicated to everybody who loves the idea of Inuyasha, Shuran, Sesshoumaru, Hakkaku, Ginta, Ayame, and Shunran morphing into the Mighty Morphin Inurangers. Sit back, relax, and it’s morphin’ time!

The time has come for our main seven teenage Yokai warriors with attitude to morph into the Mighty Morphin Inurangers. It looks like Zordon and Alpha 5 outdid themselves in appointing seven overbearing and overemotional supernatural combatants to become an elite team of superheroes to defeat monsters and demons no matter where they are or what the occasion is. Furthermore, I am certain that those of you who have grown up with Mighty Morphin Power Rangers and Inuyasha might find yourselves getting extremely excited about the thought of Sesshoumaru, Shuran, Hakkaku, Shunran, Ginta, Ayame, and Inuyasha doing the Morphin’ Time roll call. In fact, can you imagine if David Kaye as Sesshoumaru, Scott Logie as Shuran, Alistair Abell as Hakkaku, Jocelyne Loewen as Shunran, Paul Dobson as Ginta, Natalie Walters as Ayame, and Richard Ian Cox as Inuyasha do the Morphin Time roll call from Mighty Morphin Power Rangers? I am sure it would be absolutely blissful. For those of you who grew up with both Inuyasha and Mighty Morphin Power Rangers, I think you might be thoroughly amused and excited by that prospect even to the point where they could potentially out Morphin’ Time the likes of Jason David Frank as Tommy, Walter Emanuel Jones as Zack, Amy Jo Johnson as Kimberly, David Yost as Billy, the late and great Thuy Trang as Trini, and Austin St. John as Jason.

Now, I know I am going to hear some hardcore Power Rangers fans screaming at me saying that Tommy’s Tigerzord and Dragonzord Power Morpher’s are supposed to be gold. I can understand your grievance, but please hear me out. My Mighty Morphin’ Inurangers AU headcanon, and to that extent the subsequent Inurangers AU headcanon seasons, has seven main let alone original members instead of the usual five and then six members. This means that there were already seven power coins and seven power morphers in store for the main seven teenage Yokai warriors with attitude. Regardless of what happens in the comment section, it is undeniable that there is no demon too scary or monster too huge for the seven Mighty Morphin Inurangers to overpower.

This was a long time in the making, as this was at the back of my mind for several months. Drawing this was no easy task, for it took me nearly two days to complete, and I had to really do my best to emulate what the original power morphers looked like while giving my own spin on it. It was a challenge I accepted with grace and enthusiasm. I am so happy that I managed to accomplish this. 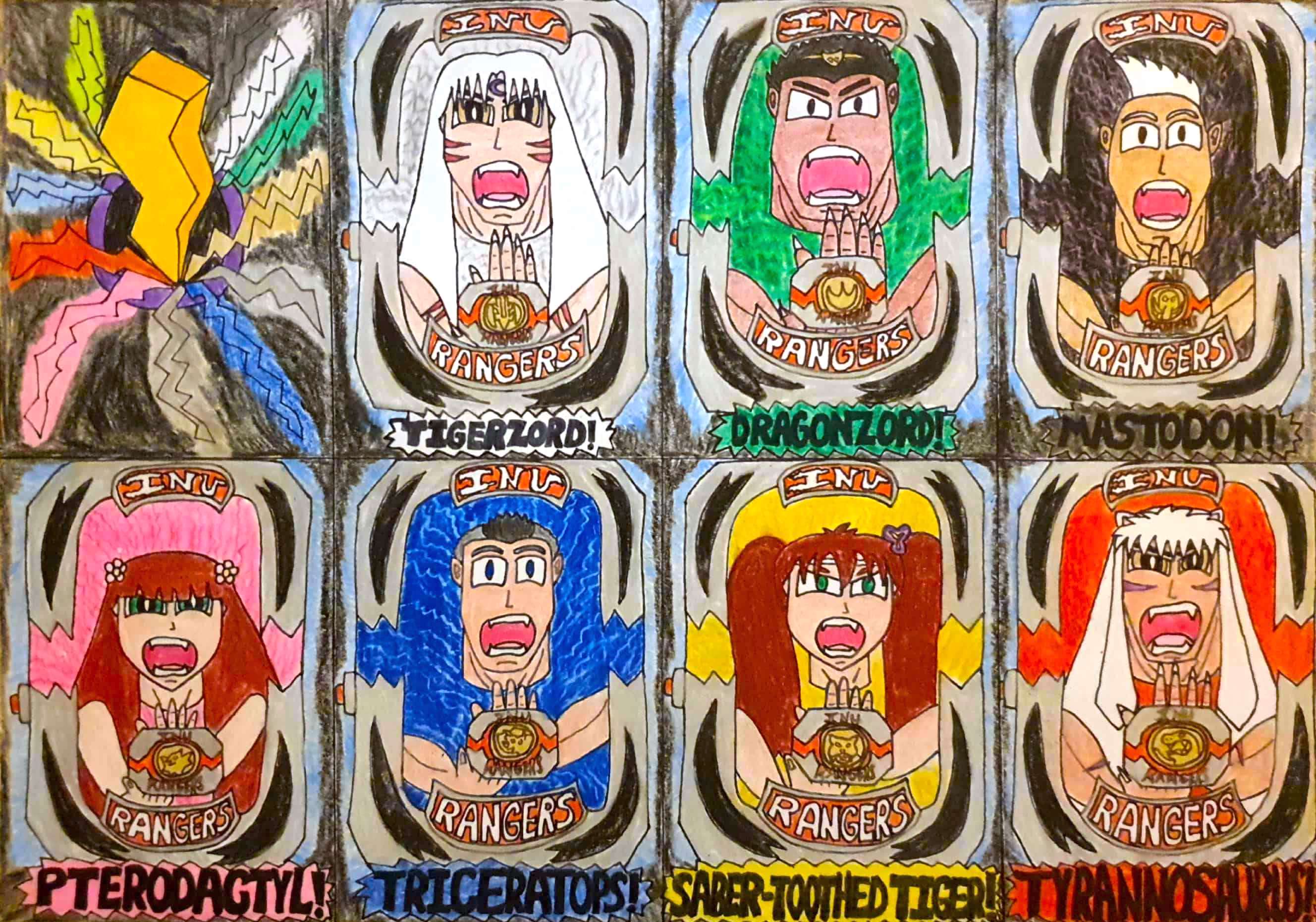