This “What if Character was in This Scene/Episode/Story” meme originally belongs to MagicalKeyPizzaDan and is dedicated to all of my friends, fellow artists, and fans who admire the Mighty Morphin Power Rangers, Jason David Frank’s tenure as Tommy Oliver during the show’s run as well as his stint in his first karate instructional video within the Power Rangers franchise, and The Splendid Seven consisting of Sesshoumaru, Inuyasha, Shuran, Hakkaku, Ginta, Ayame, and Shunran. Sit back, relax, and revel in how Jason David Frank would be happy to have Sesshoumaru, Inuyasha, Shuran, Hakkaku, Ginta, Ayame, and Shunran as his guest students in 1994 back when he was a young adult and the seven Yokai warriors were children.

We find ourselves back in 1994, as Jason David Frank was around 21 years old during the time of this particular karate instructional video. While Sensei Frank is training his young students in the main art of karate, seven young Yokai martial artists arrive at the Angel Grove Gym and Juice Bar in their respective martial arts uniforms. They are 13-year-old Sesshoumaru, 12-year-olds Shuran and Inuyasha, 11-year-olds Hakkaku and Ginta, 9-year-old Ayame, and 7-year-old Shunran. Sensei Frank and his students are overjoyed to see them because each of them specialise in various martial arts. 13-year-old Sesshoumaru and his 12-year-old brother Inuyasha are black belts in Shotokan Karate, Kyokushin Karate, Tae Kwon Do, Hapkido, Judo, Japanese Jujitsu, and Brazilian Jujitsu. 12-year-old Shuran is a black belt in Brazilian Jujitsu and Japanese Jujitsu while growing in Professional Wrestling. 11-year-old Hakkaku has been learning Muay Thai ever since he was a 3-year-old boy. 11-year-old Ginta has been learning Lethwei and Sanda when he was also 3 years old. 9-year-old Ayame has been growing as a practitioner in Nippon Kenpo and Kickboxing. 7-year-old Shunran has been studying Capoeira and Shaolin Kung Fu ever since she was a toddler. Sensei Frank introduces his students to the young seven Yokai martial artists, as Sesshoumaru, Inuyasha, Shuran, Hakkaku, Ginta, Ayame, and Shunran have been learning and competing in their respective martial arts ever since they were very young children and have been gaining acclaim in Japan and in the world for their prodigious martial arts skills. They have even displayed dedication and determination in growing as martial artists and as individuals. In return, Sesshoumaru, Inuyasha, Shuran, Hakkaku, Ginta, Ayame, and Shunran have been adoring Sensei Frank and his stint as Tommy Oliver on Power Rangers.

In order to demonstrate how powerful and skilled Sesshoumaru, Inuyasha, Shuran, Hakkaku, Ginta, Ayame, and Shunran are, Sensei Frank prepares training pads for them to knock down as he commands specific attack combos. First, he commands Shunran to throw a crescent kick, flash kick, backfist combo which she does. Second is Ayame and her axe kick, right hook, left cross punch combo. Third is Ginta and his knee strike, elbow strike, head-butt combo. Fourth is Hakkaku and his knee strike, elbow strike, shin kick combo. Fifth is Shuran and his palm strike, joint lock, arm bar combo. Sixth is Inuyasha and his uppercut, hook, spinning back kick combo. Last but not least is Sesshoumaru and his reverse punch, jab, roundhouse kick combo. After that demonstration, Sesshoumaru, Inuyasha, Shuran, Hakkaku, Ginta, Ayame, and Shunran remain for the rest of the class and serve as sparring partners and demonstration assistants for Sensei Frank’s students, thus making his class even more fun and interesting. 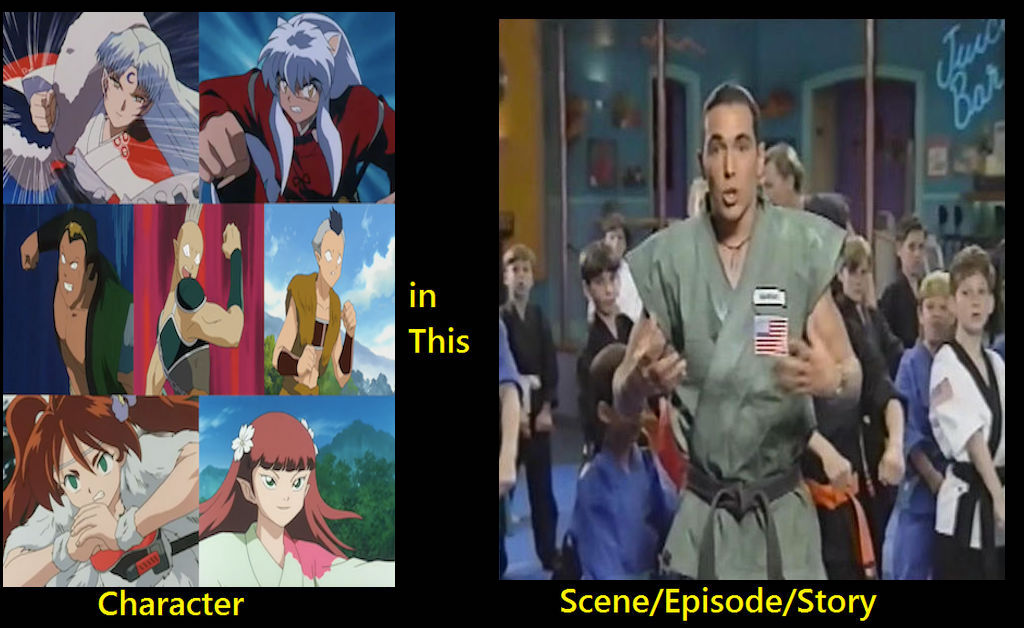 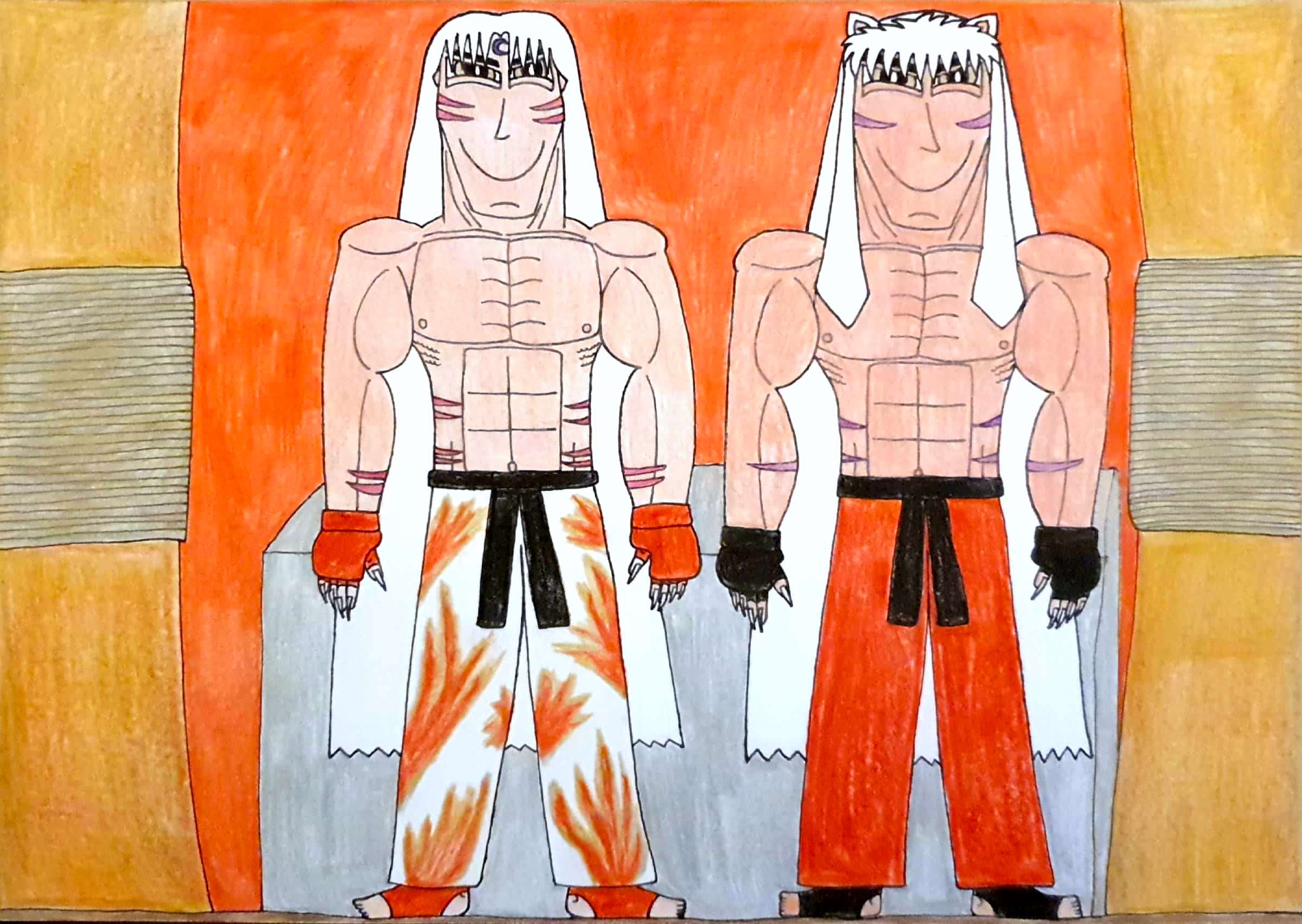