This was from back on May 1. Hello, everybody. Antoni here. It’s been two days since I turned thirty years old. This decade in my life is already starting to become more interesting than I thought, and I know fully well that it is going to present challenges along the way. These challenges are going to help me grow as an artist, a content creator, a performer specialising in singing, acting, and voice acting; a media, film, television, literature, music, anime, and cartoon aficionado; a critic focusing on film, television, music, and animation; a student majoring in English and minoring in Musicology, and an overall person. For that, I say stoke the fire, feed the flame, light up the vessel, and name the game because I am more than pumped up to give myself the kick up the backside as a means for me to be more determined than ever.

I want to thank each and every one of you who greeted me for my 30th birthday. You definitely helped me make my transition to this new decade called my 30s more worthwhile, and I am looking forward to the new challenges that are set before me. I am in that conflicting mixture between anticipation and uncertainty, but I am more than happy to accept anything and everything that will help me to keep on thriving as I live my life. Regardless of who you are, relative, friend, colleague, teacher, mentor, fellow reviewer, fellow artist, fellow voice actor, fellow singer, fellow actor, fellow content creator, and/or fellow aficionado of media, film, television, literature, music, anime, and cartoons, I am very blessed and grateful for the birthday greetings you have given me, and I too wish you abundance, encouragement, and beauty in all of your lives.

Reaching 30 has also made me realise just how far I have come. I went through pre-school, kindergarten, grade school, middle school, and high school from 3 to 18 in Cebu, Philippines through different schools. By the time High School came into play, I experienced what it was like to strive and struggle to get through the day, achieve my dreams, and acquire everything I wanted with so much hard work, specifically when my junior and senior years have seen me be a student teacher for two days and, despite me not graduating at the top of my class, I ended up graduating with honours, which was the best thing to ever happen to me as a teenager. Yes, there was the obligatory bullying, condescension, ruthlessness, nastiness, cattiness, and gut-wrenching snideness that was inflicted on me time and time again that still made me reel at those who were horrible enough to test my patience, mercy, and kindness, but Karma really had a way of turning things around in my favour for better or for worse. I went through vocational training as an actor at age 19 in film school before turning 20 also in Cebu. At age 20, I furthered my actor’s training for over three years here in Berlin. Three months before I turned 24, I did the German equivalent of a GED known as Abitur for Erwachsene and knew what it was like to fully integrate into the German system of education. At 27, I ended up being accepted into Freie Universität Berlin and Humboldt-Universität zu Berlin, with me ending up in the latter. I have never regretted any of these decisions ever since because these institutions made me embrace how harsh yet necessary experience is as my personal teacher and how I can turn all of what I am passionate about into career paths and make something productive of myself.

Outside my educational endeavours, I have also learned what it was like to grow my own content through vlog-style reviews with a focus on opera, concerts, musicals, ballet, anime, film, cartoons, and live action shows, drawing fan art, writing opinionated discourses revolving around least to most favourite animated characters and pairings whether in Western cartoons or Japanese anime, and doing my best to engage my audience as well as use the skills I had in singing, acting, voice acting, and drawing to make something of myself. I have come to enjoy partaking in discussions and discourses with my watchers, my friends, my fellow content creators, and my fans regarding anime, cartoons, television shows, films, comics, opera, and musicals on a critical level because part of entertainment is also about reflecting on what we as viewers and readers consume on a near daily basis and realising that using nostalgia as an argument is flimsy at best, thus having to use stronger arguments to support the how and why of any reason we formulate. For that, I am entirely blessed and elated.

I am also just as elated to have found my niche in developing AU headcanons for shows and comics that I have enjoyed ever since I was young and some that I have rediscovered.

Aside from The Splendid Seven, I am also just as excited to keep on developing my two most beloved jungle warrior headcanons. The animated version consists of Namontack, Kocoum, Hercules, George of the Jungle, Basuli, Tarzan, and Maugli in which the four jungle warrior brothers George, Basuli, Tarzan, and Maugli find themselves falling in love and being in conjugally romantic relationships with the two Powhatan warrior brothers Namontack and Kocoum and the Greek demigod Hercules complete with a lot of muscle-flexing, virility, great combat prowess, and musclemen just loving each other to bits. The comics version consists of Kavandavanda, Bundroc, Tarzan, Malb’yat, Arok, Sheena, and Jana being a super strong, super powerful, and super sexy jungle family where the jungle kings Kavandavanda, Bundroc, Tarzan, Malb’yat, and Arok partake in bodybuilding pose-downs, wrestling, boxing, kickboxing, weightlifting, and Pankration, and the jungle queens Sheena and Jana partake in wrestling, boxing, and kickboxing. Both versions of my jungle warrior headcanons are going to see them use their muscles, claws, fangs, fists, super strength, and incomparable combat prowess in wrestling, boxing, kickboxing, Muay Thai, and Lethwei to incapacitate all of their enemies, while still looking absolutely fabulous.

Finally, there is Robin x Raven (RobRae) and Zuko x Katara (Zutara) who are my two number one OTPs from Teen Titans 2003 and Avatar: The Last Airbender respectively. I have been loving these two couples ever since I was between my late tweens and early teens, and I always believed that these two couples should have double dates and more genuine congregations. I love these two couples so much that I hope to do a whole lot more fan art with both of them in the same environment. RobRae and Zutara are that great in my eyes.

Once again, I thank you all for the warm and wonderful birthday greetings, and I will see you in the next submission. Take care, stay safe, and may the much greater work in my 30s begin. 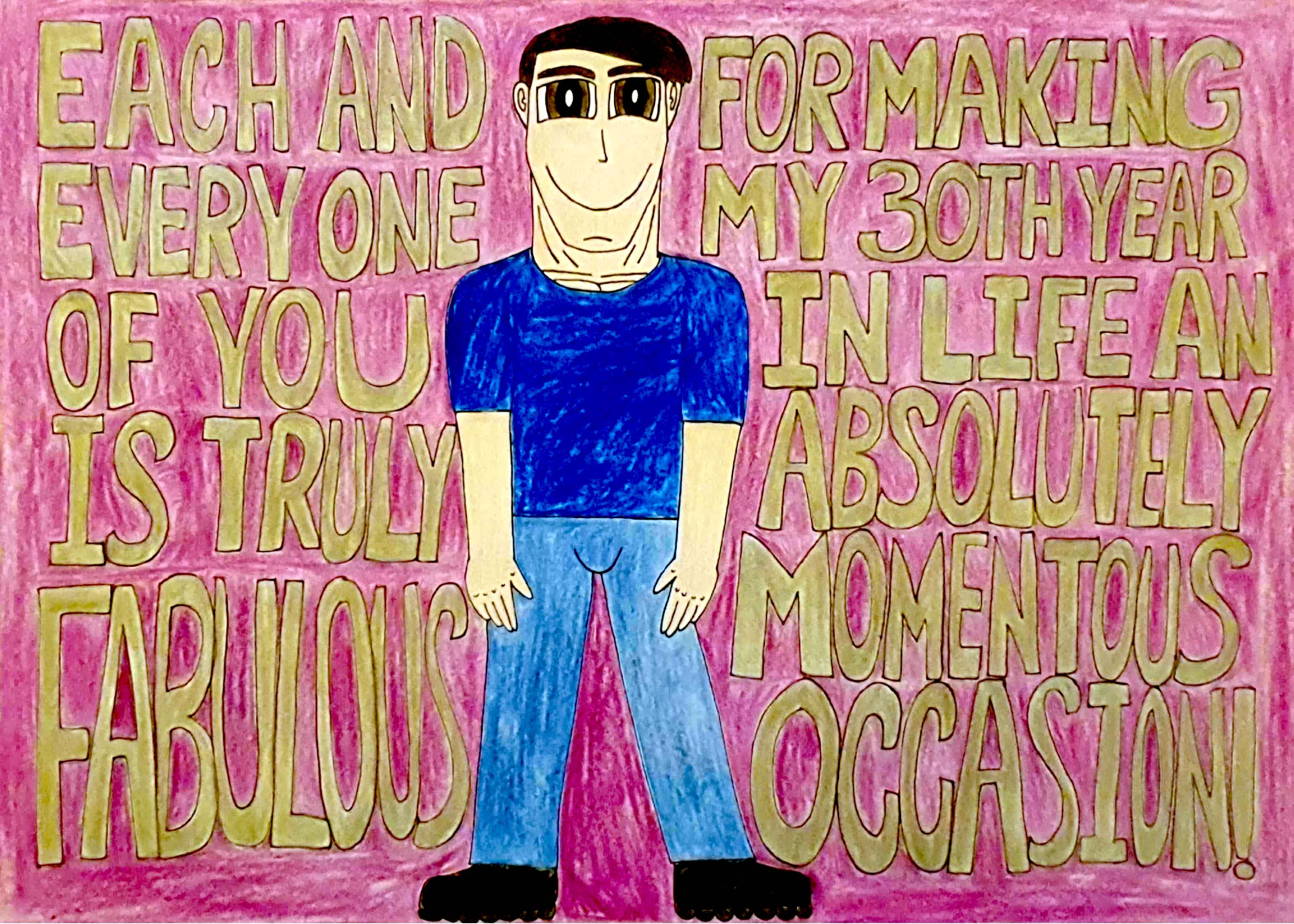