This piece of Inuyasha x Ayame or InuAya fan art, which is my twentieth submission for my 30 Days of InuAya month, is dedicated to FairytalesArtist, Chacha987, araednia, starplexus, Tsiki10, and RazorRex who celebrated their birthday yesterday. So, I hope you all had wonderful birthdays, and I wish you a lot of love and joy in your lives as artists and as people. This is also dedicated to all of the wonderful InuAya shippers of the world. Sit back, relax, and revel in how Inuyasha can charm Ayame in his own virile way.

We find ourselves in Inuyasha’s and Ayame’s cave, specifically in their home gym. Inuyasha, who is approaching 40 in nearly eight months, is completely naked and is bench pressing a giant barbell for nearly one-hundred times, while Ayame, who is approaching 37 in five months, is in her kickboxing gear and is shadowboxing as if though she was taking down an army of enemies. As Ayame is finished with her routine, she approaches Inuyasha and sees him weightlifting in the nude. Inuyasha stops as he sees his beloved wife.

“Hello there, honey. You look as handsome and powerful as always.” Ayame said, as she blushes.

“Pleasant greetings to you, Ayame.” Inuyasha sinuously responded and begins flexing his huge and taut biceps at her, “You like what you see darling?”

Ayame’s cheeks blush an even more pinkish red colour and lets out a giggle. Inuyasha then proceeds to make his pecs bounce, does the most muscular pose, and turns around to flex his back muscles and his gluteal muscles.

“I knew I got your attention, babe.” Inuyasha said as he does a side chest and then a front lat spread.

Ayame takes off her gloves and approaches Inuyasha to touch his bulging muscles. She feels his rock-hard biceps, broad shoulders, and wraps her arms around his waist, which feels like a great Greek column made of alabaster and marble.

“You sure know how to charm a woman, darling.” Ayame said.

“Babe, I always do my best.” Inuyasha responded, lowering his mighty arms, wrapping them around her, and making his pecs bounce.

Ayame giggles, Inuyasha tenderly smiles at her, and they kiss. The End.

Leave it up to Inuyasha to charm his most beloved wife, Ayame, by flexing his bulging biceps in the nude. It adds more virile sex appeal, thus turning her on. What happens after this is a lot of nice and spicy intimacy between the mightily muscular dog Yokai warrior king and the fabulously fierce wolf Yokai warrior queen.

I hope you all enjoyed this, and I will see you in the next InuAya submission. Take care, stay safe, and please keep on showing your love for Inuyasha and Ayame as a powerful and loving couple, everybody. 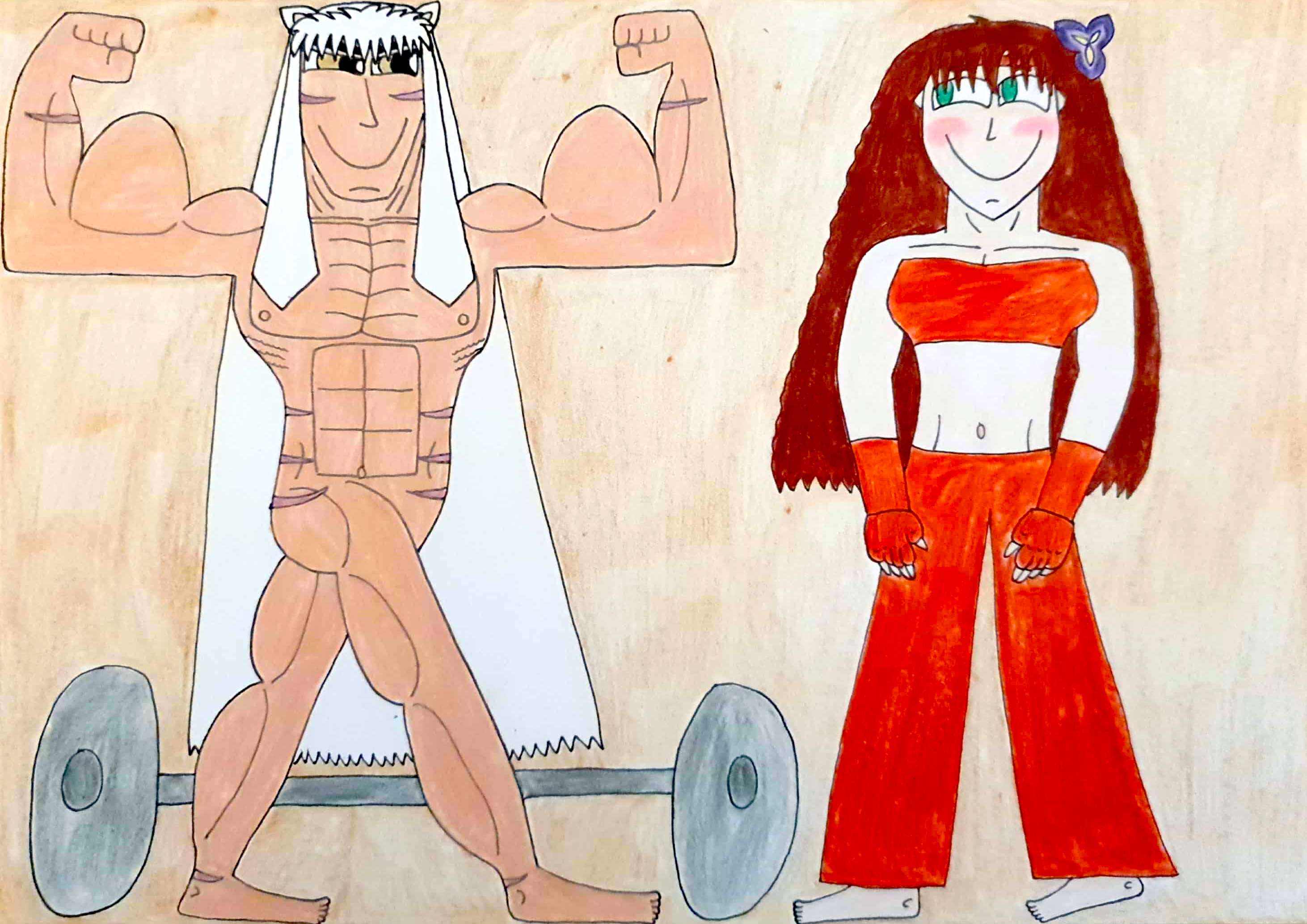 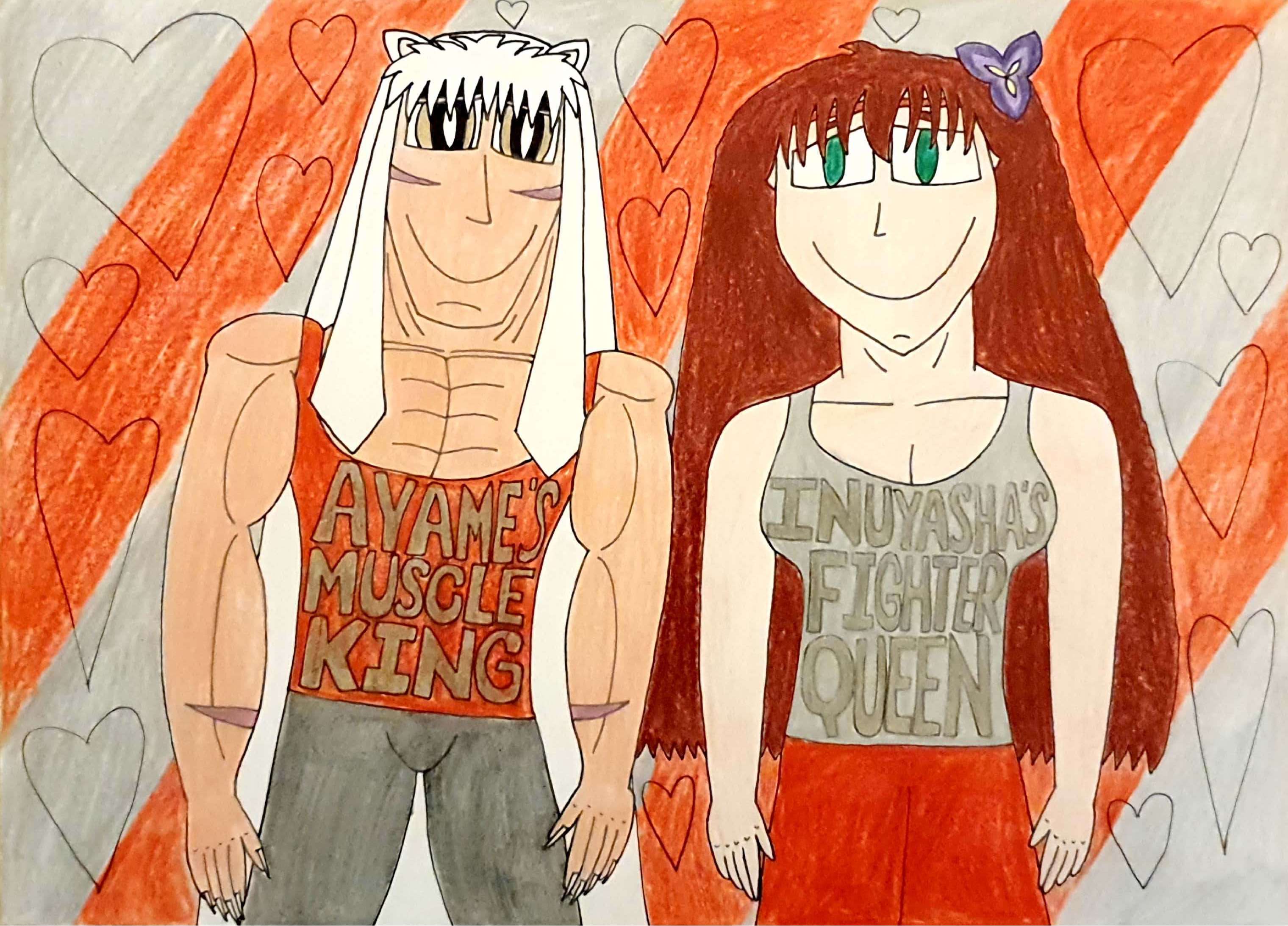