This piece of Inuyasha x Ayame or InuAya fan art, which is my fourteenth submission for my 30 Days of InuAya month, is dedicated to CaeriLorem :iconcaerilorem:, lovesdrawing721 :iconlovesdrawing721:, and ArtisticAnimeFanGirl :iconartisticanimefangirl: who are celebrating their birthdays today. So, I wish you a lot of love, joy, beauty, and prosperity on your very special days and in your lives as artists and as people. This is also dedicated to all of the wonderful InuAya shippers of the world. Sit back, relax, and marvel in how Inuyasha can be the comforting, unconditionally loving, and truly genuine husband who will always be there for his most beloved wife Ayame.

(Inuyasha’s and Ayame’s cave bed chamber. Inuyasha and Ayame rush into their bed chamber after having returned from their skirmish against poachers who dared to deprive The Northern Yoro Tribe of their land. Inuyasha removes his Pankration gloves and gauntlets, while Ayame removes her headband, her gauntlets, and her kickboxing gloves.)

Inuyasha: We definitely showed those stupid poachers why they should never mess with the Northern Yoro Tribe’s leaders and best warriors, eh babe.

Ayame: Absolutely, sweetheart, we made them drop like the gnats that they are. They never stood a chance against us.

Ayame: You know we’ve been married for almost twenty-seven years now. Do you think my fighting technique and strength have gone rusty?

Inuyasha: Ayame, what are you talking about? You’ve been getting stronger and fiercer with age.

Ayame: Well, that’s reassuring. But, do you think I still have it? Even after we had the kids and they ended up starting their own families too? Because sometimes I feel like I’m losing my touch.

(Inuyasha moves closer towards Ayame and places his mighty arms and rough hands around her, thus caressing her. Ayame also caresses Inuyasha’s hands and arms in a sensual manner. Both of them emit a rosy blush.)

Inuyasha: You know what I see, my one and only love? I see every great thing a warrior king could want in a warrior queen. Eyes of emerald green so lustrous a man can get hypnotised from them. Skin the colour of ivory, soft as silk. A toned body fit for a goddess and enough to make even the strongest of Amazon warriors tremble and fall on their knees. Your beauty, your courage, and your strength are the reasons why I have always loved you.

(Inuyasha and Ayame passionately kiss each other.)

Ayame: So, shall we proceed on our bed, darling?

Inuyasha: I thought you would never ask, sweetie.

(Inuyasha lifts Ayame up with his powerful arms cradle-style. They approach their bed, as he gently lays her down, and they begin to make intense love. With every thrust they make, they take all of each others’ garments off, kiss each other more passionately than ever,  and engage in fondling, massaging, and hot embraces, thus giving each other lots of body heat. After that intense lovemaking session, they cool down.)

Ayame: Thanks for reassuring me that I still have it.

Inuyasha: Babe, you always had it, and I always believed in you.

(Inuyasha and Ayame nuzzle each other and fall asleep with their bodies still very close to each other.)

Inuyasha may be approaching 40 in eight months time. Ayame may be approaching 37 in five months time. They may have been married for nearly twenty-seven years. They may have a total of fourteen children ranging from their eldest triplet sons approaching 27 to their youngest daughter approaching 21. Their children might have even started families of their own. However, Inuyasha’s and Ayame’s libido, physical activity, and overall strength have never dissipated. Age has definitely made both Inuyasha and Ayame grow in fortitude and formidability, and they do not show signs of stopping.

Ever since I watched The Fresh Prince of Bel Air’s Season 2 episode “The High Four-Oh”, I thought this moment would perfectly encapsulate Inuyasha’s and Ayame’s strong, intimate bond with each other. I would even go out of my way and say that Inuyasha has Uncle Philled Philip “Uncle Phil” Banks himself, while Ayame’s brand of courage and strength would be enough for Vivian “Aunt Viv” Banks, at least the version portrayed by Janet Hubert from Seasons 1 to 3, to salute her with all of her being. It also shows that Inuyasha and Ayame could even have an intimately romantic relationship that could rival even Uncle Phil’s and Aunt Viv’s love life.

I hope you all enjoyed this, and I will see you in the next InuAya submission. Take care, stay safe, and please keep on showing your love for Inuyasha and Ayame as a beautiful and powerful couple, everybody. 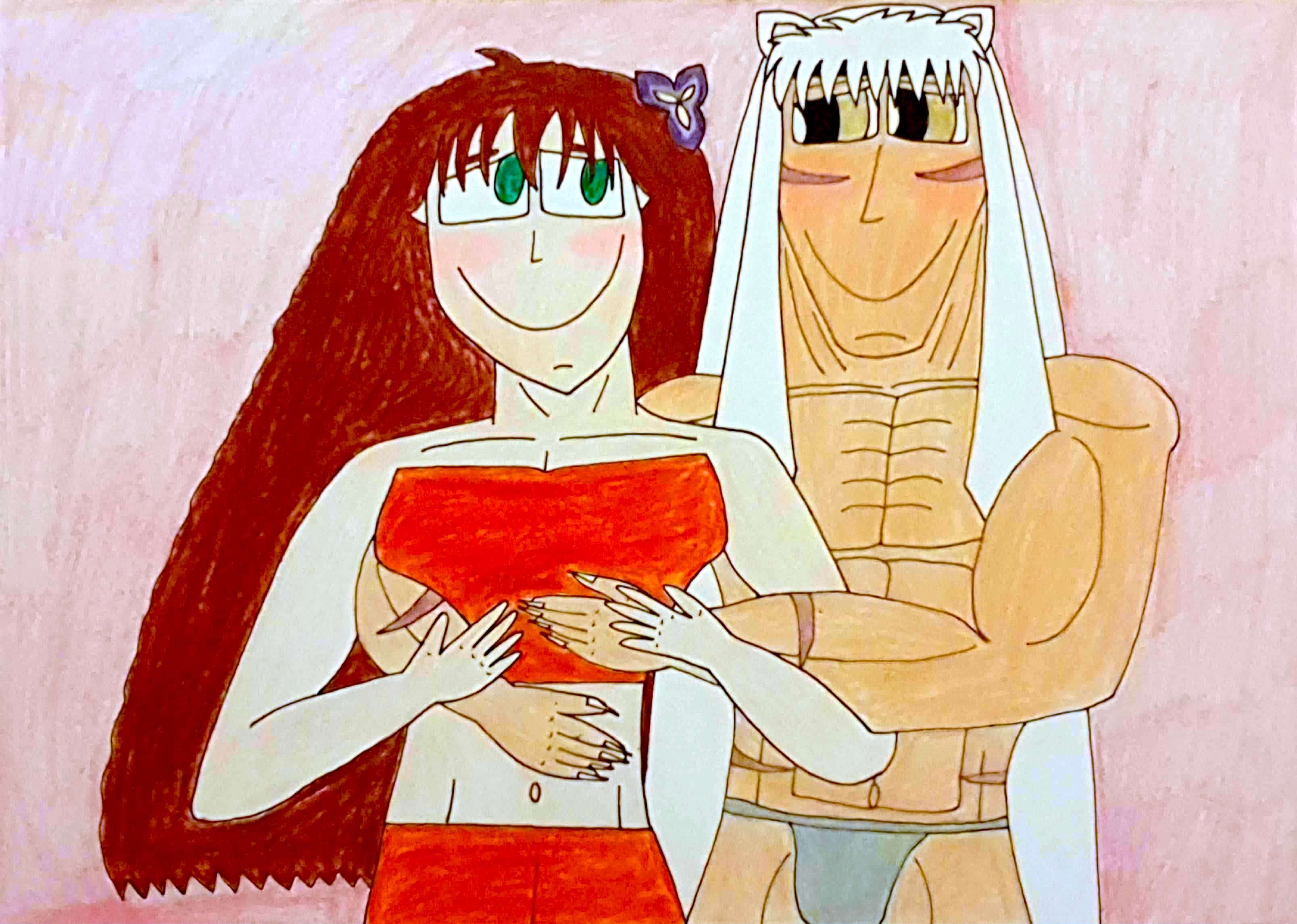