Skip to content
This piece of Inuyasha x Ayame or InuAya fan art, which is my tenth submission for my 30 Days of InuAya month, is dedicated to Lisathefan, 14-bis, and Eistaneyu who celebrated their birthdays yesterday. So, I wish you a lot of love, joy, and prosperity on your very special days as well as in your lives as artists and as people. This is also dedicated to all of the wonderful InuAya shippers of the world. Sit back, relax, and be empowered by Inuyasha’s and Ayame’s overall strength.
It says something when 39 going on 40-year-old Inuyasha and hiss 36 going on 37-year-old wife Ayame are not only the most powerful, formidable, and physically potent couple of the Northern Yoro Tribe but also of all Japan and the world to witness. Inuyasha’s mighty muscles and super strength, Ayame’s furious fists and fleet feet, and, most of all, their incomparably combined combat prowess have garnered them this title of the Number One Strongest Couple ever.
Foes better beware when Inuyasha and Ayame strike, for they will be in a world of pain, specifically when Inuyasha’s headlocks, back-breakers, bearhugs, and neck-breakers mesh in a brutal yet beautiful manner with Ayame’s roundhouse kicks, uppercuts, hooks, and jabs. If that were not enough, both Inuyasha and Ayame would unleash a barrage of punches, kicks, and grapples before unleashing a mighty roar to scare their enemies. This would be especially helpful when both Inuyasha and Ayame transform into their full Yokai forms. After they make their foes drop like the flies and pests that they are, Inuyasha and Ayame would bathe in their spring from all of their enemies’ blood and the grime they acquired in battle, dry each other up, and make sweet love to each other before going to bed to await the next day.
I hope you all enjoyed this, and I will see you in the next InuAya submission. Take care, stay safe, and please show more love for Inuyasha and Ayame as a couple, everybody.
Inuyasha and Ayame from Inuyasha belong to Rumiko Takahashi and Sunrise. 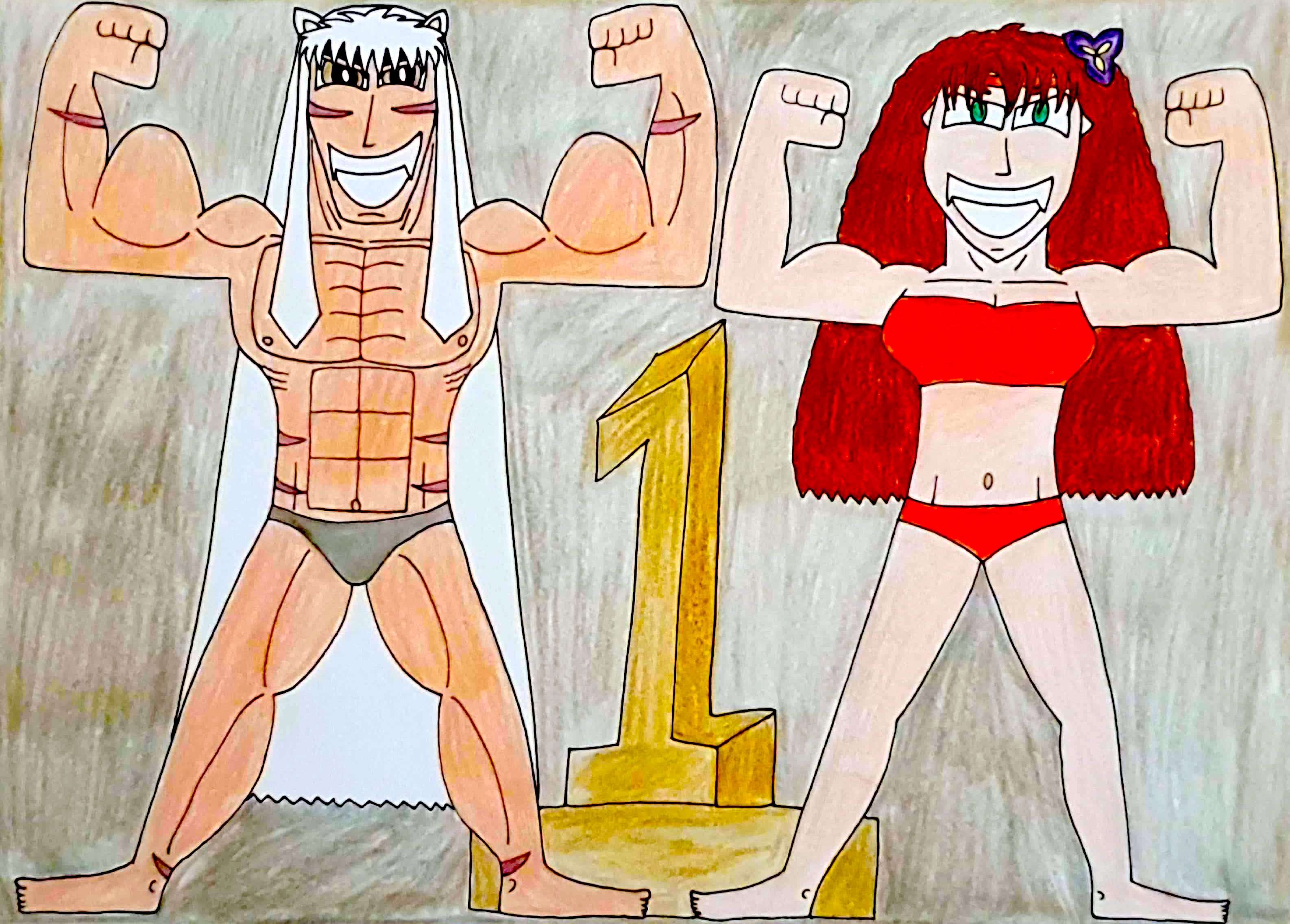