These next two entries for Villains Profile provide a rather interesting angle for two reasons.  The first being we are looking at two villains from the same movie and they are both based on real people.  The latter part is something I didn’t know until doing research for this movie.  This is interesting as villains based on historical figures are nothing new and are something we are still seeing to this day in action films such as The Kingsman using Rasputin as a villain. 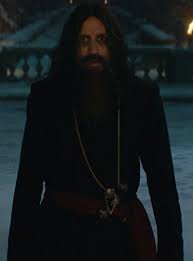 To me, this raises a few interesting questions when using real-life historical figures as villains.  First is it fair to use real people as the basis for villains in your movie? I don’t think this is a black and white question.  Consider how Don Bluth’s Antastia twisted Rasputin into a Disney-like villain when that wasn’t the case.

What is true, though, is that Rasputin and the Romanovs had a close relationship. Moviepilot reported that after the Romanovs were executed, Anastasia and her sisters were found wearing necklaces with Rasputin’s picture.

Now, there are going to be some exceptions to this rule such as the Indiana Jones movies using Nazis.  Nazis suck and yeah, we want to see heroes take down Nazis. 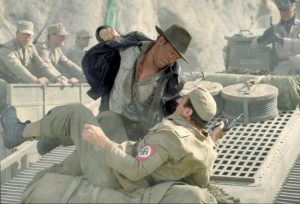 So, that’s cool but I feel like it needs to make sense for the person being portrayed to have been someone that did something awful.  One could argue that it is just a movie and you should separate history from fiction but in some cases that is hard to do.  This brings me to the first villain from Jungle Crusie that I’ll be covering,  Lope de Aguirre.  Perhaps, some background is needed on the person. 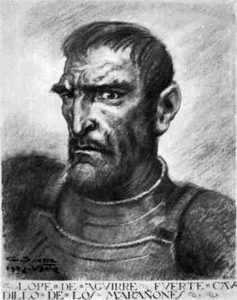 According to what I’ve read, he was a Spanish Conqueror, and yeah, that already puts him on track to be villainous.  And there is also a belief that he killed his daughter among others.

Aguirre was considered to be a thoroughly disreputable character. It was said that Aguirre had all those members of the expedition who had opposed his plans, including several priests, put to death. He is then thought to have raided several towns in what is now Venezuela before he was finally caught and executed by the Spaniards. It is also believed that he killed his own daughter immediately prior to his capture.

So, I think it’s more than fair to present this person as a villain considering he did a lot of awful things in his life including that.  This contrasts with the film version of Aguirre as in the movie, he comes across as a tragic and sympathetic character.  He’s still a villain to be sure but at least when he starts his quest, it could be seen as noble. 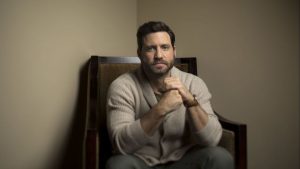 I’ll admit that this is the first thing I recall seeing Ramirez in and in my opinion, he does an admirable job of making Aguirre a hateable and detestable villain.  This is made all the more interesting when you consider that he never speaks a line of English in the film.  I like this choice for the characters it makes the character seem even more distant from them.

Now,  we would first get a glimpse of Aguirre when Lily speaks at the beginning of the film but we truly do not see him in the film until the main villain Prince Joachim frees him with a touch of water.  This is something that I’ll touch upon this when discussing the Grand Desire but Aguirre and his crew were cursed over 300 years before the events of the movie to where they could never leave the water or the jungle would bring them back.  In many ways,  what happened to Aguirre and men is akin to another beloved attraction adaption.

Ruthless. That’s the best word that can be used to describe this man, he is ruthless.  It is shown in flashbacks that he was once a noble man with good intentions but his impatience to get what he wanted, led to him becoming the monster we see in the movie.  He may not the main antagonist but he is the bigger threat of the two villains in my mind.  He’ll stop at nothing to get what he wants and there is a part of me that can understand what led to him becoming a villain but there are so many actions he commits where it’s clear he has shed his humanity.

As I stated, Aguirre was once a good person as he originally set out to find the film’s MacGuffin, the tears of the moon to cure his ailing daughter.  This sets him apart from his real-life counterpart as the real Aguirre as he killed his daughter before being tried.   So plus one for the movie version.  However, that nobility doesn’t last very long because when Aguirre and his men are cured with the Tears of the Moon by a tribe that brings them in after seeing they are falling sick, he repays that kindness with death.  This’ll be discussed more in the next section and this also leads to the next part of this, Frank back when he was known as Franciso saw what Aguirre was doing and wanted no part of it and trapped Aguirre and his men without any source. This came after years of the two fighting and Frank grew tired of it and Aguirre wanted revenge against Aguirre.

In real life, Aguirre referred to himself as the God of Wrath and I have to imagine that was a key part of the inspiration for the worst act that Aguirre commits.  Over time Aguirre becomes impatient that the elder tribesmen will not give him an Arrowhead that could lead him to the Tears of the Moon and on the one hand, I get it as he is trying to save the life of his daughter but he goes to extremes when the Cheif tells him that “you are not ready” and kills many members of the tribe.  This leads to the curse being placed upon Aguirre and his men.

Going by some research does align with the real Aguirre killed seventy-two people.

Although Ursúa’s El Dorado expedition was destined to fail, it may not have been an utter fiasco if not for Aguirre and his madness. It is estimated that Lope either killed or ordered the death of 72 of the original Spanish explorers.

I’ll be honest and say that there is a fine line about what to bring up with discussing historical figures that are used as villains but considering the number of people the actual Aguirre killed, I do think this is fair to look at and bring up.  From everything I’ve researched, it seems like Aguirre was a real-life monster and his movie counterpart does reflect that.  I do have some concerns though seeing as a sequel has already been announced because the first movie does end in such a way where he could come back.  My concern once again is somewhat POTC related because the longer the series went on there, the more Barbosa was redeemed to the point of him finding his daughter. 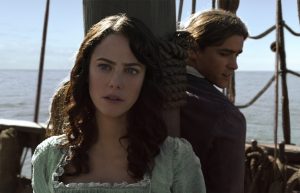 Well, here’s my concern it’s easy to bring Aguirre back.  I’m afraid future movies might try to redeem him and I’m not sure I’d want that considering the real Aguirre was a monster and that could be seen as humanizing the real man as well. I imagine a lot of people like myself didn’t know he was a real person before watching this movie but again, there’s a fine line.  A perfect example in my mind is to look at how Hamilton handles Aaron Burr, he is the villain of the piece and is still treated as a complex figure but the show doesn’t ignore his heinous actions either. 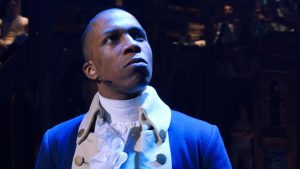 (Ooh, he’d be fun to cover in the future)

I know I’m probably overthinking things here but there is the possibility that this’ll be the next franchise based on a theme park ride from Disney.

Aguirre’s demise in a way brings things full circle where the water from the river in the caver during the climax is emptied and he fails to grab a petal that contains The Tears of the Moon and because of this, the vines from the jungle pull him back in and he once again becomes petrified much in the same way he was found by Prince Joachim.  His fate being this is what makes me believe it would be so easy for the sequel to have him return.

He is perhaps the evilest villain from any of these attraction adaptions I have looked at during this event and considering his real-life counterpart, that seems rather apt. While I do think Governor Nix is still the best villain from the attraction adaptions I’ve looked at, Aguirre is the most ruthless as there isn’t an ounce of humanity left in him.  I’m not quite done with Jungle Cruise as next time I’ll look at the main (and less interesting) villain from the movie. 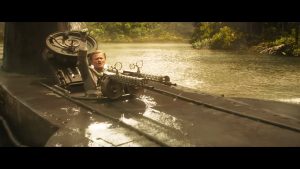 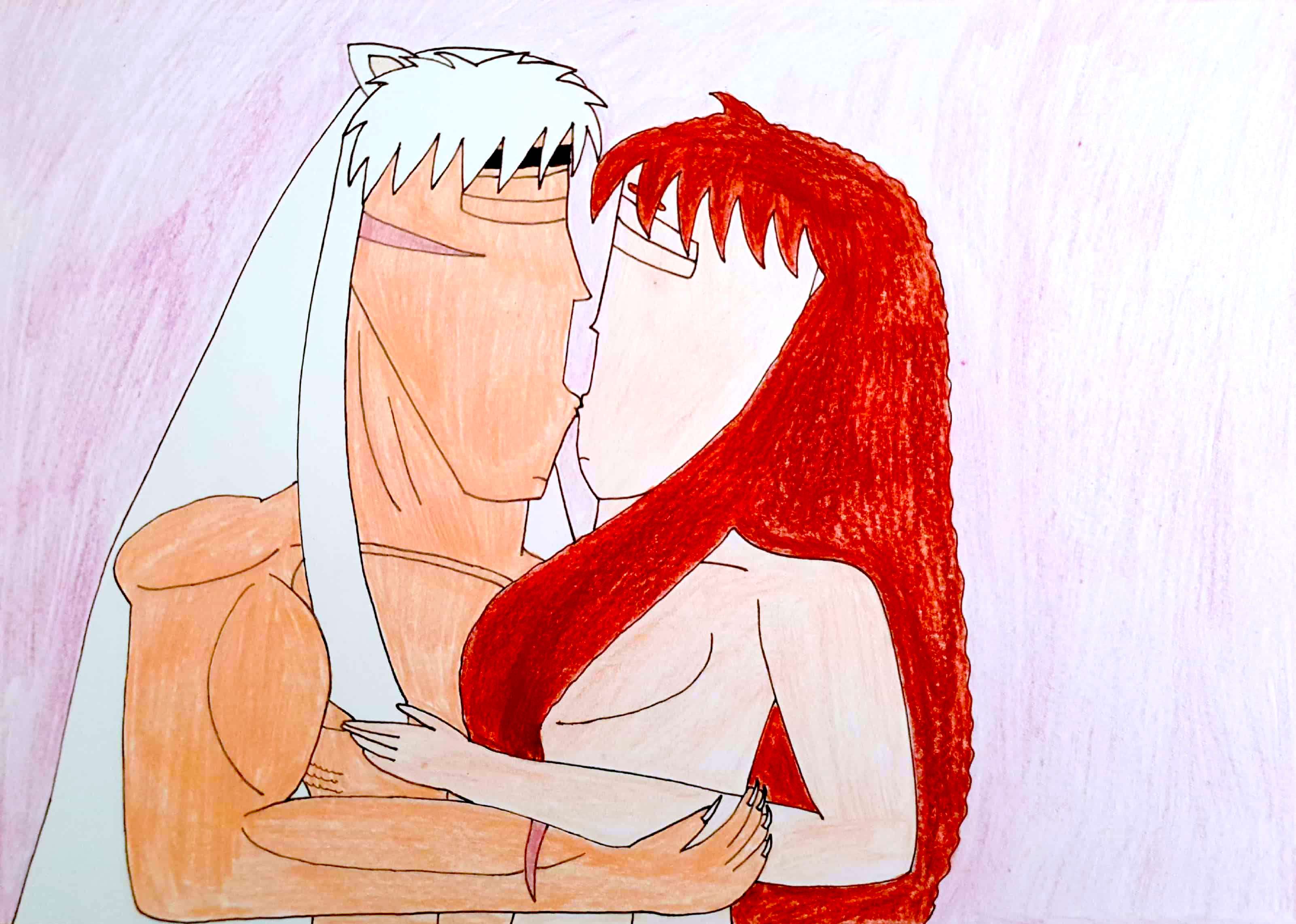 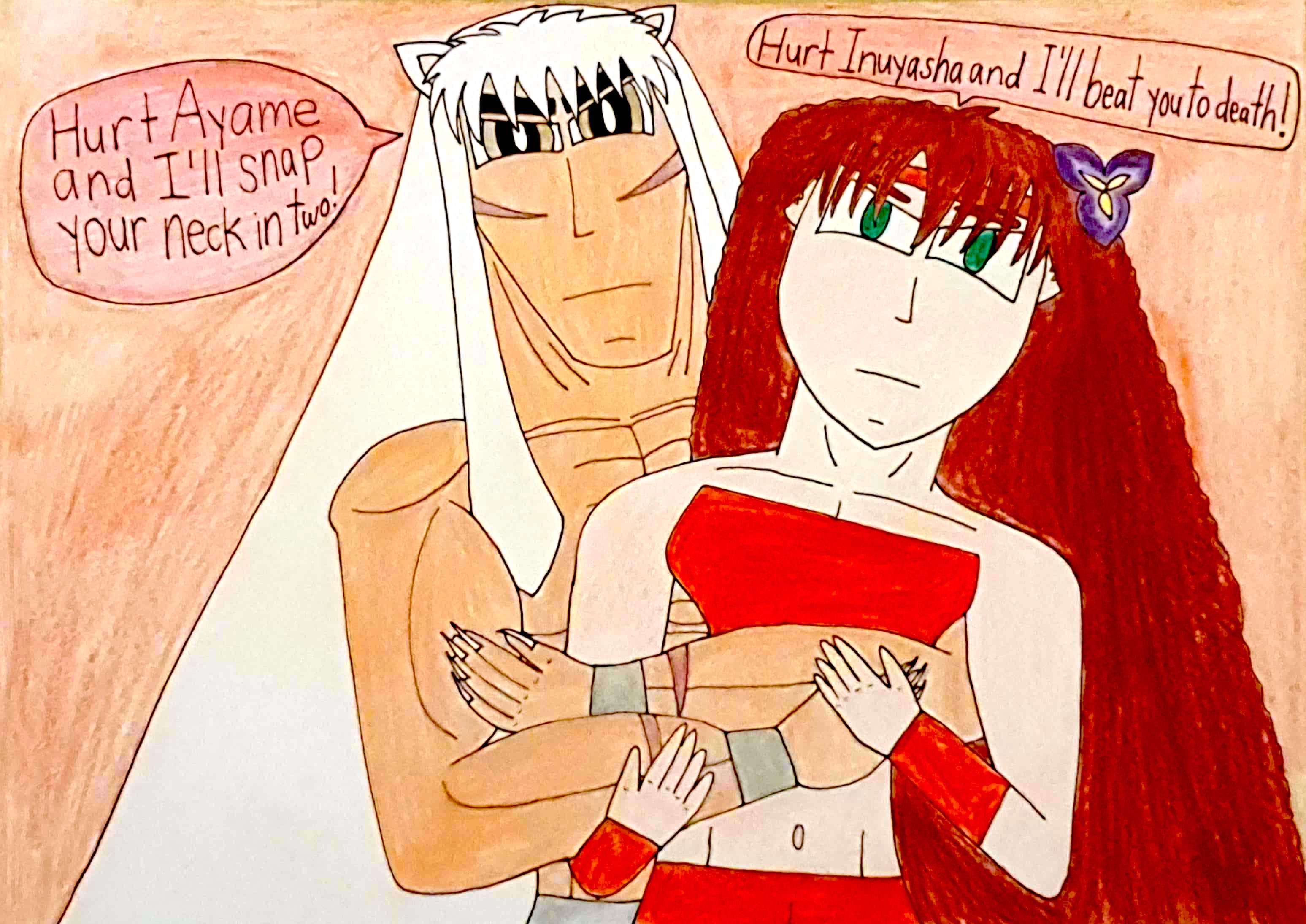