This piece of Inuyasha x Ayame or InuAya fan art, which is my fifth submission for my 30 Days of InuAya month, is dedicated to BiPinkBunny who celebrated her birthday three days ago. So, I hope you had such a marvellous birthday, and I wish you a lot of love and joy in your life as an artist and as a person. This is also dedicated to the wonderful shippers of InuAya from all over the world. Sit back, relax, and revel in Inuyasha’s and Ayame’s eternally formidable fighting spirit as champions.

What does it take for 39 going on 40-year-old Inuyasha and 36 going on 37-year-old Ayame to be champions in Pankration and kickboxing respectively? For Inuyasha, it is not just about having big, well-shaped, and well-toned muscles of steel but having the strong willpower and a never-give-up mindset to endure any match and giving every punch, kick, chokehold, bearhug, clinch, drop, and grapple all you got until your foes are beaten and bruised to the ground. For Ayame, her fists and feet of fury may do great wonders, but they are absolutely nothing without her tenacity and great sportsmanship which have seen every uppercut, hook, jab, Dempsey Roll, roundhouse kick, and every punch and kick she has mastered grow in fantastic power. They also live by the seven D’s which are discipline, dedication, determination, drive, diversity, dare, and desire which have made them succeed in every endeavour they have found themselves in and have helped them become the winners, champions, and victors they truly are. Therefore, Inuyasha carries himself superbly like a Pankration king, while his wonderful wife Ayame carries herself remarkably as a kickboxing queen.

When drawing this, I was initially tempted to make Inuyasha as a Pankratiast be in the nude just like how the Ancient Greeks trained. I was also inspired by one of LenBarboza’s pictures I have seen on Tumblr and Twitter regarding how Ancient Greek athletes used to compete and train in the nude. Nevertheless, I decided to keep it PG for all my audiences and just let Inuyasha wear a sort of Ancient Greek jockstrap. I also chose Pankration for Inuyasha because I figured this would be great to see him use his magnificent muscles and super strength to deliver some devastating submission holds, bone-shattering punches, insane kicks, and radical bearhugs, back-breakers, Full Nelsons, and Boston Crabs to his opponents, especially those a lot larger than him. Even 40 going on 41-year-old Sesshoumaru, who has competed with Inuyasha on several occasions in both Pankration and Jujitsu, is proud that his younger brother has grown up to be a super strong Pankratiast with a lot of fortitude to give to the world and to many aspiring Pankratiasts out there.

Ayame’s kickboxing gear was a no-brainer, but the danger for me was to make her more fan-service-y than her dearest husband Inuyasha. Fortunately, that did not happen, at least I hope it did not, for I was able to combine style with sleekness and formidability. Where Ayame and kickboxing are concerned, this is definitely her martial art because I have seen her do some nice and strong punches in the anime aside from her throwing her leaves like shuriken. Therefore, I contend that Ayame would have the furious fists and the fleet feet to be a compliment to Inuyasha’s magnificent muscles and super strength by virtue of her rock-hard uppercuts, rib-breaking hooks, jaw-snapping jabs, furious roundhouse kicks, and all sorts of punches, clinches, and kicks that would make all of her opponents bloodied and bruised beyond belief. Just ask Sesshoumaru and the many sparring sessions he has had with his darling sister-in-law, for he would attest that Ayame’s punches are as hard as any rock and her kicks are just as fast and furious. No wonder why Sesshoumaru is incredibly encouraging to Ayame because she is the type of wife his younger brother needs in his life and one he is proud of to call his younger sister-in-law.

Inuyasha and Ayame would not be the champions they are today without their family. They have The Wolf Elder, The Dog General, The Wolf Yokai Warriors of the North, South, East, and West; InuKimi, and Izayoi to thank for all the encouragement and growth they have garnered growing up from rambunctious children to powerful adults. Sesshoumaru has also contributed so handsomely in seeing his younger brother and his younger sister-in-law grow as champions. Shuran, Hakkaku, Ginta, and Shunran are worth honouring thanks to their boundless support, encouragement, and positive attitude. Finally, all of their children, nieces, nephews, and grandchildren are also worth thanking, for they are fortunate to have great role models in them and have also grown up to be equally great martial artists themselves.

It goes to show you that Inuyasha and Ayame have what it takes to be champions. The will to win, the dedication to their respective martial arts, and they discipline they demonstrate aside, they also have each other and their family to be entirely grateful for.

I hope you all enjoyed this, and I will see you in the next InuAya month submission. Take care, stay safe, and keep on showing your love for Inuyasha x Ayame or InuAya, everybody. 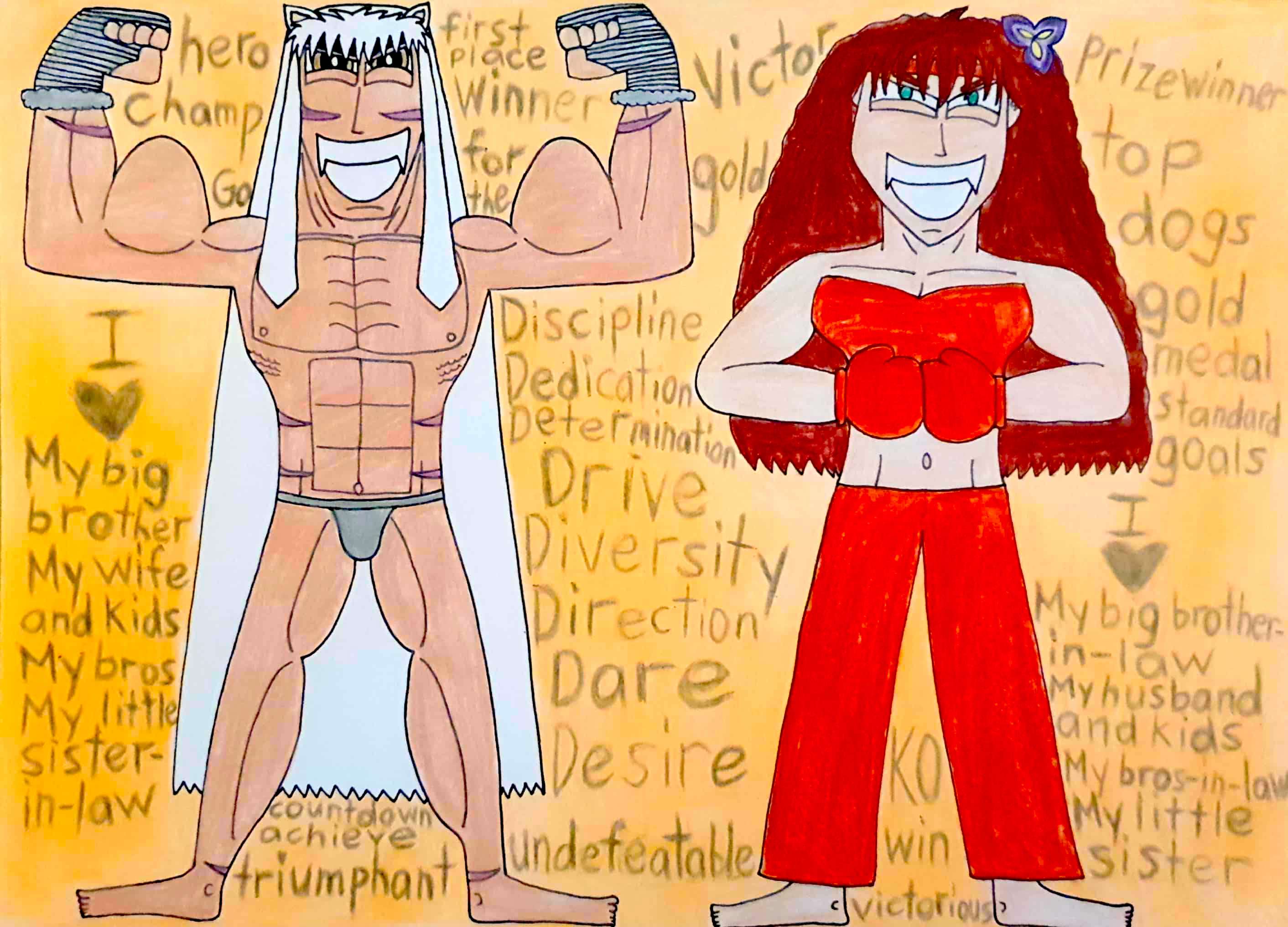