A guy walks into a Hollywood studio executive’s office and he says “I’ve got the most amazing project, you’ve gotta greenlight this.”

The exec asks him “Is anyone attached to the script yet?”

The guy tells him “Oh, yeah, we got [insert Hollywood celebrity here, preferably Nicolas Cage, Samuel L. Jackson, Madonna, or some other massively accomplished cult of personality], and they’ll be playing a heightened, fictionalized version of themselves.”

The exec tells him “Okay, what’s the movie?”

[The guy proceeds to tell the plot in exhaustive detail. Load it up with all the most outrageous sex acts, drug abuses, and over-the-top action set pieces you can think of. Don’t forget to load in every possible reference to the attached celebrity, their fandom, and their works to date.]

The executive says “Wow, that’s a hell of a movie you’ve got there. Any idea for a title?”

Seriously, gentle readers, this could be a new variation on “The Aristocrats”. With Nic Cage playing himself in a project of that title, why even bother making the movie? Just print the poster and let the world have fun making up the rest. I was almost disappointed to go and see the movie, because no way could it possibly be as awesome as anything we could imagine.

Except that somehow, it actually is.

The film comes to us from writer/director Tom Gormican, who previously made his feature debut with a romcom called That Awkward Moment that came and went in 2014. (I may have to go back and give that one a look, it’s got a hell of a cast.) Gormican was assisted by writer/producer Kevin Etten, here making his feature debut after a respectable career in writing/producing for TV shows (“Desperate Housewives”, “Scrubs”, and “Workaholics”, just to name a few). So yeah, this film came completely out of nowhere, and that’s part of the appeal.

When we catch up with Nicolas Cage in the film, his debts are mounting faster than the gigs are coming in. I might add that Cage recently sabotaged his own meeting with an unnamed director (it’s David Gordon Green) and lost the “role of a lifetime”. It doesn’t help that Cage doesn’t really know who he wants to be as an actor — he wants to slow down and take more artistic and meaningful roles, but his ego (personified by “Nicky Cage”, played to the rafters by a de-aged you-know-who) demands that he powers through to keep on being an action movie star like it’s still the ’90s.

Worst of all, there’s the matter of Cage’s family. Cage’s teenage daughter (Addy, played by Lily Mo Sheen, who would know a thing about growing up in showbiz as the daughter of Kate Beckinsale and Michael Sheen) is embarrassed by her father’s compulsive inability to slow down and his deep-seated need to make himself the center of attention. What’s more, she’s neglected by her father’s obsession over his own career and love of cinema. (News flash, kiddo: You’re a Coppola. Get used to it.) And of course this frustration is shared by Cage’s ex-wife (Olivia, played by Sharon Horgan), a former makeup artist late of Captain Corelli’s Mandolin.

(Side note: First of all, Allen Weisinger was credited as Cage’s makeup artist on Captain Corelli’s Mandolin. His hairdresser on that film was the late Joseph Coscia.

(Secondly, The real Nic Cage has no less than four ex-wives. The first two were actors Patricia Arquette and Lisa Marie Presley. He met his third wife, Alice Kim, when she was a waitress in LA, and her brief acting career went nowhere. His fourth wife, Erika Koike, did indeed have a brief career as a makeup artist, but her only IMDb credit is for the short film Hankikanto and she was divorced from Cage within three months. From February 2021 onward, Cage is presently married to Riko Shibata — her backstory is unclear, but it’s known that she was only 27 years old when she and Cage married.

(Though Cage and Shibata are currently expecting a child of unknown gender, Cage does not have a daughter as of this typing. He does have two sons: Kal-El, born in 2005 by way of Alice Kim; and Weston, born in 1990 to actor Christina Fulton, who was Cage’s girlfriend at the time. Cage also has two grandsons, both born to Weston in 2014 and 2016.)

Anyway, Cage wants his money problems to go away and he wants to spend more time with his family. So he’s taking one last gig before retiring from showbiz altogether. The one last gig: A wealthy and eccentric superfan (Javi Gutierrez, played by Pedro Pascal) is paying him a million dollars to come be a part of his birthday party in Mallorca. But there’s a wrinkle.

Maria (another Nic Cage fan played by Katrin Vankova) was recently kidnapped while her father is presently running for president of Catalonia. The working hypothesis is that she was kidnapped as a means of influencing the election. And the CIA (by way of two bumbling agents played by Ike Barinholtz and Tiffany Haddish) think that Javi is the crime lord responsible for the kidnapping.

Of course Javi is too well-protected for the CIA to get anyone in there, so they recruit Cage to get in close and do the investigative work for them. Hilarity ensues.

The core of the film is the relationship between Javi and Cage. A rabid fan obsessed with the myth, the legend, the idea of Nicolas Cage; and the poor weary man who actually lives the life of Nicolas Kim Coppola. It’s a parody of the relationship between celebrities and their fans, in which celebrities feel entitled to some degree of autonomy over their own private lives, while fans feel entitled to anything they ask of their idols. Trouble is, this particular superfan isn’t just another moviegoer venting his big mouth on Twitter, he’s a deranged millionaire who is directly and literally paying Cage a small fortune to do a particular job. That does muddy the waters a bit.

Another, potentially more important factor is that Javi is asking Cage to act. You know, the thing that Nicolas Fucking Cage loves most and does best. So who is Cage really doing this for? Is he acting for himself, his fans, his family? Hell, if he can do it for all of the above, isn’t that the best-case scenario?

But of course, Cage is also acting for some shady operatives in the U.S. government, and that’s another complicating factor. Indeed, it sends the plot sprawling in a hundred different directions. Luckily, the film ties it all together when Cage gets the bright idea to talk with Javi about collaborating on a screenplay. The logic goes that if Javi gets a shot at writing and making a film with his idol, Cage will get all the time and access he needs to find the kidnapped girl (if she’s even there). In turn, this means that Cage and Javi go extremely meta, talking through all the potential reasons why slamming a kidnapping plot into a small and intimate two-person comedy would help get butts in seats, give the film a trailer moment, yadda yadda yadda.

The Cage/Javi friendship powers the film supremely well… except the film pulls its punches when the climax finally comes. To put this as spoiler-free as I can, it’s like the movie ends up putting Javi and Cage on equal footing as artists and filmmakers, and I’m not sure how I feel about that. I can see some potential for a film in which the student becomes the master, how every film star was a movie fan at some point, and so on and so forth. It’s a noble sentiment, but I’m not sure the point comes through very clearly, or that the film earned it.

That said, the miracle here is that the meta element actually works. That’s in large part because it serves as a natural extension to the aforementioned themes about the interplay between movie stars, their public image, and their fans. What’s more, the meta conceit makes the disjointed nature of the plot into part of the joke, and the presentation is legitimately funny. And of course, there’s the fact that this was built from the ground up to be a loving self-parody of Nicolas Cage and his cinematic ouvre, so we all knew damn well there had to be some car chases and gunfights and explosions in there somewhere.

The movie works because it’s funny. I can’t possibly stress that enough. It certainly helps that nobody can play Nic Cage like Nic Cage, and the man leans hard into delivering his own patented brand of crazy. But more importantly, Cage is surrounded by a supporting cast talented enough to keep up with him. In particular, Pedro Pascal is uniquely and perfectly suited to chewing the scenery and acting against Cage for laughs without ever losing the edge that makes him a potential villain.

I could also point to Neil Patrick Harris, Tiffany Haddish, and Ike Barinholtz, all seasoned comedic talents more than capable of bringing the laughs. On the opposite end of the spectrum, we’ve got Sharon Horgan and Lily Mo Sheen, both of whom work superbly to provide a more grounded viewpoint without dragging the proceedings down. They’re the heart in a movie that very badly needed heart, so kudos to them.

I’m not sure what else there is to say about The Unbearable Weight of Massive Talent, because the film speaks pretty damn loudly for itself. The premise alone should be enough to get butts in seats. But more than that, I’m a sucker for any film that successfully blends multiple genres into something greater than the sum of its parts, and that’s exactly what this movie does. As a comedy, an action film, an espionage caper, a family drama, a metatextual Hollywood satire, and a pop culture parody, all of these different parts help to support each other in unique and diabolically clever ways, all in only 100 minutes!

It’s a sincerely heartfelt tribute to Nic Cage and his fans, but it’s a wickedly intelligent and hilariously innovative comedy in its own right. I was laughing through every minute of this one and I can’t recommend it enough. 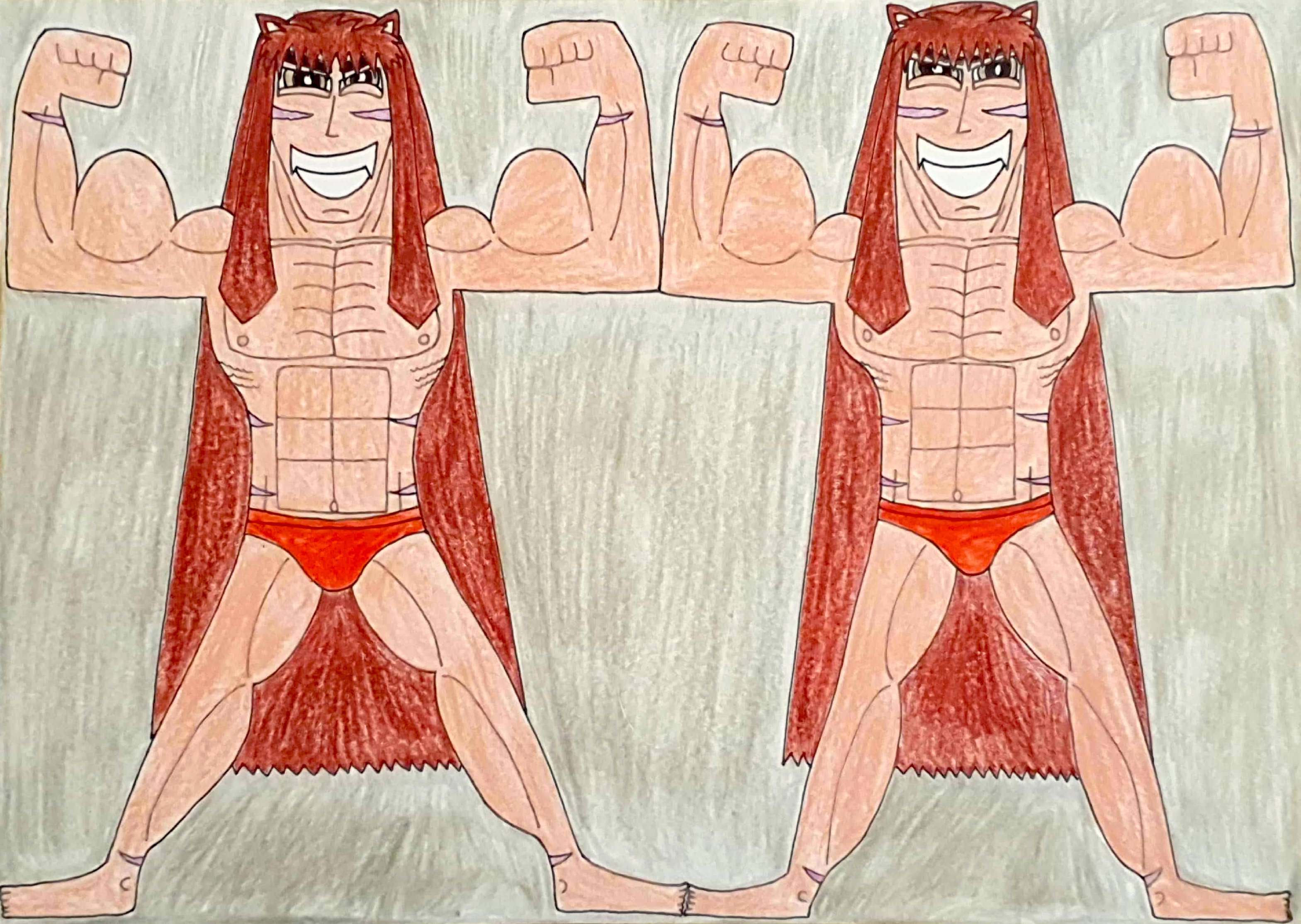