This screenshot motivational poster is highly Pro-Inuyasha, Pro-Ayame, and, if you could not already tell, Pro-InuAya. Sit back, relax, and revel in just how much I will never give up on my number one most beloved Inuyasha OTP of all time.

Regardless of what anybody tells me, regardless of my tastes, regardless if anybody wants to hang me upside-down, and regardless of whatever outcome may occur from what I am about to declare, I am never going to give up the love, the dedication, and the admiration I have for Inuyasha x Ayame or InuAya. Sure, you can blame it on the fact that I was and am still appalled at the canon pairings that were in store for these two canine warriors, and I dare not name their poor excuses for canon life partners here anyway. However, it just boils down to the fact that both Inuyasha and Ayame deserve so much better, they could bring out the best out of each other, and they are a couple that are physical and mental strength incarnate. There is no battle challenging for them that they cannot overcome, for they have the formidability, combat prowess, and fierceness to take their opponents down. Furthermore, Inuyasha and Ayame have a romantic intimacy that could make even the most romantic of couples utterly jealous because of how much spicy passion they have together.

If you have been sticking around with me during my lengthy tenure of drawing and talking about the children I have in store for Inuyasha x Ayame, you will recognise that they have inherited their parents’ exceptional genes and strong personalities, with their sons being just as super strong like their father and their daughters being courageous just like their mother. This is also attributed to the AU headcanon I had for Inuyasha and Ayame. Instead of that poor excuse of a Karma Houdini who got away with murder and did not avenge his fallen comrades, it was young Inuyasha who rescued little Ayame from being pursued by the Birds of Paradise. Furthermore, it was at that moment that Inuyasha promised to be strong for her and Ayame proudly proclaimed Inuyasha to be her husband. Even Ayame’s grandfather saw potential in Inuyasha to grow as part of the tribe, thus becoming the most valued warrior in the Northern Yoro Tribe. Inuyasha and Ayame have never looked back, and their children are continuing to uphold their parents’ wonderful legacy. Even Sesshoumaru is proud of his younger brother and little sister-in-law, with Shuran, Hakkaku, Ginta, and Shunran being just as supportive of Inuyasha’s and Ayame’s beautiful relationship.

I will say this once and I will say this again. I have been a proud Inuyasha x Ayame partisan ever since I was a young teenager, and I am still proud to be one to this day as an adult. Inuyasha’s and Ayame’s strength, determination, passionate intimacy, and powerful beauty will never die. The same thing can be said about the passion I have for InuAya. I will make sure that InuAya stays alive and well, and I would even encourage all my fellow artists to make fan art of Inuyasha x Ayame and my fellow fanfic writers to write more fanfics revolving around InuAya.

I hope you all enjoyed this, and I will see you in the next submission. Take care, stay safe, and keep on showing your love for Inuyasha x Ayame, everbody. 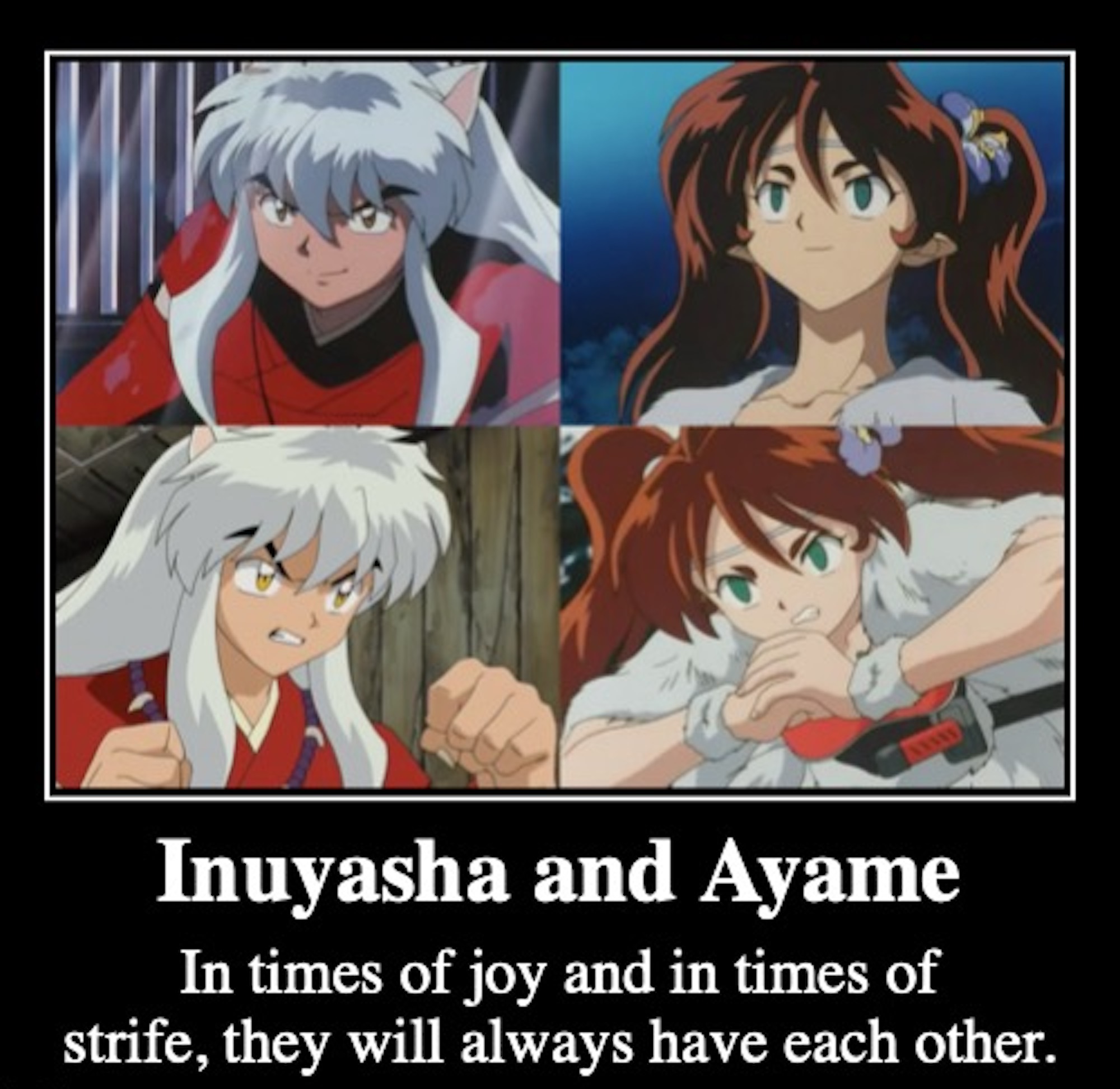