If I were to have performed this scene akin to Ashley being reprimanded by both Uncle Phil and Aunt Viv, I would have found myself in quite the interesting situation. Consider this. If I were to switch the clock back to 2001, I would have been a 9-year-old child actor gaining acclaim as the intellectual, verbose, and rather impetuous Antony Perez from the Lil J’-headed sitcom L.A. Dynasty which would have been the multiracial, multiethnic late 90s, early 2000s counterpart to The Fresh Prince of Bel-Air. While Lil’ J would have been the fresh-faced young teen star to receive his own sitcom, especially since it would have also aired on NBC and also helmed by Quincy Jones, Benny Medina, Andy and Susan Borowitz, Karyn Parsons, Will Smith, Alfonso Ribeiro, and Tatyana Ali taking on behind-the-camera roles, viewers, critics, and fans would have highlighted my performance as Antony as somebody who stole the show from the older cast members’ feet. Most of the acclaim would have been attributed that I would have started the show at only 6 years old and would have wrapped up when I was 10 years old. This would even get to the point where I would have been deemed as a child star following in Macaulay Culkin’s, Christina Ricci’s, Mickey Rooney’s, and Shirley Temple’s footsteps with the potential to have a successful career in the spotlight according to film and television critics thanks to my precocious charm and innocent wit. While my character would have started out as a sweet, caring, loving kid genius of 6 years old, he would metamorphosed into a mouthier and more impetuous boy of 9 years old while maintaining his intellect, although he would use it to try to get his way. Career-wise, I would have also been nominated for Emmys, Kids Choice Awards, and Teen Choice Awards for my performance as Antony, especially in the rising star category. Roles such as this would have sealed my fate as a child star who specialised in portraying wiz kids who are much smarter than their age. This would have eventually changed as I came of age.

The chemistry between me and my five co-stars/screen cousins David Yost as Howard, Amy Jo Johnson as Kristen, Walter Emanuel Jones as Tyler, Thuy Trang as Rose, and Austin St. John ass Justin would have been just as integral in terms of making this particular scene worth remembering. Lest I forget about the contribution of what Mark Dacascos as Gregory “Uncle Greg” and Candace Kita as Josephine “Aunt Jo” would have offered as my screen parents. Imagine traveling back to 2001. I would have been a 9-year-old child actor surrounded by a towering martial arts star known for his fierceness playing my father, an actress/model who cut such an impressive physique playing my mother who was also well-known for playing another mother figure on Masked Rider, and the five original Power Rangers playing my cousins. My little 9-year-old mind would have thought that I need to be great for these people, for I have been fans of their works ever since I was a little toddler and would consider acting alongside a dream come true. Well, this is where the dream would have come to fruition. Considering that my character got in trouble for lying to his parents and his cousins/legal guardians, I would have been extremely trepidated by Mark, Candace, David, Amy Jo, Walter, Thuy, and Austin, thus having my knees shake both from fear and just trying to get it together but also wanting their approval. The remorse would have been legitimate considering how Mark and Candace as my screen parents would have vehemently scolded me and David, Amy Jo, Walter, Thuy, and Austin came down on me in a more logical and calm manner as a counterpoint to the former. Just as I was about to walk upstairs and the five of them call my character’s name, I come to them for the hug almost as rehearsed, with Amy Jo coming in first, Thuy coming in second, and then David, Walter, and, finally, Austin. However, the tears would have been just as legitimate both from my end and from their end. This final moment would have been the combination of Uncle Phil hugging Will at the end of “Papa’s Got a Brand New Excuse” and Aunt Viv hugging Ashley near the end of “It’s a Wonderful Lie”. Even as the director, Benny Medina, said cut, I would have still found myself hugging Amy Jo, Thuy, David, Walter, and Austin while weeping profusely, thus having the five of them comfort me and be just as tearful as I would have been. They would have also told me, “You did really well, little buddy. We’re all very proud of you, and you’re a great star. We love you”, akin to how James Avery told Will Smith at the end of “Papa’s Got a Brand New Excuse”, “That’s acting right there.” This would have been the moment where I officially received their approval if not unconditional love like a real family member, despite the fact that we would have starred in the same show back in 1998.

One point I would like to bring up is that the penultimate scene between Antony being confronted by Howard, Kristen, Tyler, Rose, and Justin as well as Gregory “Uncle Greg” and Josephine “Aunt Jo” would have emphasised how important Antony’s relationship with his cousins/legal guardians is. Sure, Uncle Greg and Aunt Jo are Antony’s biological parents, thus forming the bedrock of the Perez household, but Howard, Kristen, Tyler, Rose, and Justin are the heart and soul of the family. They are lovingly appreciative yet firm, as they are more than just cousins but also part of the family who also want to see Antony as well as his older siblings Amanda, Jay, and Chase live their best possible lives. They even help out Uncle Greg and Aunt Jo raise their children as if though they were their own, thus being the rock in the Perez family household, despite still being college students. The roles of Howard, Kristen, Tyler, Rose, and Justin would have also been vehicles for David Yost, Amy Jo Johnson, Walter Emanuel Jones, Thuy Trang, and Austin St. John to demonstrate that they were more than just those five actors who were leads on Mighty Morphin Power Rangers but equally legitimate actors with abundant range. Overlooking their penchant for martial arts, contact sports, gymnastics, and other physical activities, they would have broken the mould by showing viewers that they were more than just 90s action icons for children and teenagers and can naturally handle both comedic and dramatic moments, thus emphasising how genuinely authentic their performances are without any form of faking out. Furthermore, we would have all found ourselves starring in a show that celebrated and demonstrated the intricacies of growing up in a wealthy, multiracial, multiethnic family in Los Angeles, with Jonathan McDaniel aka Lil J’, Tahj Mowry, Walter Emanuel Jones, and Idris Elba being black; Mark Dacascos, Candace Kita, Thuy Trang, and I being of Asian descent; David Yost, Amy Jo Johnson, and Austin St. John being white, and Adrienne Bailon being Latina, thus celebrating and acknowledging diversity.

As much as I would have sung praises to David Yost, Amy Jo Johnson, Walter Emanuel Jones, Thuy Trang, and Austin St. John for being exceptional role models even to the point where they would have been invited by me and my family to Thanksgiving feasts, Christmas parties, birthdays, my first communion, and many other special occasions, it would have been Thuy Trang who would have played the most integral role in my life growing up as an actor and as a person. Much like how James Avery was described by Tatyana Ali as being her teacher, mentor, and father figure who reminded her and the cast that they have to be positive representations as well as learning about their history, Thuy Trang would have also been a teacher, a mentor, and guardian who reminded me at such a young age that it is also my duty to represent my family, the cast, and the crew in a positive light, to show diligence, perseverance, and good character under the face of adversity, and put loads of value on education. She would have also served as a vessel for me and the cast to understand the hardships of what it was like growing up in Vietnam before she and her family emigrated to the United States of America. Her wisdom and grace would have also opened my eyes to understand how much her family had to work in order to make a living in America while also acknowledging both the challenges of dealing with racial discrimination and the absolute importance of never forgetting one’s roots. Given that Thuy Trang was born in Vietnam and my family had strong Filipino-Spanish roots, we would have also highlighted how integral the Asian experience is, thus ensuring that we never forget where we came from nor our identities. When it came to that scene, she would have also helped me to calm down from my nervousness and look at her, Amy Jo, David, Walter, Austin, Mark, and Candace, act with them, and not act around them. As soon as I got it all together and we did that final hug even after the directed yelled cut, she would have also whispered in my ear while also being in tears, “You did well. We are all proud of you.” I would have been very devastated to know about Thuy Trang’s passing back in 2001 if I were a nine-year-old child star because she meant the world to me. With this news back in 2001, this would have meant that Rose would be killed off before the final season started, thus making the first episode of the final season deal with loss. She would have been more than just a co-star. She would have been a teacher, a mentor, a family member, and a role model who helped me be the person I am today. I will and would have always remember Thuy Trang as a strong, beautiful, and thoroughly conscientious person who lived gracefully and had an unparalleled purity that made her shine.

The final scene of “Your Lying Heart” from L.A. Dynasty aka the “It’s a Wonderful Lie”-inspired episode would have proven that I can handle tender material and be capable of dramatic scenes even as a young child actor; firmly establish how important David Yost as Howard, Amy Jo Johnson as Kristen, Walter Emanuel Jones as Tyler, Thuy Trang as Rose, and Austin St. John as Justin were as performers in their characters plus as members of the family, and not just being the five original Power Rangers; and have a long-lasting legacy on Thuy Trang as the light of the show.

I hope you all enjoyed this, and I will see you in the next submission. Take care, everybody. 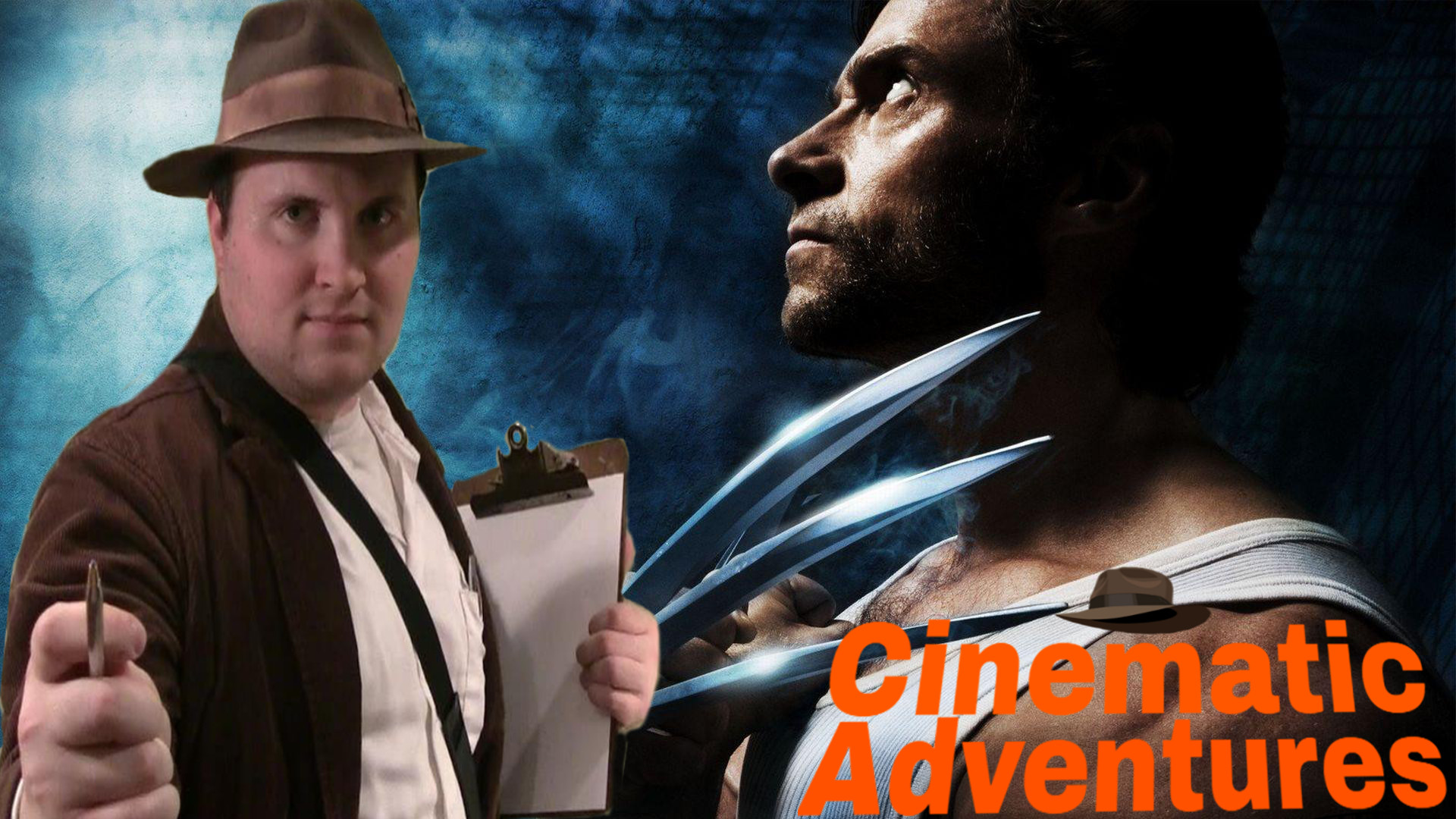