If these past examples are any indication, it’s safe to assume that anytime somebody pursues an animated feature with an adult audience in mind, we’re in for a massively fucked-up mindtrip. Our latest case in point is The House (2022), a stop-motion anthology film brought to us by Netflix.

The film is comprised of three segments, all set within the same distinctive house. The first segment takes place in the distant past, and our protagonist is young Mabel (voiced by Mia Goth). Her father (Raymond, voiced by Matthew Goode) is raising a good happy family in a modest provincial home, but his relatives shame him for settling for so little when he could have so much more. Enter Mr. Van Schoonbeek, the mad architect who’s just build a lavish house and offers for Raymond and his family to come live there for free. Of course the deal is too good to be true and the house is still under construction. Hence things go missing, strange men come and go through the house, and that’s when things REALLY start getting weird.

The middle segment takes place in the modern day, except that all of the characters are anthropomorphic mice. This is never explained. Jarvis Cocker voices an anonymous real estate developer who’s taken purchase of the house and sunk his entire life savings into renovating it in the hopes that some wealthy patron will buy it. Trouble is, the house has a stubborn pest infestation that explodes into nightmarish proportions as the plot unfolds.

Last but not least is the third segment, set in a post-apocalyptic future. The characters are all anthropomorphic cats, and this is never explained. Rosa (voiced by Susie Wokoma) is now in possession of the house, renting out rooms to try and raise money for renovation. Alas, she only has two renters left (Jen, voiced by Helena Bonham Carter; and Elias, voiced by Will Sharpe) and neither of them can afford to pay their rent in legal tender. So Rosa is trying to renovate the entire house by herself with no income, and the house itself is stubbornly falling apart to spite her. It’s an untenable situation that comes to a head with the arrival of Cosmos (Paul Kaye), a wandering spiritualist who’s basically Rosie’s polar opposite.

All three segments are standalone stories with virtually no crossover, but there are a few recurring themes. To start with, the first one is about a family (more specifically, a father) obsessed with the status and security of wealth. The second protagonist is focused on loading up the house with all the flashiest and most modern whistles and bells, no matter brittle or instantly dated they are. (To wit, the developer puts great emphasis on the gimmicky rotisserie oven.) And of course the third lead is single-mindedly focused on raising money to fix up a house that’s clearly beyond saving.

In all three cases, the film is explicitly about characters who are fixated on and ultimately destroyed by their own materialist pursuits. It’s a classic anti-materialist tenet that the things you own end up owning you, and that does indeed literally happen more than a few times in this picture. Yet it’s curious to note that one segment has a deeply tragic and disturbing ending while another ends on a more uplifting and optimistic note. And the remaining segment has a more ambiguous ending that’s honestly far more disturbing than either one.

Moreover, the house itself is a thing that consistently takes and takes from its protagonists, consistently promising yet never delivering any kind of return. In fact, it often appears that the house itself doesn’t want to be any better than it is — there’s even a brief yet crucial moment when a character clearly states “this house has been fighting me at every turn.” The smart and sensible thing to do would be to give up and move on, yet that’s easier said than done when so much time and money and pride has been sunk into this poor investment. How is it even possible to move on when there’s nothing left and nowhere else to go? In this way, the house makes for a rather poignant allegory on the subject of toxic relationships.

Even worse, there comes a point in all three stories — most especially in the first and second — in which the house becomes their identity. In the first segment particularly, the house forces the characters to give up everything they had, everything they knew, and everything they were before they moved into the house. They exist for the simple purpose of living and working inside the house, that is all they are and it’s all they do. Another potent allegory, this one about how our work and/or our art can consume us to the point where the labor is an end in itself.

Then we have the matter of the stop-motion animation. Obviously, animation was the most feasible option for presenting the characters as anthropomorphic animals, though I still have no idea what the fuck that was about. Though if I squint and tilt my head, I can kind of see how cats — famously stereotyped as a hydrophobic animal — would make sense in the context of a sunken world (presumably flooded by climate change). And yes, presenting another main character as a mouse makes sense from a metaphorical perspective that’s sadly too spoilery to discuss further here.

Anyway, stop-motion animation is inherently tactile like no other form of animation. Even if the characters don’t look or act quite perfectly human (or animal or what have you), they still register as a being in space, with volume. They have hair and fur that you could practically reach through the screen and touch, like so many animators clearly have. And when a living being is perfectly still — without blinking or breathing or moving a muscle — it’s inherently creepy in a way that could never be possible in live action, and nowhere near as effective as it would be with CGI or cel-shading.

The House (2022) is a strange one by any metric. There are many layers of thematic depth here, but they’re buried beneath a mile of aggressively weird and relentlessly disturbing shit. Everything from the animation to the setting is specifically engineered to be strange, either to the point of charmingly odd or to the point of nightmare fuel, and all points in between.

This isn’t an easy one to grade or classify, but it seems to fit quite nicely under the heading of “prestige horror”. The anthology structure and stop-motion animation certainly set it apart from the works of Ari Aster or Robert Eggers, but this definitely feels like the sort of thing that A24 might have released if Netflix hadn’t. So if you like your horror movies heady and creepy, definitely give this one a look. 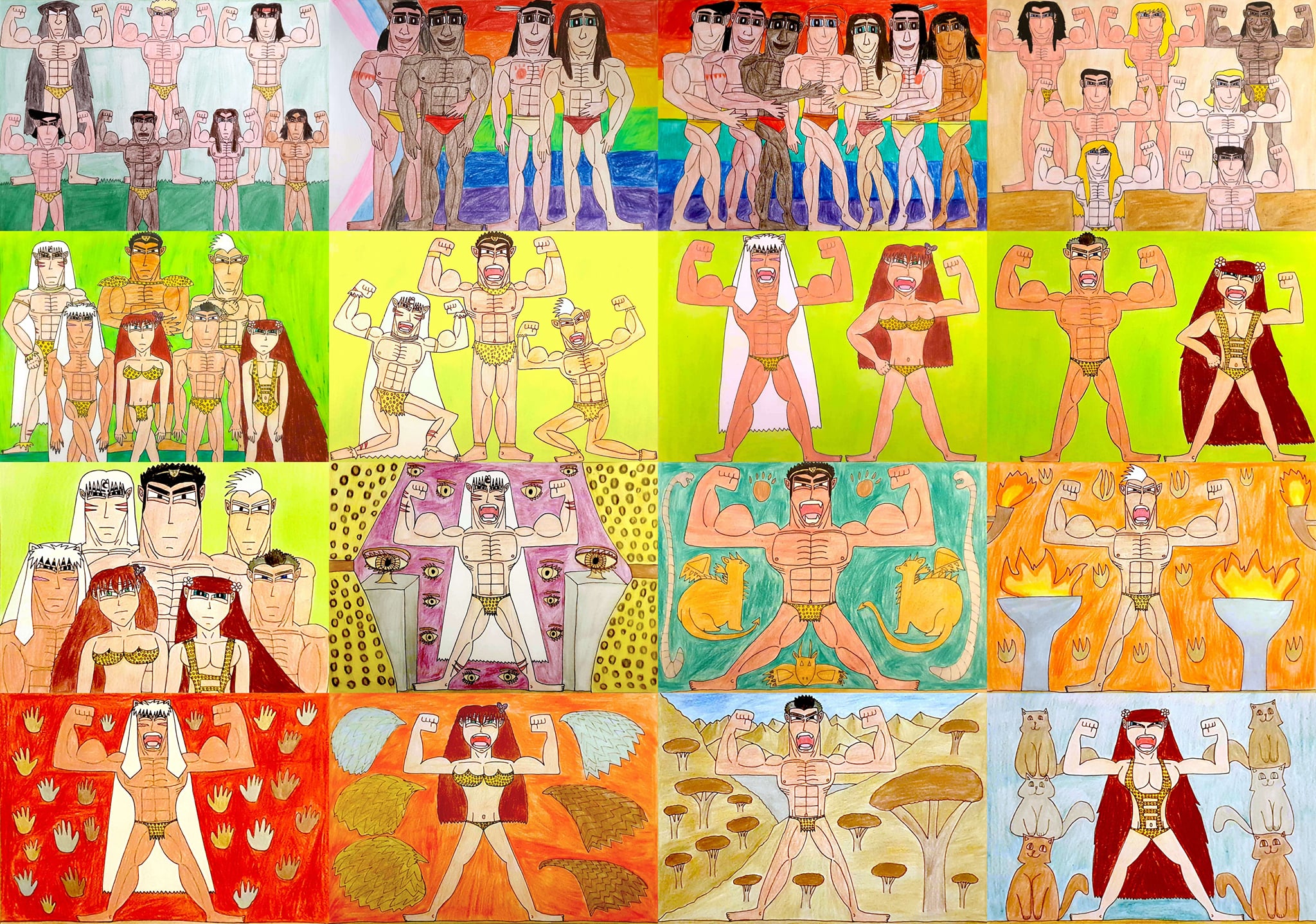