“A person is smart. People are dumb, panicky, dangerous animals and you know it.”

There was a time when Adam McKay was best known for Will Ferrell vehicles like Anchorman and Talladega Nights. But in the middle of all those Will Ferrell vehicles was a little movie called The Other Guys, an oft-overlooked action buddy cop comedy starring Ferrell and Mark Wahlberg until — psych! — literally at the very last minute, the film threw a curveball and hit us with a pre-credits barrage of title cards about how our entire system is rigged to make the rich even wealthier. It came right the fuck out of nowhere and didn’t remotely mesh with the rest of the movie, which is likely a significant reason why The Other Guys is barely a footnote in the filmographies of everyone involved.

At the time, The Other Guys was only a blip on the radar — one of those pictures that comes out in August, gets a moderately favorable critical reception, makes roughly $100 million, and disappears from the public consciousness altogether. Only in hindsight did that 2010 movie turn out to be a crucial portent of what was to come.

After a brief and obliging pause to make Anchorman 2, McKay dropped a bombshell with The Big Short in 2015. This was the movie The Other Guys signaled that McKay really wanted to make: A deep dive into how the Great Recession happened and nothing has really been done to make sure it could never happen again. But what really made The Big Short such a work of satirical genius is in how it took such a complicated subject, byzantine and unwieldy by deliberate design, and made it accessible to an audience of laypeople. It didn’t just give the audience a reason to be angry, it made the audience feel smarter, like we had a better grasp of exactly what happened to bankrupt an entire generation.

But then McKay came out with Vice, a dramatization of the Dubya years through the eyes of Dick Cheney. And the film had nothing of any value to say about the George W. Bush administration that hadn’t already been extensively documented in contemporary news outlets and subsequent movies. There was nothing remotely constructive about how this all happened or what we can do to prevent it from happening again, just so much finger-wagging about how we’re all more interested in the next Fast and Furious movie than in our own government.

I already knew that McKay was going to double down on the condescension and pessimism the minute I first heard about Don’t Look Up. It was only a matter of how bad the damage would be.

What follows is ripped-from-the-headlines stuff exaggerated to a heightened and satirical degree. Everything has to be divided along partisan lines, nobody can agree on what’s real anymore, nobody knows whom to trust, the wealthy and powerful keep us all ignorant sheeple, the people who actually know what they’re talking about are more proficient with math than with public speaking, and so on and so forth. Basically put, if you’ve seen The Matrix Resurrections, imagine Neil Patrick Harris’ two-minute monologue stretched out to 130 minutes. Complete with the condescending tone, the aggressively blunt moralizing, and the special effects.

What it really comes down to is this: There’s being blissfully ignorant, there’s being pessimistic to the point of rooting for the comet, and then there’s being constructive. You know, setting aside our differences and focusing on the question of what we can do to deal with the problem. The crazy thing is that this movie actively wants us to take the more constructive attitude while openly stating that it’s no longer possible. The film aggressively and painfully makes the case that even if we did pay attention long enough to try and deal with the problem, we as a species have grown so short-sighted and self-righteous and greedy and outright dysfunctional that we’d find a way to fuck it up anyway.

To some degree, I have to respect the movie for not pulling its punches. At its heart and core, from start to finish, this movie is all about the notion that we’re not guaranteed a happy ending. Bad shit happens that can’t be ignored. Sometimes we have to be angry, sometimes we have to be afraid, and there’s no sugar-coating those moments.

The film made that point perfectly clear. Now what am I supposed to do with that? How does this make me a smarter, stronger, more enlightened person? How can I use this knowledge to help make the world a better place? Don’t get me wrong, I’m not upset with the movie because it didn’t solve climate change. I’m upset with the movie for expressing the notion that even if we all worked together to try and solve climate change, it wouldn’t amount to anything.

I remember the words of a colleague, with regards to why he didn’t like Cormac McCarthy’s works: “We start out, and everything sucks. At the end, it’s three hours later, and everything still sucks.” Give or take an hour, that’s this movie.

But this brings me to the more personal themes that resonated with me far more strongly: The ones that center around the question of “What would you do if you knew the world was going to end in six months?” What new experiences would you try? Who would you want to be with? What new sins would you commit, and what (if anything) would you do to try and make amends to those you’ve wronged?

At the heart and core of this premise is the knowledge of precisely how and when all life on Earth is going to die. How could the human mind even comprehend something that huge? Perhaps more importantly, how would it feel to be a modern-day Cassandra, desperate to share such cataclysmic news that everyone else is unwilling to hear and/or fundamentally incapable of accepting? There’s a reason why denial is the first step in getting over a trauma, all we’re talking about here is a matter of degree.

We as a species have made great accomplishments. We’ve built skyscrapers and cured diseases. We’ve built machines that can carry people and cargo all around the world in only a few days, and machines that allow for instantaneous worldwide communication. Even as I type this, NASA is constructing the Webb Telescope — a machine so powerful that it will let us see the outermost edge of the known universe, showing us the stars as they appeared at the beginning of time itself — and the construction is happening entirely in outer space under the remote control of engineers here on Earth.

Yet for all the mind-blowing technology we have at our fingertips, for all the scientific breakthroughs that give us a better understanding of life and the universe, we are still only sacks of wet meat. We’re still slaves to our emotions, our biological urges, and our basic needs. We want to feel safe, we want to be happy, and we want to be part of a community. Even if it means making unthinkable compromises or horrific sacrifices. It’s just a damn shame we’re only allowed to explore these potent themes in short bursts, because pretty much all of the characters are only two-dimensional caricatures of humanity.

The cast is positively loaded with talent, and the performances here are definitely in the same class as The Big Short and Vice. Everyone’s trying so hard to strike a fine balance, chewing the scenery just enough to make a satirical point through exaggerated comedy, but playing it straight just enough that we can still take the film and its messages seriously. DiCaprio literally cut himself in Django Unchained, spilling his own actual blood in his unhinged pursuit of an Oscar, and that’s the kind of crazy he brings here. Jennifer Lawrence hasn’t lost a step, Meryl Streep is of course a notorious ham, and Jonah Hill once again plays a douchebag hate sink like he has so many times before.

Cate Blanchett’s turn here would’ve been so much more impressive if she hadn’t just done the same thing a hundred times better in Nightmare Alley. Timothee Chalamet, Ron Perlman, Tyler Perry, and Himesh Patel are all sadly wasted, but at least they play their supporting roles well enough to prop the film up. I didn’t even realize Michael Chiklis was in this picture. Ariana Grande and Kid Cudi do marvelous jobs playing parodies of themselves. Melanie Lynskey is easily the unsung hero of the supporting cast — she and Rob Morgan are pretty much the only two people in this cast playing characters recognizable as actual human beings and not shrill caricatures of modern archetypes.

Speaking of which, there’s the matter of Mark Rylance, here playing the personification of Big Tech. He’s a great actor, don’t get me wrong, but he was miscast here. For one thing, he’s too old by half to play the likes of Mark Zuckerberg or Elon Musk. For another thing, Rylance was very clearly given the assignment of capturing that uncannily inhuman vibe that Musk and Zuckerberg so famously give off. As talented a dramatic actor as Rylance is, the guy was stuck playing a parody of a parody of an actual person, while also striking the aforementioned balance of keeping it just straight-faced enough. That’s indisputably a tall order, and I’m not entirely sure he found a way to pull it off.

Look, folks, this has been an exhausting couple of years. Hell, the past five years have been terrifying and traumatic. We’re confused, we’re scared, many of us are dealing with the pain of losing loved ones to COVID, and all of us are wondering what we can do to come out the other side with a brighter future, if we haven’t given up hope already. Don’t Look Up is only a reflection of all that uncertainty and ugliness without offering anything in the way of commentary. It’s not funny because we already know all the jokes. It’s not informative because it doesn’t tell us anything we haven’t already heard. It does nothing to help us understand any of this or move past it. If anything, the film posits that the system is rigged in such a way that nothing will ever improve and we’d all be better off if the apocalypse would just come already.

I could watch the likes of Stephen Colbert, Seth Meyer, Trevor Noah, Jon Oliver, or even Jon Stewart’s new program, and any one of them could make me laugh harder while helping me feel like I’ve got a better grasp on what’s going wrong and how we can fix it. What use could I have for a 130-minute movie when a ten-minute late night monologue would be more enjoyable and edifying? 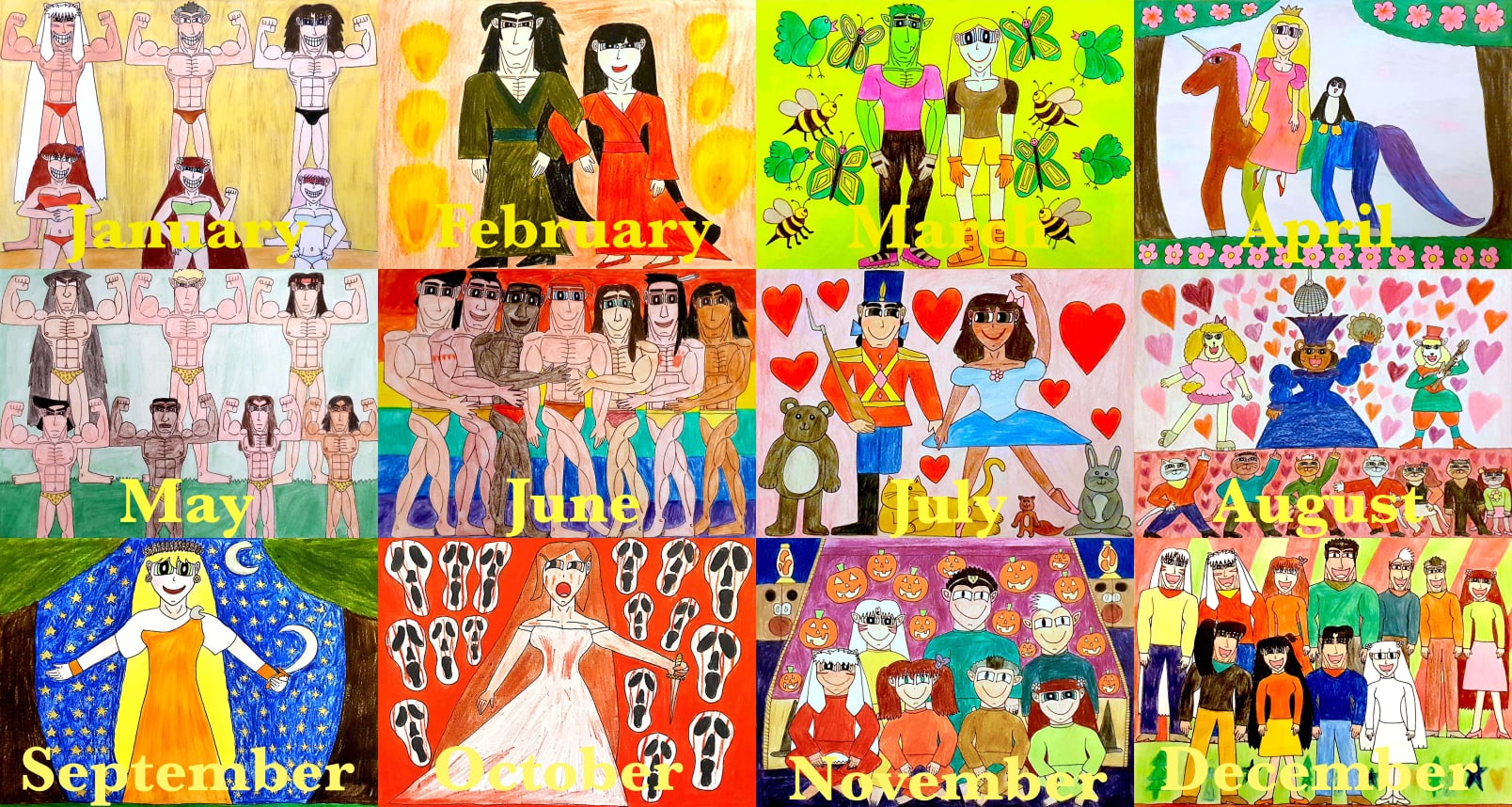