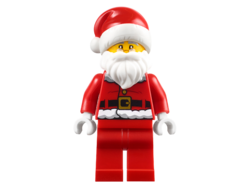 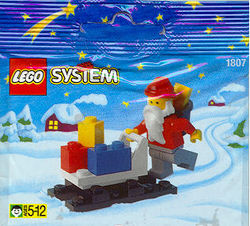 You’ll notice that he’s a bit more simplified compared to the minifigure I opened with. Still, not a bad start.  As I mentioned LEGO has used Santa quite a bit and not just for sets.  You can find him as a keychain,  which was my very first LEGO Christmas ornament 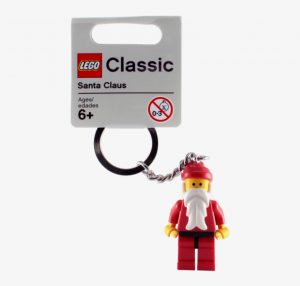 There is also this wonderful snowglobe that I am more than happy to own. 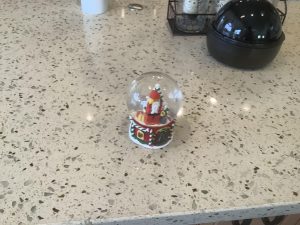 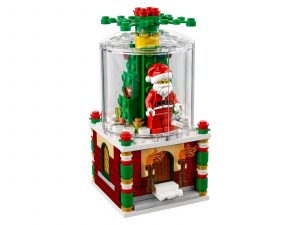 Now,  there have been quite a few other sets including this yea’s Santa’s Visit. 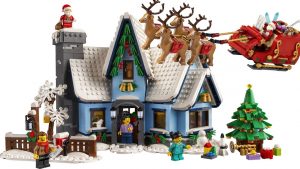 One of the funniest Santa’s LEGO has released is the one of him taking a shower. And the Santa’s Visit set is the first one to included a printed beard piece 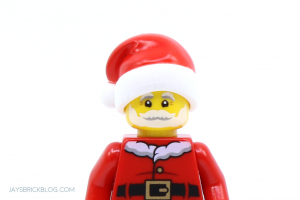 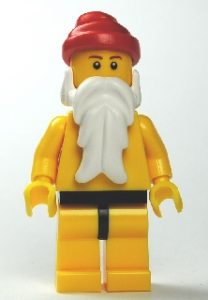 Something about this is just funny and rather cute.  Now something I didn’t know before writing this blog is Santa has appeared in some of the LEGO videogames as an unlockable character such as LEGO Star Wars II: The Original Trilogy 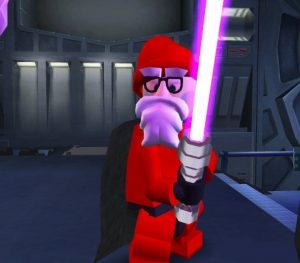 While not playable, a Santa minifigure can be seen running around in the Shazam DLC for LEGO DC Super-Villains And Santa is even seen in the LEGO TV show, LEGO City Adventures where he’s arrested for breaking and entering and then gets help from a cop (bleh) to save Christmas. 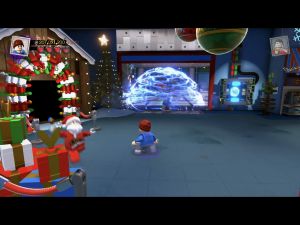 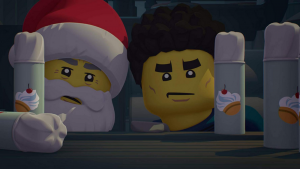 Something else really cool is kids can meet minifigure Santa at the Legoland parks and even his workshop has a LEGO feel. 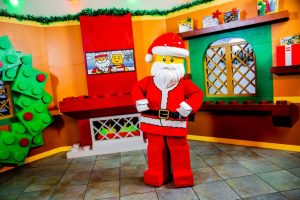 I know that this was a bit short and not thorough but it was fun sharing this look at the various ways that LEGO has depicted Santa Claus.