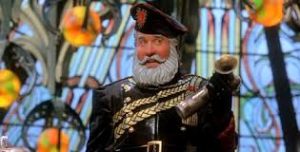 One of my favorite childhood Christmas movies is The Santa Clause.  Yeah, Tim Allen kinda sucks nowadays but I can still hold onto my love for the original movie.  I do find it so odd that a sequel was released so many years after the fact and well,  I do overall enjoy this sequel (much more so than the godawful third movie)  but if there is one thing that bugs me about the two Santa Clause sequels is that they try to do too much.  This one alone has a second clause where Santa has to get married, deal with his son, Charlie getting in trouble at school, and acting out because his dad isn’t around. And then you have Toy Santa being in charge of the North Pole and taking things to a bit of an extreme.  The Toy Santa stuff is the C plot of this movie and while it’s fun,  it’s not needed.  That does seem to be a common problem with Christmas movies sometimes, they overstuff the movie thinking as though they are prepping the Christmas turkey for dinner. 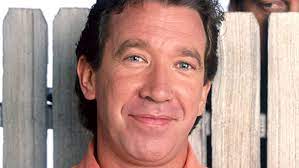 God, my opinion on Tim Allen has severely waned over the years. I loved Home Improvement and greatly enjoyed him as Buzz Lightyear.  As I mentioned, he’s kinda revealed his true colors over the years and I first got the feeling that he was something of a blowhard after sitting through one too many episodes of the godawful Last Man Standing.  And then there is of course what he said about being a Republican in Hollywood.

“You’ve gotta be real careful around here,” Allen replied. “You get beat up if don’t believe what everybody believes. This is like ’30s Germany.

Man, it sucks when actors that are in movies that you love reveal their true colors.  This sucks even more because Allen’s portrayal of Santa Claus is what I envisioned when I thought of Santa as a young kid.  It’s even worse for me because Allen is such a good Santa Claus and man, I wish he wasn’t played by someone with such awful beliefs.  The only thing that could have made this movie any harder to watch is if Mrs. Claus was played by someone like Roseanne Barr.  (shudders)  At least this generation get a badass like Kurt Russell as Santa Claus 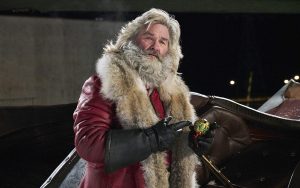 Okay so, Toy Santa comes into existence being made by elf Curtis as a way to have someone oversee things at The North Pole while Santa is away trying to find a Mrs.  Claus.  The first shot of him is him coming out of the duplication machine and he’s naked.  This is is also where we get to see Santa inspect Toy Santa with one of the briefest interactions and I agree with Santa’s conclusion, it’s creepy. 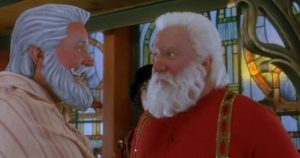 So, the basic gist here is one of those stories of where sentient life takes over humanity and thinks it can do a better job than its creator.  Think Ultron but Christmassy. 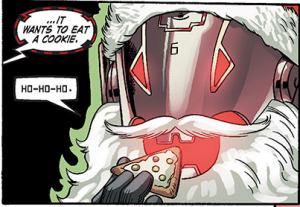 Yeah,  that does sum up what Toy Santa is like as a character.

As I said, Toy Santa is Christmas Ultron. You know how Ultron browses the web and comes to the conclusion that humanity is beyond repair,  Toy Santa is given the Santa Handbook to read and reads it to the extreme and believes that every rule has to be followed to a tee.  He takes things to an extreme level and turns The North Pole into something of a dictatorship.

It gets to his head and starts acting as though he’s the real Santa.  It’s not bad but man everything about Toy Santa is just creepy for the wrong reasons.  You get the sense of taking things to the extreme by checking the Naughty/Nice list and putting so many of the kids on the Naughty list. 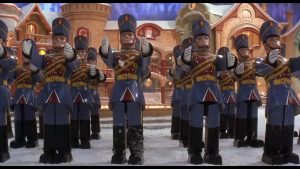 In what appears to be a nod to Babes in Toyland,  Toy Santa creates an army of Toy Soldiers to keep watch over The North Pole and they are just mindless drones, unlike Toy Santa that follow his every whim and order.  They are a bit fun if nothing special to write home about.

Quite simply put, he wants to deliver coal to all the children all over the world because he believes every child is naughty even though he has been informed that they try to cut the kids some slack during this time of year.  This ties back into what I mentioned with the Ultron comparison and how I mentioned that he believes everyone deserves to be punished.

I believe that his most evil deed would have to be how he turned The North Pole into a literal prison.  It’s a small moment to be sure but it shows how far this creation is willing to go to get what he wanted.

Toy Santa is defeated when the real Santa returns to The North Pole and there is a fight on the sleigh between the two that includes a forced Toy Story reference. 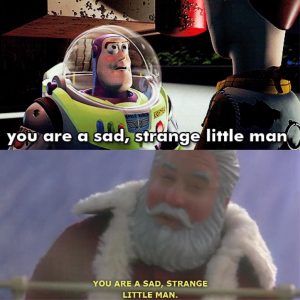 Yeah, I get it Tim Allen and there’s going to be a reference to one of his most famous roles. Home Improvement did the same thing as well but it didn’t feel as forced there with a couple of references. 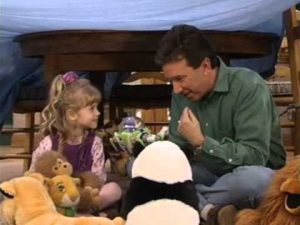 Something small there but I kinda feel like when you have a character recite a line that another character they are known for is a bit annoying.

I know that was quite a bit of a tangent but I felt the need to bring it up. Anyways,  Toy Santa is defeated when the sleigh crashes and he is reduced down to the size of a toy. So nothing too special.

Is Toy Santa A Good Villain?

He’s fine if nothing special. I don’t think he was necessarily needed for the movie as there was enough else going on in the movie without needing a villain. Again, not bad but not really needed for the story that was being told.   We aren’t quite done with this franchise yet as we look at one of the worst villains I’ll be looking at this month… 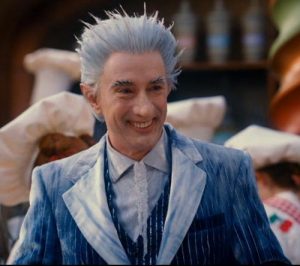 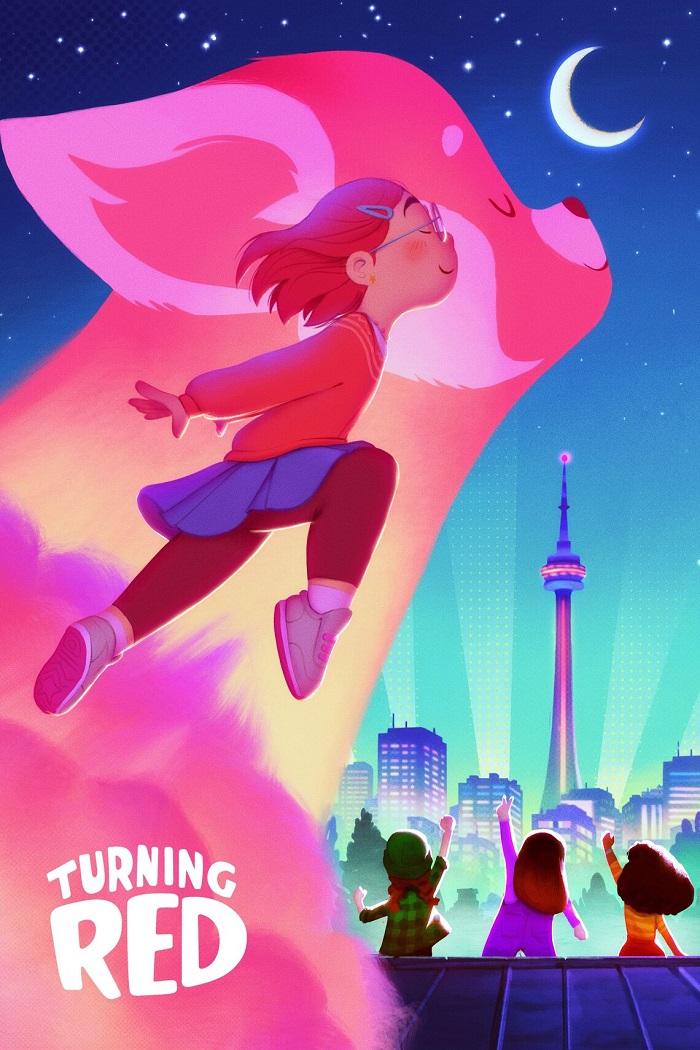