Earlier this year, Netflix offered a film called Concrete Cowboy, a western film crafted by a debut writer/director, in which Idris Elba anchors a cast of mostly black actors. It worked well enough as a movie about racial issues, and the anachronism of old-fashioned cowboys in a modern setting worked beautifully. Trouble is, the cast was uneven and the coming-of-age plot simply didn’t work, so the end result only evened out to “mediocre”.

So here’s The Harder They Fall, another Netflix western from a debut writer/director, in which Idris Elba anchors a near-exclusively black cast. A crucial difference is that this time, said writer/director is Jeymes “The Bullitts” Samuel, who came up as a singer/songwriter/music producer/music video director working with the likes of Jay-Z, Gorillaz, and Kid Cudi. (Strangely, I don’t see any sign that Samuel ever collaborated with his big brother Seal.) I might add that Boots Riley followed a similar career path on the way to his feature filmmaking debut, and look how Sorry to Bother You ended up!

Yet for Samuel’s debut feature, he put together a cast with enough talent to make a Spike Lee joint look like Malcolm Lee picture. We’ve got the likes of Jonathan Majors, Zazie Beetz, Regina King, Delroy Lindo, and Lakeith Stanfield around Idris Elba, all of whom have yet to show any sign that they have a single bad performance in them. Further down the list, we’ve got rock-solid supporting talents like RJ Cyler, Edi Gathegi, Danielle Deadwyler, and Deon Cole. Hell, even Damon Wayans Jr. proves himself a legitimate journeyman character actor with this one!

Most importantly, this film doesn’t take place in the modern day, and there’s no genre-blending hook. This is a hardcore straightforward Western made in explicit tribute to the historically underrepresented black cowboys of the Old West. And in all honesty, it’s a damn crying shame that the likes of Bose Ikard and Bill Pickett have been cast aside in favor of Billy the Kid and Wild Bill Hickok.

After all, the Wild West was famously built by people who traveled across an entire continent of untamed wilderness to find a better life for themselves, building new homes and new livelihoods far from the purview of East Coast society. In the chaos of Reconstruction, at a time when slaves had been newly freed, the Union was still crawling with bitterly violent sympathizers to the defunct Confederacy, and Jim Crow segregation laws were right around the corner, why wouldn’t black people want to run away from all that and try to start fresh out west?

Anyway, the film makes it explicitly clear with a title card at the outset that this is fictional take on very real people. Basically, the filmmakers appropriated names from actual black cowboys and stuck them all to fictional characters.

Our protagonist is Nat Love (Majors), whose parents were killed right in front of him by a crime boss named Rufus Buck (Idris Elba). And then Rufus carved a cross scar into young Nat’s forehead, just to add insult to injury. “Some time later”, Nat is a full-grown outlaw, working alongside superstitious sharpshooter Bill Pickett (Gathegi) and headstrong quick-draw Jim Beckworth (Cyler). Together, the three of them steal money from bank robbers.

However, Nat is eager to retire from his life of crime and settle down with his old flame (Stagecoach Mary, played by Beetz), now that Rufus Buck is serving a life sentence in prison and everyone else responsible for helping to kill Nat’s parents is dead. Right on cue, we find out that there’s a new Rufus Buck Gang, headed up by “Treacherous” Trudy Smith (King) alongside notorious quick-draw Cherokee Bill (Stanfield). Long story short, the gang is able to pull together enough money and influence to get Rufus Buck a full legal pardon, and they get him out of prison.

It turns out that Rufus Buck is the founder of a California town called Redwood, which was built for the explicit purpose of serving as a haven for black folk. To make another long story short, Rufus has big ideas for building up his perfect world, and he needs money to do it, so he’s taken to squeezing its citizens for every cent they’re worth.

In all fairness to Rufus, taxing his people into oblivion wasn’t Plan A. No, his initial big idea was commissioning the Crimson Hood Gang to rob a bank and steal $25,000 to build his grand design. Trouble is, the Crimson Hood Gang got ambushed and their loot taken by — you guessed it! — the Nat Love Gang.

So now Nat Love wants his revenge, Rufus Buck wants his money, and we’re off to the races.

Though this story is most certainly not told in the modern day, it’s definitely a story told from a modern black perspective. This is most plainly obvious in the soundtrack, loaded with finely curated rap and hip-hop tracks. It’s also visible in Trudy Smith’s tavern, made to look like a surreal blend of “old-timey western saloon” and “high-priced uptown strip club”. But my personal favorite example is a white town in which literally everything — the people, the horses, the walls, even the dirt! — is white. The whole movie is loaded with these post-modern self-aware flourishes that highlight and subvert the stereotypical expectations of the western genre, drawing specific attention to the racial aspect without getting in the way of what’s otherwise a rollicking western revenge romp.

But even more than the racial commentary — regarding black people escaping lynch mobs to eke out a living with the table scraps white people leave behind and so on — what really hooked me on this movie was the twisted morality of it all. On the one hand, Nat Love and his cronies are nothing more than petty thieves out for their own fleeting and short-lived thrills (money, revenge, ego, etc.). Compare that to Rufus Buck and his associates, all of whom have a much grander vision motivated by deep-seated injuries against black people. These people are intelligent and calculating while our heroes are brash and impulsive. Rufus Buck believes in something greater than himself, while Nat Love and his gang don’t believe in anything but themselves.

So why is Nat Love our hero while Rufus Buck is the supposed villain? Well, it might have something to do with the fact that the Nat Love Gang only directly kills and steals from other criminals, leaving civilians to go about their day. Compare that to Rufus, who has no qualms about bullying, stealing from, and even killing unarmed civilians if it’s the only way to get what he needs.

Speaking of which, it’s left an open question as to precisely why Rufus killed Nat’s father to begin with. Taking Rufus’ motivations and methods into consideration, there’s a distinct possibility that the murder may have been justified. Or maybe (*gasp*) our hero and our villain are merely two sides of the same coin, more alike than either would like to admit. This theme — coupled with the big climactic reveal — could have and probably should have dissolved into hackneyed melodramatic claptrap, but the writing is too damned clever to let that happen. Of course Majors and Elba do more than enough to help sell the conflict — seriously, it’s worth tuning in just to see these two try and act each other off the screen.

This brings me to the biggest problem the film has, and it’s a damn fine problem for a movie to have: There’s simply too much talent to go around. Even with a relatively generous runtime of 139 minutes, there just isn’t enough time here for everyone to get their due.

Take Zazie Beetz, for example. Here we have a spirited performance for a wonderful character. Stagecoach Mary quickly proves herself to be a capable and independent romantic lead, more than a match for any of her male costars. Yet she spends half the movie locked up and helpless until the male lead can spring her free. Pathetic.

Another great example is Cherokee Bill. Lakeith Stanfield proves himself remarkably capable in a villainous role (something I don’t think I’ve ever seen from him before), and he’s got more than enough charisma to power his scenes. Trouble is, he doesn’t get enough lines or screen time that I ever really got a feel for who Cherokee Bill is and what he’s about. We get a few drips and drabs, sure, but nothing that really congeals into a solid character.

I could say the same for Edi Gathegi and Danielle Deadwyler, both of whom bring more than enough talent and charisma to provide an illusion of character depth far greater than what actually appears on the screen. RJ Cyler probably gets the worst of it, stuck with a one-note character (albeit an entertaining one who serves as viable comic relief) who had the potential to be so much more.

But on the other hand, we’ve got Jonathan Majors, Idris Elba, and Regina King. Those three and their respective characters get screen time and backstory for days. And honestly, those three actors and their characters are more than compelling enough to keep the plot going and the movie compelling.

Overall, I had a wonderful time with The Harder They Fall. It’s overstuffed, sure, and it’s frustrating how so many wonderful characters get shafted. Still, the movie more than makes up for its flaws with charisma and style in abundance. The film is a sturdy and exciting western that plays firmly within the comfortable genre tropes, but the filmmakers are bold enough and savvy enough to subvert those same tropes in all the right ways.

It’s a masterful blend of the familiar old and the challenging new, an old-fashioned western with new bells and whistles. Definitely check this one out. 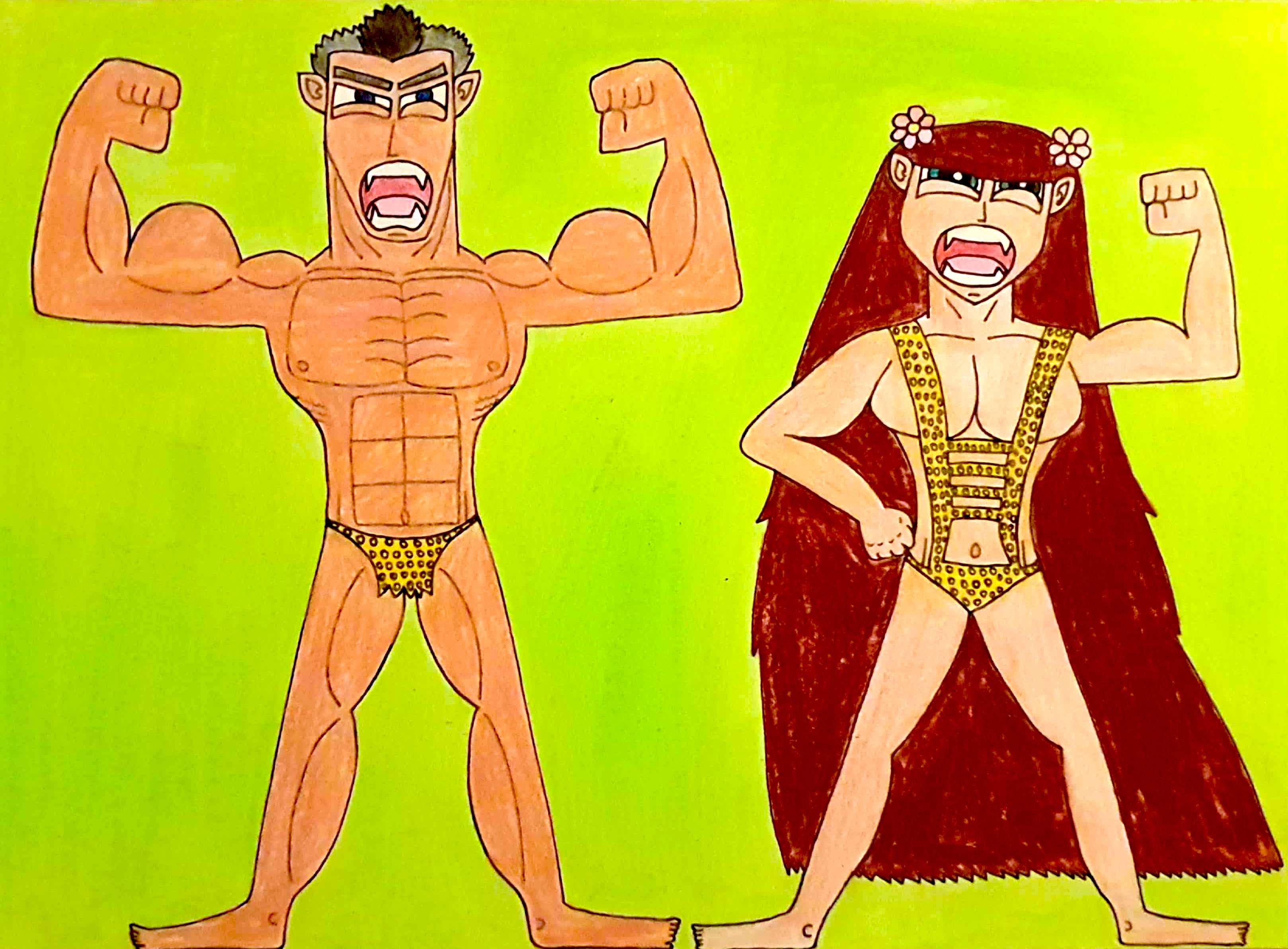