Nov 17, 2021 Anime, fan art, Inuyasha
This piece of Ayame and Shunran fan art, which is my submission for ItsRaspring’s Halloween Contest is dedicated to xoLauren1711ox, JasonGonzales182, Irken-Pony1117, and VapinHotPink who are celebrating their birthdays today. So, I wish you a lot of love, beauty, splendour, magnificence, passion, excellence, creativity, and marvel in your lives as artists and as people. Furthermore, this is my entry for this year’s Red Ribbon Reviewers’ submissions as well as this year’s Inuvember submission.
Do you think Ayame and Shunran cannot be as fierce, strong, formidable, and warlike compared to their big brothers from other mothers Sesshoumaru, Shuran, and Hakkaku and their respective husbands Inuyasha and Ginta? Think again because these jungle queens are on the prowl to tackle poachers, predators, and many other cretins who dare cause harm to their jungle home, their friends, and, most importantly, their family. They are a combination of super strength, amazing agility, incomparable combat prowess, and bodacious beauty that no other goddess, queen, and or empress of Africa could ever compare to. Aside from their external beauty and strength, Ayame and Shunran have a sturdy sisterly bond that has brought them close since forever. In fact, the likes of Xena the Princess of Amphipolis and Sheena the Queen of the Jungle would be so proud of Ayame and Shunran for their display of unparalleled bravery and unwavering fortitude. Therefore, Ayame’s courage, valour, and stamina are comparable to Athena and Artemis while Shunran’s lovability, cunning, and adorability are comparable to Aphrodite and Helen of Troy, thus being the most gorgeous pair of jungle queen sisters the whole of Africa and the world has ever seen.
36-year-old Ayame is the queen of the jungle known for her steely determination, unwavering willpower, astounding athleticism, super strength, forceful fists, and furious feet. She has been known to wrestle lions, tigers, gorillas, leopards, warrior men twice her size, and various creatures ten times her size, thus demonstrating strength, resilience, and impeccable physical prowess in fabulous form. Physical capabilities aside, Ayame is incredibly staunch to those she considers family, protective to the disenfranchised, loyal to those nearest and dearest to her, and prizes perseverance as a great value to anybody’s life. With her fortitude and courage combined, Ayame rules the jungle with bravery, protection, and solidarity, thus consistently exercising her duties as the jungle queen. In fact, Ayame could give Sarabi, Nala, Jana of the Jungle, Sheena, La the High Priestess of Opar, Rulah, Xena, and Shanna a run for their money because of how much she rivals them in beauty and brawn. When Ayame is not bulldozing enemies with the potent force of her combat prowess, she enjoys meditating, doing yoga, and practicing various martial arts with Sesshoumaru, lifting weights and sparring with Shuran, swinging vines with Hakkaku and Ginta, and, most of all, ruling and fighting side-by-side with Inuyasha as her jungle king while coming back from their battles ready to make hot, steamy love to each other. Where Shunran is concerned, she enjoys running, swimming, swinging vines, diving, and sparring with her surrogate little sister while being as huggable and cuddly as sisters can be.
34-year-old Shunran is the peacekeeper of the jungle known for her incomparable cunning, fleet feet full of speed and flight, powerful combat prowess, incredible hunting skills, and youthfully otherworldly beauty. She has been known to outrun cheetahs, leopards, panthers, and jaguars, outmuscle gorillas and lions, and outsmart snakes while snarling at them with vicious venom. Shunran is an eternally youthful bundle of joy, mischief, and fun whose sunshine constantly radiated on her family when all the days are grey and down. As the jungle peacekeeper, she knows how to quell any form of animosity going on thanks to her intuition, cease and desist any poacher from sapping the jungle’s precious resources, and protect her family and friends from all pernicious harm. Shunran’s adorable beauty could make Sheena, Shanna, Dejah Toris, Pocahontas, and Nakoma quite envious because of how she can easily compare to them in strength, beauty, and cunning. When Shunran is not trapping poachers, hunting for food, and tackling predators with her bare hands, she enjoys sparring in various martial arts and meditating with Sesshoumaru, wrestling, weightlifting, and circuit training with Shuran, Inuyasha, and Hakkaku, and having a lot of moments of night-swimming, canoodling, and spicily hot passion with her one and only husband Ginta. Aside from the men, Shunran also enjoys having a lot of girl time with her best friend for life/surrogate older sister Ayame because they can run, swim, dive, and spar in kickboxing, wrestling, boxing, and various martial arts with her while being the strongest sisters ever.
Ayame and Shunran illustrate what indubitable jungle beauty can look and feel like. Ayame’s boundless physical prowess through her strength and combat skills plus Shunran’s peerless agility and focused cunning are a combination for absolute fortitude reminding their foes that they are more than just pretty faces and luscious bodies. When it comes to their sisterhood, Pocahontas and Nakoma could easily attest that Ayame and Shunran are tight sisterhood incarnate.
I hope you all enjoyed this, and I will see you in the next Inuvember submission. Take care, stay safe, and support your local jungle queen and jungle pacifist, everybody.
Ayame and Shunran from Inuyasha belong to Rumiko Takahashi and Sunrise. 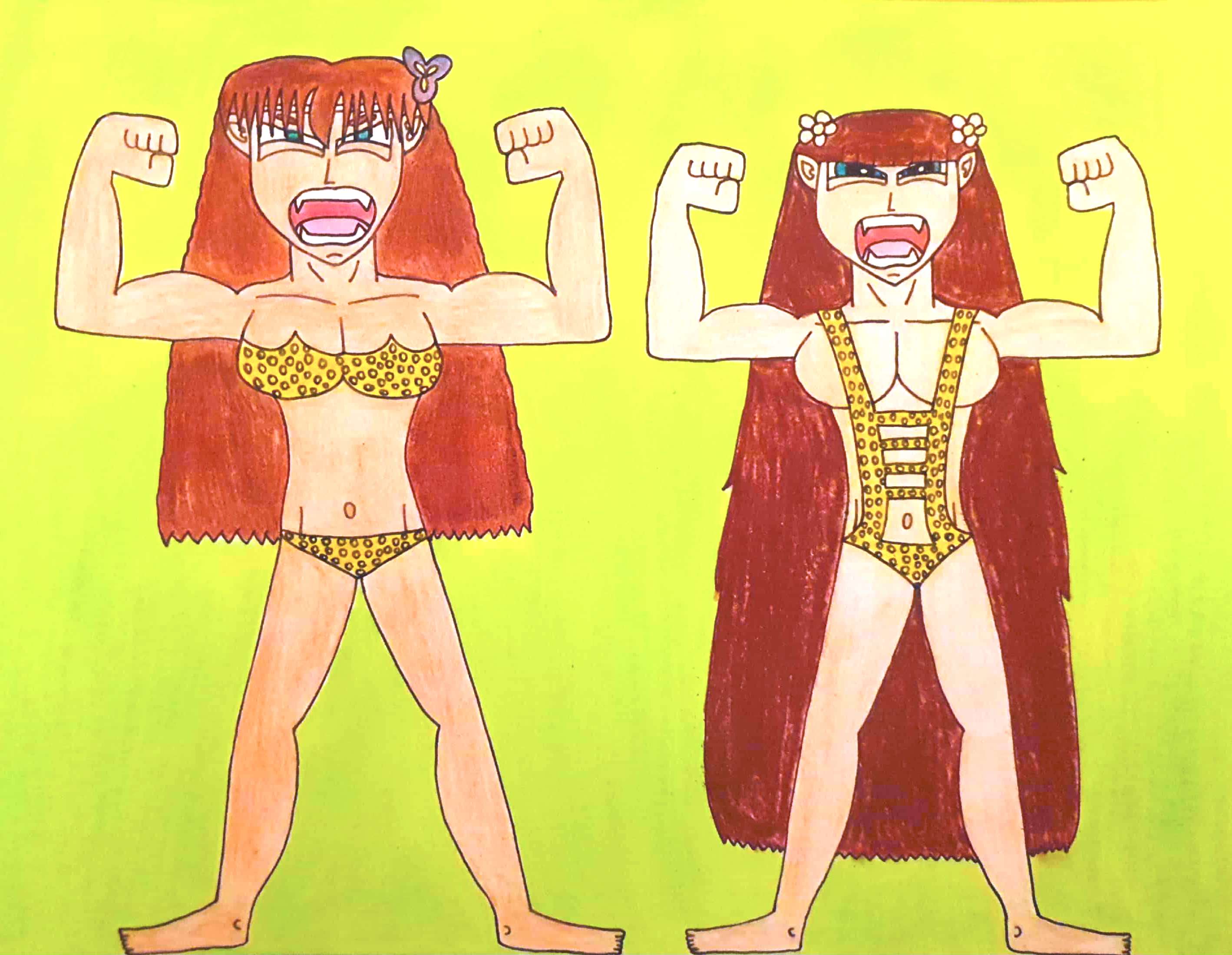