This piece of Sesshoumaru, Shuran, and Hakkaku fan art, which is my submission for ItsRaspring’s Halloween Contest, is dedicated to KazunaPikachu, wildewomen19, zeetrip, and UTEWlover333 who are celebrating their birthdays today. So, I wish you a lot of love, joy, and prosperity on your very special days. Furthermore, this is my entry for this year’s Red Ribbon Reviewers’ submissions as well as this year’s Inuvember submission.

It has been four months since I last drew The Splendid Seven as jungle warlords from Africa, and what better way to continue this array of belated Halloween Contest entries than having Sesshoumaru, Shuran, and Hakkaku on the helm. For this set of belated Halloween submissions, I shall have Sesshoumaru, Inuyasha, Ayame, Shuran, Hakkaku, Ginta, and Shunran be the feral jungle warriors they are, enough to scare any poacher from breaching their home. Furthermore, Sesshoumaru, Shuran, and Hakkaku have a brotherhood based on trust, loyalty, respect, and allegiance. Sesshoumaru’s strength and stealth is enough to put any high priest to shame, thus making Shuran and Hakkaku offer him their undivided respect, allegiance, and overall fraternal love.

40-year-old Sesshoumaru is the lord high priest of the jungle whose prodigious strength, everlasting stamina, and peerless stealth make him a most worthy opponent. Anybody who is brazen enough to knock him out would end up being defeated by the force of his fists, the sharpness of his claws, and the force of his bear-hugs, back-breakers, Boston crabs, and camel clutches. Sesshoumaru rules the jungle with an iron fist while providing perpetrators a speedy execution, making even Kavandavanda envious of him. Simultaneously, he also offers wedding ceremonies to any new power couple, such as the time he blessed Inuyasha’s and Ayame’s wedding. When he is not making jungle sacrifices and uniting couples who deserve a happily ever after, he is a wise and stern father to Asagi, Dai, Roku, Kai, Rin, Shiori, and Shinta, thus watching them grow up to be just as strong, focused, and mighty as he is.

39-year-old Shuran is the jungle bodyguard, for his super strength, imposing size, and fierce ferociousness can bar any intruder from violating their jungle home. Shuran’s impeccable physical strength and lightning manipulation ensures that protection remains a high priority, especially towards his family and friends. At times, even the elephants, the gorillas, the leopard-men, and the warriors of Opar are envious of Shuran’s great strength because of how magnificently he uses it by virtue of his killer back-breakers, bear-hugs, flips, chokeholds, and neck-breakers. Overlooking his imposing size, unparalleled combat prowess, and intimidating manner, Shuran is loyal to a fault to all his family members, especially to Sesshoumaru, thus never letting them get hurt. Jungle bodyguard duties aside, Shuran is a loving father to Kohaku, Shintaro, Taichi, Souta, Shion, Bunza, and Kokichi, thus helping them grow up to be the super strong jungle warriors that they are today.

38-year-old Hakkaku is the jungle messenger known for his endurance, speed, stamina, and strength, thus making him a complete athlete through and through. Hakkaku may be easily agitated, anxious, and high-strung on the outside, but, beneath that outer shell, he is a surprisingly formidable fighter thanks to his fine combat prowess complete with his trademark punches, kicks, and chokeholds. Every jungle tribe from the Waziri to the Kavuru tribe would have Hakkaku to thank for sending out various messages by word-of-mouth, especially when it comes to how he communicates with various animals. His loyalty is just as formidable, as he shows a lot of appreciation towards Shuran and respect towards Sesshoumaru to the point where he considers them to be the greatest brothers ever. Aside from his illustrious messenger career, Hakkaku is also an appreciative father to Hitomi, Moegi, Satsuki, Mizuki, Koume, Kanna, and Ai, thus ensuring that unconditional love and respectful allegiance are the cornerstones of the family and seeing them grow up to be valiant women.

Sesshoumaru the lord high priest, Shuran the bodyguard, and Hakkaku the messenger may have different capabilities, but they are never to be underestimated because of how much collateral damage their strength, stamina, and stealth can cause. Therefore, do not ever mess with them, lest you endure Sesshoumaru’s claws piercing your flesh as he leads you to be sacrificed, Shuran’s bone-crushing bear-hugs, and Hakkaku’s fierce punches and kicks.

I hope you all enjoyed this, and I will see you in the next Inuvember submission. Take care, stay safe, and support your local jungle lord high priest, jungle bodyguard, and jungle messenger, everybody.

Sesshoumaru, Shuran, and Hakkaku from Inuyasha belong to Rumiko Takahashi and Sunrise. 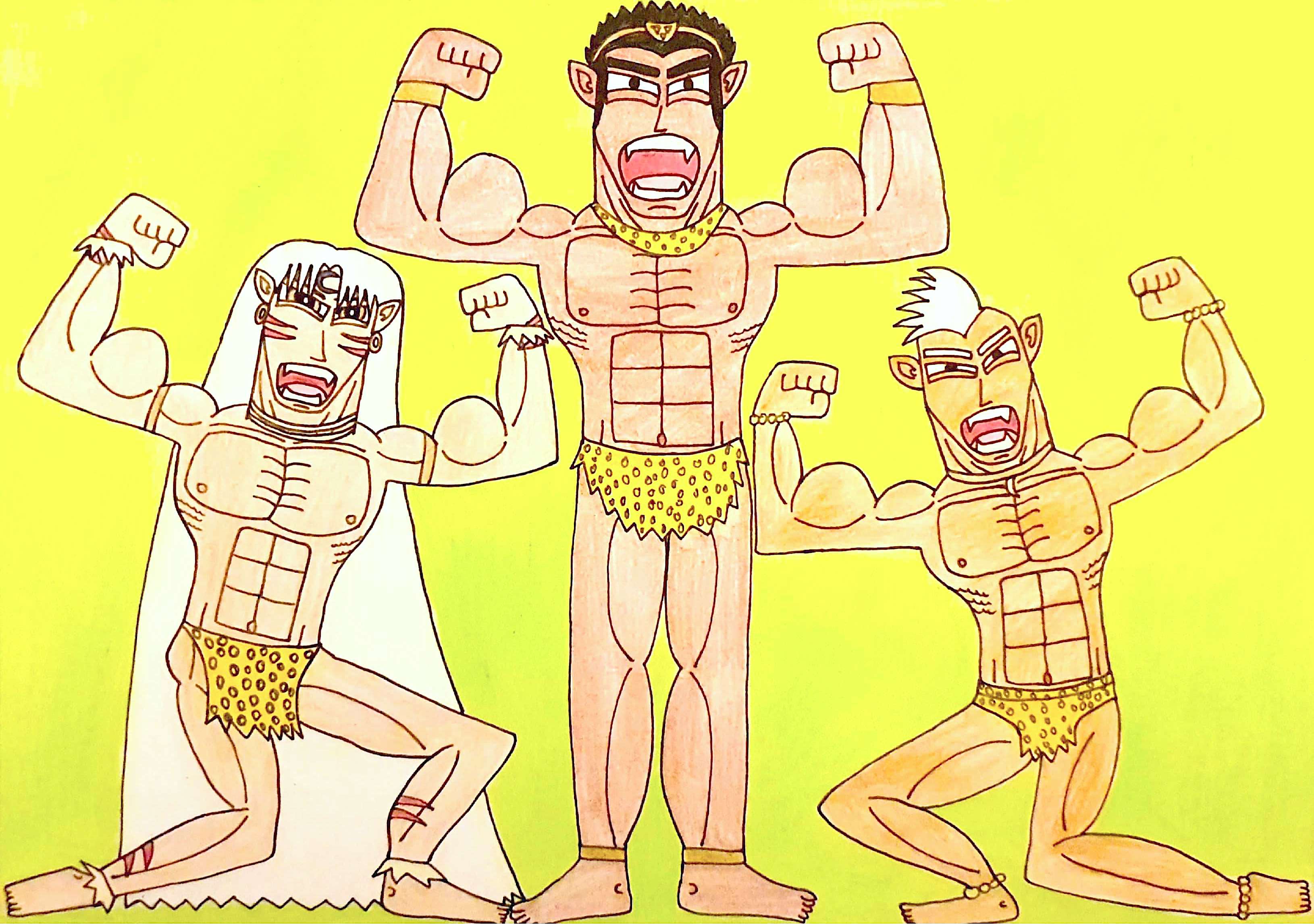