Prepare to defend yourselves, dear readers, because these seven yokai warriors are about to dish out their relentless power. Whether Sesshoumaru, Inuyasha, and Ayame knock you out with their punches of granite, Shuran shocks you with his lightning powers, Hakkaku and Ginta tackle you with their natural strength, stamina, and speed or Shunran entrances you in a nearly eternal coma, they are all never to be underestimated. Personally, I would never get on their bad sides. Should that occur, just expect a huge barrage of mighty punches courtesy of Sesshoumaru, Inuyasha, and Ayame, a huge shock from Shuran, kicks, choke-holds, and bear-hugs from Hakkaku and Ginta, and Shunran casting a dark spell to scare the pants off of you. You have a choice of intensity. Either get beaten up by them and end in the hospital complete with a lot of therapy to recover from the physical and psychological trauma you endured, thus making this nice and relatively painless, or receive the most aggressive beating ever and end up with a tombstone. Either way, I would never recommend messing with them, even if it was just for fun.

I hope you all enjoyed this, and I will see you in the next Inuvember submission. Take care, stay safe, and never get on Sesshoumaru’s, Inuyasha’s, Ayame’s, Shuran’s, Hakkaku’s, Ginta’s, and Shunran’s bad sides, everybody, or else it’s the hospital or the grave for you. 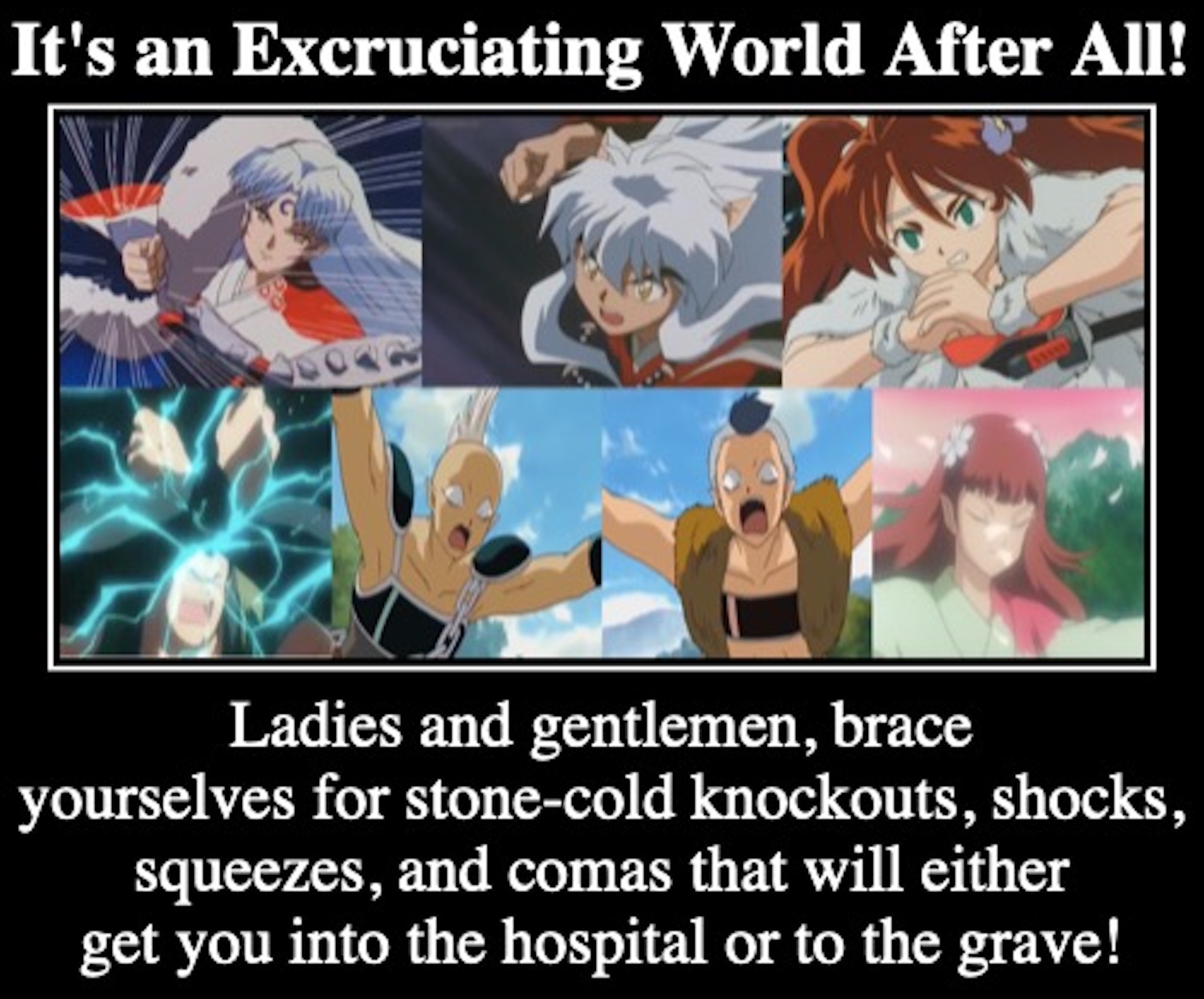 2 thoughts on “An Excruciating World of Painful Collateral Damage”