A rather interesting trend lately is to take classic characters that we often think of as being family-friendly and placing them in horror settings.  One of the most notable examples of this is of course Archie Horror. And if you have read any of my past Halloween reviews,  you know that I am a fan of those books and they are what led me to become a fan of Archie Comics in the first place.  (I’ll most likely review another Archie Horror title next year) .   Now, another classic franchise that has often been cited as introducing people to horror is Scooby-Doo!  One of the most notable examples is of course Scooby-Doo on Zombie Island. Now,  while that movie certainly does have quite a few horrific moments, there is still a balance between horror and classic Scooby-Doo.  That is where the comic that I am looking at comes in as this comic while using the classic Scooby-Doo characters leans a whole lot more into the horror angle.  It is even seen in the title. Scooby Apocalypse is a title that leans heavily into the horror angle and it works for the most part.

It is admittedly a bit of a slow build-up and because of that, I won’t be doing my usual plot breakdown as the plot just boils down to trying to survive.  As you can assume from the title,  this book is set in a post-apocalyptic world but it isn’t zombies that our beloved characters are dealing with but rather monsters.  Such as an example here. Yes,  that is a monster attacking Velma and it is important to bring her up here as so much of what happened lies with her and her family. In this world, she worked on a project that would help to better humanity but her older brothers collectively known as The Four reworked it and when it was released, it causes humans to be turned into these monsters.  There is a debate amongst our main characters whether or not killing these monsters is ethical as they used to be human.  That is interesting and does feel like something you’d see in a story like this as it is a question that you might see in stories where humans are no longer humans like with zombie stories.   Take, for example,  Afterlife with Archie.  Archie at one point in that book had to kill his father but Betty told him that thing was no longer his father.

No—No Archie, that thing wasn’t your father…that was something else

This hits upon something else that I know happens later in the series but that character that is killed is not someone that the readers have any attachment to, we are just told that they were someone that Shaggy knew.  Perhaps a panel showing Shaggy and this person interacting before he was turned into a monster would’ve been nice.  This is also where I gotta say this book can get little a graphic as there are multiple times where we see Scooby attacking these monsters and tearing them limb from limb. Yeah, that’s one thing but still, nothing compared to seeing these classic cartoon characters using guns.  It fits with the setting but is still rather odd.   Now,  the setup for the relationships is interesting as Mystery Inc is not established as Daphne and Freddy had known each other, and Shaggy and Scooby knew each other Shaggy worked for Velma.  They meet because Velma wants to expose her brothers and that is when the world goes to shit.  And our characters are forced to work together.   Now, there are some neat callbacks to other parts of the franchise such as Freddy being Daph’s cameraman for a tv show.  Oh, and as for Scooby, he was part of a program called Smartdog where dogs were being experimented on as a way to seemingly weaponize them and well, Scooby was a failure.  The most interesting relationship is honestly that of Daphne and Velma.  Daphne hates Velma for the situation that they are in and blames her for creating the monsters.  Every time, it seems as though Daph is willing to give Velma a chance, she pulls back. It’s a different take but I like it as it does provide some other tension besides surviving against the monsters.   I would say the character that feels closest to his classic counterpart is probably Freddy and that almost gets him killed by a little girl monster here. And oh Daph is in action mode for most of the comic as she has been lately.   Also, there is a subplot with Scrappy wanting revenge on Scooby-Doo because of his failures,  Scrappy and the other dogs were experimented on but it’s not that important to this volume.  Honestly,  this is an alright book, if you want what you’re getting.

While I did enjoy this book and thought it was an interesting take on what to do with Scooby-Doo in a horror setting, I feel like Archie Horror did this idea of using classic characters in horror stories better.  There were was genuine scariness in those books and you felt for the characters as they died or what they went through.  Here, it’s like it’s almost there but it is just missing something. Parts of it feel as though, it is just edgy for the sake of edginess. Perhaps the story gets better as it goes on but I think things could have been better.  As I said one of the biggest issues I have is that the deaths didn’t seem to hold much weight and I get that may not be an issue for everyone but  I feel it’s important for people that when they’re invested in a horror story to know the relationships of the characters and those that are being killed off.   Ah well! 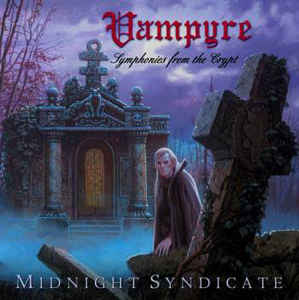