A Look at Disney Gets Tangled For Halloween: Be Very Afraid 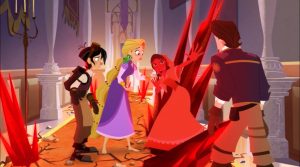 In the past few years, I’ve delved into episodes of Rapunzel’s Tangled Adventure that are seemingly perfect for this type of year. Whether it is ghosts haunting the Snugly Duckling,  Mirror Monsters trying to replace the characters, or learning an established character is a werewolf. 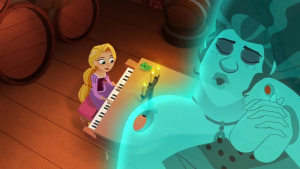 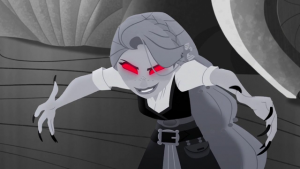 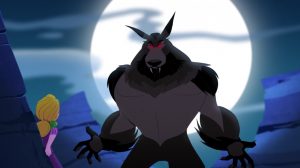 We’ve now reached the final Tangled for Halloween entry as we look at another episode from the show’s final season that is also rather apt for this time of year.  Instead of dealing with ghosts or werewolves or other monsters that we associate with the Halloween season,  it deals with an all too common emotion that people experience. That being fear. 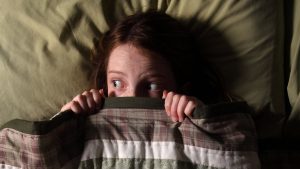 So many people do enjoy being scared yes but this episode isn’t about that type of fear but rather the fear that freezes us in our tracks and how we overcome it.

I described the plot up top but it starts with the character of Varian having fears of his father becoming trapped in Amber like what set him down on his path toward villainy and that is how he sees.  This comes from these red rocks freezing people in place.  We also see that these rocks can bring a connection between Cassandra (who stupidly became a villain)  and Rapunzel when they touch them.  It’s also interesting how these rocks show different types of fears such as with Lance seeing a clown spider. 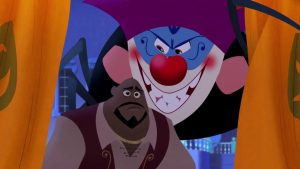 And now this is where our plots take their separate paths as Rapunzels assigns Lance and Eugene to keep the citizens of Corona distracted and that is why they decided to put on a talent show.  It doesn’t work at first that is until Lance swallows his fear and helps the rest.  What Lance does reminds me of a line from Newsies.

Courage is not when we erase our fear, courage is when we face our fear

This is quite the case here and this also takes us to Rapunzel and Varian going underneath Corona to a chamber where the rocks are growing but the thing that Varian has brewed up doesn’t work and Varian fears that he’ll mess up and doesn’t understand how Rapunzel can’t be afraid. She says at first that it’s because she has Pascal by her side but she reveals that she is afraid of seeing Corona destroyed.  It’s actually similar to what Tony sees of The Avengers.

Rapunzel reveals that her greatest fear is losing Cassandra as a friend though.  And that totally tracks with who Rapunzel is.   Taking this further and looking at how these red rocks cause people to freeze is a metaphor for the fight or flight instinct that we all have. In other words, are you going to fight through fear, or are you going to let it get the best of you?  That’s very much where Varian was until Rapunzel helped put him at ease as he thought through his fears to help save Corona. 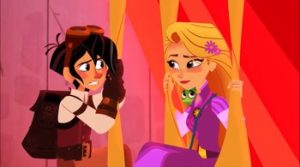 These two work really well together in seeing them help one another.  Honestly,  Rapunzel’s best role in this series seems to be when she isn’t the main character but rather someone that can be a shoulder for a friend to rely on.  And that is why she is for Varian.  It works great in seeing that she is afraid and it’s okay but you can’t let fear stop you from doing what needs to be done. 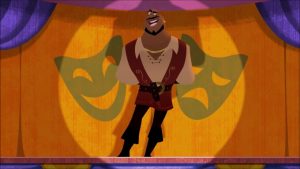 Lance was also great in this episode in seeing him overcome his fears on his own in realizing that he needed to do this if he wanted to help the people of Corona, he couldn’t let his fear freeze him in his tracks.

This song is great and a lot of fun with just a lot of fun visuals showing the citizens of Corona fighting their fears and shrinking them down to size.  Having Lance sing this song is great because James Monore Iglehart is awesome and seeing him lead the others is just so much fun. It’s a great reminder of what this episode is all about in how you shouldn’t let your fears get the best of you.

This is such a fun episode with a good message that it’s okay to be afraid, being afraid is human.  It’s all about what you do with that fear.  Are you going to let it get the best of you or are you going to show it that it will not stop you?  The choice is all up to you in how you handle your fear.