Holidays at The Loud House: Last Loud on Earth 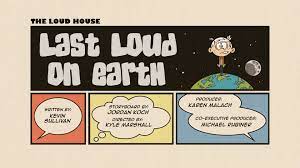 Last Year for Halloween,  I started a new segment where I decided to review The Loud House holiday specials and yes, that will include the upcoming live-action Christmas movie. 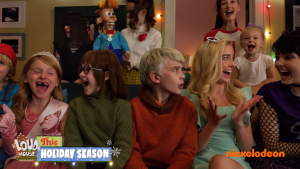 Now, there haven’t been any other specials set at Halloween but there have a couple of episodes that could fit the holiday season perfectly.  One such episode is from season 4.  Specifically from episode 10, the back half.  I give you Last Loud on Earth.  Now,  this is going to be a rather quick review as the plot is rather simple and there isn’t a whole lot to break down.

The episode starts with Lincoln and Clyde watching a zombie movie marathon and that is where the episode kicks off. 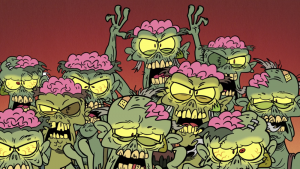 Gotta admit those are some fun zombie designs and I wouldn’t mind seeing them being used again.  We had an episode dealing with entering Lily’s nightmares, maybe we could see the zombies in something like that but no, they’re just part of a movie that the boys are watching and this speaks to something that so many people don’t seem to understand or forget, media influences how our brains function and that is quite the case here as Lincoln and Clyde were influenced by the zombie movies that they were watching as they snuck out of the Loud House (heh) to head to Lisa’s bunker to go watch the rest of the zombie movie marathon but when they leave to go back to the house, Royal Woods is deserted and everything is gray and dreary. 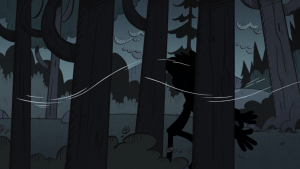 This is great and adds to the unsettling nature that can come with zombie stories.  Now, the one thing and I get why that this episode can’t touch upon being a kid-friendly show that is a bit lighthearted is the idea of hopelessness that can come with zombie stories.  The closest I’ve seen to kids show express hopelessness and fear in a zombie situation would be seeing the fear that Rainbow Dash felt in 28 Pranks Later when she believed her friends had zombified. 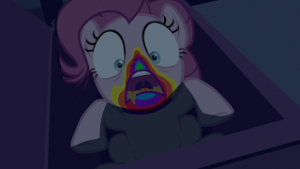 Although, Lincoln and Clyde unlike Dashie fight back against their supposed zombies and that does lead to a lot of fun sight gags.  I don’t want to spoil too much because that’s part of the fun of this episode in my opinion.  As it is one giant chase as the boys are trying to get to the mall. Huh, malls and zombie stories go hand-in-hand quite a bit. 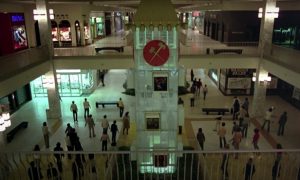 So, that’s a fun and cute touch to include that especially as you watch the boys plow through the zombies. Who turn out to be their dads. 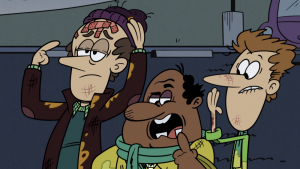 Ooh, awkward.  But this also ties back into how kids’ imagination can let their imagination run wild and get the best of them as that is what happened here. 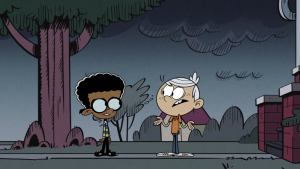 As I’ve said throughout,  part of the fun of this episode is just in how these two let their imagination get the best of them.  Which is something that can happen a lot this time of year.  Also, they have quite a few great moments of showing the tactics that they learned from watching zombie movies in how to take down a zombie.

his episode is just a lot of fun and that’s all it needed to be. It’s an enjoyable episode that isn’t aiming to be anything more than that and it works in that regard.   Also nice to have a zombie-type story where the zombies are never seen because well, they aren’t real but still, this design is cool.

Like I’ve said, I’d love to see these get used again.  Just having them pop up once briefly in an episode would feel like a waste of these great designs.  Ah well, still quite a good episode.