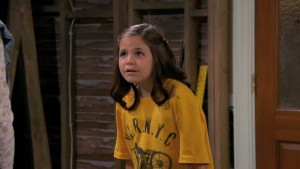 I could have included this as part of my LGBTQ Character retrospective but as I explained in the last entry, this is more of a spin-off entry as I wanted to look at this through the lens of gender identity.  Genderswapping is such a common trope in media and especially in children’s media.   The first examples that come to mind for me are Timantha Turner from The Fairly Odd Parents and Linka Loud from The Loud House. 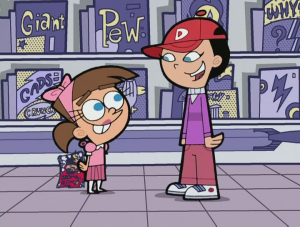 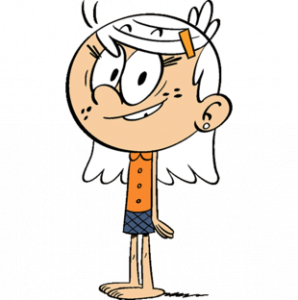 You’ll notice that both of these are from animated shows, which in many ways is more common than seeing genderswap in live-action shows.  Well, that is the case here with Wizards of Waverly Place as this was a live-action for Disney Channel sitcom and the Maxine Russo arc lasted for seven episodes of the show’s fourth season.

This arc is something I had gone back and forth looking at since starting the LGBTQ retrospective.  Honestly, I am perhaps not the best person, but I have heard some trans people say they relate to genderswap stories, and keep in mind that this was one of the closest things we’ve had to rep in children’s media until recently. Now, if you wish to see a children’s show tackle actual trans issues, I suggest Mary-Anne Saves The Day from Netflix’s The Baby-Sitters Club as that features the titular Mary-Anne having to take a young trans girl to the hospital because of high fever and she corrects two doctors that misgender her young charge. (FYI, the show actually hired a trans actress for this role) 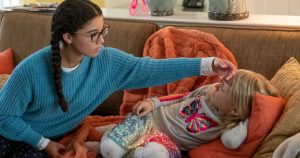 Now, it is fair to point out that some people have pointed out there are issues with genderswap stories.  As pointed out here:

Genderswap critics take issue with the fact that, in many fics, the acquisition of the opposite biological sex induces an eager desire for characters to start experimenting with their new body parts (both alone and with partners).

This calls to mind the scene from the horrid live-action Scooby-Doo showing Fred in Daphne’s body playing with Daph’s boobs.

Yeah, just chalk that up to one of many things that didn’t age well. Now, you may have noticed that these genderswapped characters have names that are just feminine versions of their male names.  If one is to look at this through that trans lens,  I don’t think they would pick a name that is so closely associated with their deadname.

Deadnaming is the process in which trans people are referred to the name that was part of their past and as Healthline states that can be harmful.

When you refer to a person who is transgender by their non-affirmed name, it can feel invalidating. It can cause them to feel like you don’t respect their identity, you don’t support their transition, or that you don’t wish to put forth the effort to make this necessary change.

Now yes in the story for most of these,  we can chalk it up to these characters just being genderswapped versions of existing characters, and giving them feminine versions of their male names does make sense but I do not believe that how it’d work in the real world.

Now, the first episode that Maxine appears in isn’t all that important but the cold open of the second episode she’s in is kind of a yikes.  Let’s start with the first appearance of Maxine is Mrs. Russo in a dress that used to belong to Alex, the elder sister and Maxine is clearly and visibly unhappy.  This is bad enough as while yes, Max was turned to Maxine against their will, it’s uncomfortable to see a child treated and dressed like a doll.  This is similar to something that we’ve discussed regarding gender and how society expects people to fit into society’s boxes. 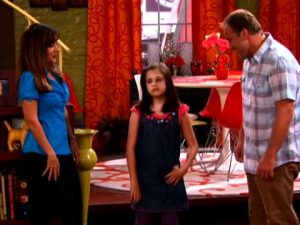 While that is indeed bad, there is a line in this cold open that is quite worse.

As we’ve established,  Maxine is just a genderswapped character but that does sound like something people who are jealous of trans siblings might say without realizing the harm that it could.  Which yes, that is what the second episode with Maxine is all about as it deals with Alex being jealous of her getting all the attention.

This in many ways calls to mind what is known as gender dysphoria, which is something trans people struggle with.

distress that results from an incongruence between one’s sex assigned at birth and one’s gender identity. Though gender dysphoria often begins in childhood, some people may not experience it until after puberty or much later.

I will be honest and say that Maxine as a character really takes a backseat to all the action after she is introduced into the show.  Halfway through the Maxine arc,  the show starts another arc titled Wizards Vs. Angels where eldest Russo sibling, Justin starts dating an angel and this is actually set up in the episode, Everything’s Rose for Justin.  Yet the next episode in this arc, Dancing with Angels.  You see Justin, his angel gf Rosie and our main character Alex and her bf, Harper go to an Angel Club in LA.  Maxine promises to not tell their parents and this is where another issue I’ve already discussed comes up.  If you’ll recall how I mentioned when Maxine was first introduced, she was treated like a doll to be dressed up,  that is taken a step further when she is entered in a beauty pageant by her parents as a way of breaking her down to find out where Alex and Justin went. 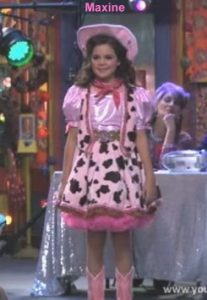 Now yes, Maxine does give in and enjoy the pageant after the fact and I get that this was played for laughs, unlike a more infamous horror movie.   But the idea that a beauty pageant was dangled as a punishment meant to embarrass Maxine is something that doesn’t sit right with me.  One of the biggest things that we see throughout this whole arc is how much she hates being a little girl and just wants to be a boy again and entering her in a pageant doubles down on the embarrassment of her being a girl.

The idea of Maxine hating being a girl is taken even further in a subplot during the Wizards Vs. Angels arc where an all-girls sleep-over is held at the Russo household and Maxine uses a spell to turn the girls into guys but she messes up the spell and turns them into elderly men.  The fact that Maxine went this far is yet another indicator of how trapped they are feeling.  Yes,  there are moments when Maxine takes advantage of her status of being a little girl but all in all, they hate being a girl.

This brings us to the question does she ever have any moments of enjoying being a girl?  Briefly in the last episode before she is turned back into Max,  we see her singing in a school production and while onstage, she seems geniunely happy.

That one small moment is the closest the show ever gets to showing Maxine as being happy.  This arc is frustrating in a bit because of how long it lasts and the more one thinks about it, the more you realize how poorly the character of Maxine was treated.  I get the idea was that they needed to write Max’s actor, Jake T. Austin out of the show while he was off filming a movie but this was such an odd way to go about doing it.

4 thoughts on “A Look at Disney: Maxine Russo and Gender Swap (Wizards of Waverly Place)” 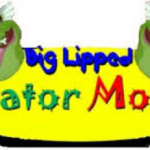