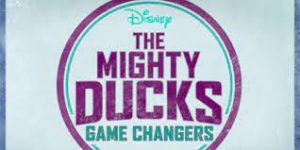 What comes to mind when you think of Disney sports movies?  For many, it is probably The Mighty Ducks and its two sequels.   Now,  this past March a brand new show set in the world of Ducks debuted and at best, this show is an answer to Cobra Kai.  It’s cute and fun, however, we aren’t here to discuss the new team but rather two of the moms of one of the new players.

Yeah, I gotta be honest and say that these characters get nothing to do.  I give you Sherri and Paula, they are in so little of the show that I couldn’t even find a picture of them together online. 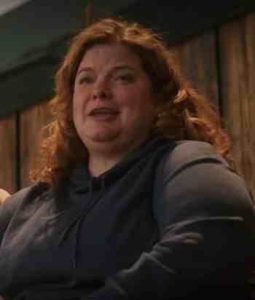 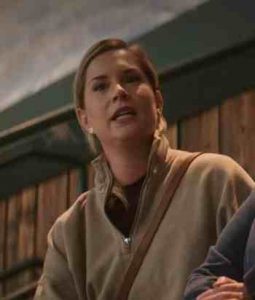 They seem nice but we really don’t get to know them,  I mean their blurbs on LezWatch are more about their son than them.  It’s frustrating.  I mean I get that parents want to be proud of their kid(s) but there should be more to them than that.  When the show first started, I was happy with the inclusion as it reflected the modern day but the problem there is that there are other Disney+ shows such as High School Musical: The Musical: The Series, Big Shot, and Diary of a Future President doing this better.  And you know why those characters are allowed to be their own characters and are able to explore who they are. Granted, all of those characters are teens whereas these two are already married but I still think something more could have been done with them.

So, what do we learn about them? They love Broadway showtunes and this is found out when Goob,  one of their son’s friends has a phone withdrawal while at a sleepover and he sings showtunes to distract the moms as a way to get his phone back.  Other than that, we don’t know anything about these two.  Sure, this is only the first season but seriously I think more could’ve been done.

Now, something that TV Tropes mention and something that I noticed is that their son could be bisexual because he does get a girlfriend in the end but also the way that he talks of his best friend, Evan comes off like a crush.  Doing a quick Google search brought me to this NBC News piece that does tackle this.

As many as 6 million children and adults in the U.S. have lesbian, gay, bisexual or transgender parents, according to the institute, and its study found that “the female and male offspring of lesbian parents were significantly more likely to report same-sex attraction, sexual minority identity, and same-sex experience.”

This is fine and a little interesting but once again, this is more about their son than them.  I do like this show and I get that these two are recurring characters but I do believe that more could have been done to establish who they are and what they want in life.  This is perhaps the one disappointing aspect of this otherwise decent show.