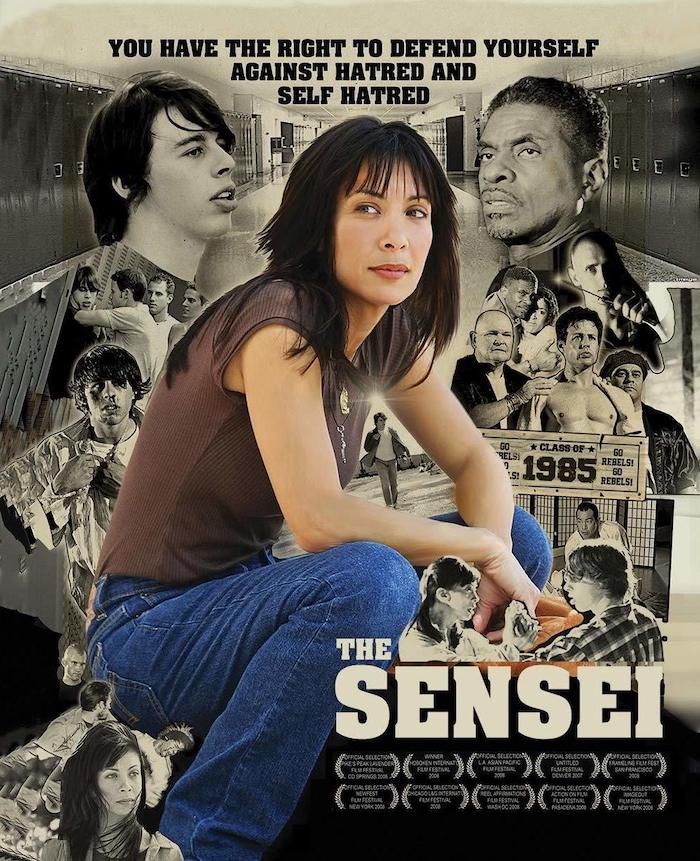 For Women’s History Month, I’ve decided to take a deeper look at part-Filipina-American martial artist Diana Lee Inosanto.  Her pedigree includes some legends, including her father, Dan Inosanto, and her godfather, Bruce Lee.  While writing my review for her performance in The Mandalorian Chapter 13, I decided to eventually share some more reasons to admire her in her own right.

Some of the most intriguing tidbits I’ve learned about Inosanto involve her efforts to demonstrate talents beyond martial arts.  In 2007, she wrote, directed, helped produce, and co-starred in her own movie: The Sensei.  It seems pretty obscure nowadays; I couldn’t find it on iTunes or Netflix.  Despite this, a Hapa Mag article about Inosanto credits the trailer for convincing Jon Favreau and Dave Filoni to cast her as the magistrate Morgan Elsbeth.  Fortunately for me, one of my local public libraries put the movie up through their hoopla streaming app.  YouTube and Amazon Prime also have it for free, though the former’s official upload – which I’ve embedded at the bottom of this page – lacks proper captions.  Inosanto’s pedigree and hoopla’s plot description both made it sound deserving of a watch.

“After punks at school hand him multiple savage beatings, gay teen McClain Evans (Michael O’Laskey, Inosanto’s adopted son), discreetly begins martial arts training with Karen O’Neil (D. Lee Inosanto), a mysterious woman who had her own cross to bear with the prejudiced and bigoted small town community. As McClain learns to defend himself from hatred and bigotry, the student and his teacher expose several raw nerves in their rural Colorado community.” (hoopla’s and Amazon Prime’s synopsis)

Inosanto, and the rest of the skilled cast, deliver her anti-homophobia and anti-sexism lessons in a rather overt manner.  Since these feel like very important lessons, I don’t fault her for ensuring that they clearly come across.  The framing device of an older, tougher McClain sharing Karen’s lessons with Pastor James (Keith David) helps justify the distinct lines between good and evil, by reminding the viewer – at least one who doesn’t waste time wondering how McClain can tell Pastor James about events he wasn’t around for – to view this story from the oppressed’s intimidated perspective. (Additionally, the older I’ve gotten, the more naive I find it to apply the belief “No one is purely evil” to bigots.) Conservatives of 2000s Colorado wouldn’t always cooperate with Inosanto and her film crew, but her insistence to continue filming her movie there, rather than attempt to pose a more socially-tolerant location as Colorado, went a long way towards ensuring the low-budget production’s authentic tone.  The set pieces boast a raw and suspenseful energy, with cuts that usually last long enough for the viewer to appreciate the action and emotion.

While Inosanto doesn’t fall on the LGBT+ spectrum, being a mixed-race teenager in the 1980s still subjected her to the tragedy of losing someone close to AIDS, while her parents endured conservatives condemning their love.  Her approach to writing and directing a gay main character emphasizes his status as an underdog, to make his struggles relatable to multiple demographics.  While McClain lacks the qualities of a degrading gay stereotype, the movie’s explorations of the AIDS epidemic – and the rise in homophobia it sparked – personally affecting him and Karen ensure that his sexuality doesn’t feel incidental at all.  As a character, McClain holds the viewer’s interest through his resistance to conformity, standing up for his behavioral differences rather than reversing them.  He also earns the audience’s admiration by befriending victims of other unfair forms of discrimination.

With Inosanto credited as the writer and director as well as a co-star, some viewers might wonder if she portrays Karen as a perfect mentor.  Expectedly, she proves kind and brave by taking on McClain as a student, even while the other karate instructors in her family fear having a gay student would ruin their school’s business.  However, when McClain’s mother (Gina Scalzi) first asks Karen to teach her son self-defense, Karen demonstrates some humanity by taking a while to agree.  When Karen and a trained McClain take on a lynch mob about halfway through the movie, the two end up having to defend each other as well as themselves, rather than one lasting the fight without a scratch.  Additionally, her subplots about opposing sexism and racism, and coming to terms with her own mortality, indicate that her life doesn’t revolve entirely around solving a male white teen’s problems.

I hope viewers can stand the cheese behind some of the dialogue, such as Karen’s brother Peter (Bryan Frank) referring to her as the Good Samaritan.  I’d call such monologues hokey – even for 2008 – but their lessons of social tolerance feel too necessary to groan at.  Despite its flaws, Diana Lee Inosanto’s The Sensei proves a compelling, thrilling, and morally-sound watch.

Violence towards Asian-American women reached alarming levels by the time I finished writing this review.  I’ve started donating to charities dedicated to eliminating hate crimes towards AAPI people, and would like my readers to do the same, even if I personally take no share of the funds:

One thought on “D. Lee Inosanto’s The Sensei Review”