We’ve got another foreign oddity out of Netflix, everyone! This time, it’s Korea’s debut effort at a blockbuster film to break into western markets. Let’s see what we’ve got, shall we?

Space Sweepers sets its stage in 2092, after decades of environmental chain reactions have rendered Earth uninhabitable. In response, the monolithic UTS Corporation (led by CEO James Sullivan, the charismatic mad scientist played by Richard Armitage) built a vast network of satellites orbiting the Earth. And this is only a stopgap measure, as UTS is currently in the process of terraforming Mars into pristine wilderness fit for human colonization.

So if UTS can make freaking Mars inhabitable, why can’t they do the same for the ruined Earth? Excellent question.

Anyway, only a select handful of UTS “citizens” can enjoy clean air and green vegetation on the fields of Mars and some of the fancier satellites. All the other billions of humans are still technically residents of the uninhabitable planet Earth. Though the “luckier” ones can go up to space on work visas, staying in cramped and yellowing “non-citizen” satellites for the duration.

Problem: More humans living in satellites means a lot more space junk, and many more vulnerable structures that could be damaged by orbital debris. Thus we have the space sweepers, an industry of blue-collar privateers with the surprisingly dangerous task of chasing down space junk and selling it for scrap. Seriously, all that dead weight can move mighty quick through the vacuum of space.

Among the space sweepers competing for scrap and hard-earned dollars, the clear champions are the Korean ship Victory and her crew of four. Captain Jang (Kim Tae-ri) is a drunken hotshot gunner, formerly a soldier who turned pirate. The engineer is “Tiger” Park (Jin Seon-kyu), formerly a drug kingpin. We’ve also got “Bubs” (Yoo Hae-jin) a repurposed military droid, now serving as a snarky deckhand.

Then we have our protagonist — Tae-ho, played by Song Joong-ki — the ship’s pilot. I don’t have the time or energy to go into the spoilery details of his massive backstory here. Suffice to say that he’s a disgraced former cop desperate for the cash he needs to find his missing foster daughter.

The plot kicks off when the Victory crew discovers a strange young girl code-named “Dorothy” (played by Park Ye-rin). The public has been informed that Dorothy is a highly advanced android and a potentially explosive danger to everyone around her. In truth, she’s the MacGuffin that might potentially save humanity. Thus the Victory is caught directly in between the UTS goons and the mysterious Black Fox terrorist organization.

(Side note: I want it on the record that I make no apologies about that link.)

Did I miss anything? Oh, right, the translators. Because so much of humanity has been shoved together into the gutters, translator technology has become so prolific that everyone wears earpieces that translate the various languages spoken. It makes for a massively varied world in a truly international production. Neat touch.

In summary, what we’ve got here is an international cast and crew — most of whom only demonstrate a secondhand knowledge of western cinema — who shot for “Star Wars” and wound up closer to “Firefly.” There are certainly worse things.

Right off the top, orbital space debris is getting to be a hugely dangerous issue that doesn’t get much attention in mainstream news or entertainment. Using it as the foundation for a new sci-fi IP was kinda brilliant, and spinning that into a new angle on an environmental theme was a canny choice. And of course it certainly helps that the massively multicultural setting and cast go a long way toward selling the global scale and stakes of the plot.

The main characters are endearing, with a great deal of personality. The action scenes are suitably entertaining, with some clever twists and judicious slo-mo flourishes. The CGI is pretty solid throughout, and of course I appreciate all the details tucked into every corner. The budget for this film was reportedly the equivalent of roughly $21 million, and hell if I know how that’s even possible. Hands down, in terms of production value per dollar, this is easily the greatest film I’ve seen since Mirrormask. Or possibly Ink.

It’s a good thing the film works so well as a popcorn thrill ride, because it had the potential to be so much smarter.

Probably the film’s biggest transgressions involve nanobots, which are here used as an all-purpose plot spackle. Yes, I know it’s nothing new for sci-fi properties to use “nanomachines” as a stand-in for “magic”, but use of that technique here is outright egregious. Even within the story’s own internal logic, there’s absolutely no reason why nanobots should be able to accomplish half of what the filmmakers task them with here.

There’s also the matter of our main villain. Dr. Sullivan is the oldest and wealthiest man alive (probably the wealthiest in history, come to think of it), who’s kept his eternal youth and health through unknown sinister means. He wants to destroy the world and pretty much all of humanity so its best and brightest (who are also the wealthiest, but of course that’s just a coincidence) can live in their own utopia. Earth and humanity aren’t worth saving, so burn it all down to build something better… you’ve heard all this before. It’s boilerplate supervillain claptrap. Really, the only reason it works so well is because Richard Armitage is putting so much effort into selling it.

On a similar note, the UTS Corporation as a whole seems to fall alarmingly quickly and easily after the climax. As a sci-fi allegory for modern evil all-consuming corporations, it doesn’t make any sense. As a clear unambiguous win for the good guys, it makes a lot of sense. Which brings me to the next point.

Pretty much every problem this movie has comes back to two basic problems. First, the filmmakers are trying to emulate western blockbuster cinema with only an imperfect knowledge of western culture and film theory. This is visible in some of the dialogue, but I’d say it’s most especially obvious in the uneven score.

But of course the second big problem is that the filmmakers are trying to cram SO… DAMNED… MUCH into this picture. This should be a quick and breezy 100-minute film — two hours, tops — but there’s so much exposition and world-building to cram in that the runtime swells into 130 minutes and it still feels unwieldy. All the backstory flashbacks and tangents only serve to weigh down the pacing while providing more information than was probably needed.

Space Sweepers doesn’t do much that’s exceptionally new, and the world-building is more ambitious than the film was equipped to handle in one entry. Even so, I have to applaud all the effort that went into setting up this new space opera IP. Seriously, a project outside Hollywood wringing this much production value and genuine fun out of so small a budget is damned impressive.

The best I can say for this one is that it’s so many threadbare and familiar parts put together in a new and intriguing package. And anyway, if this is the closest we’ll ever get to a cinematic continuation of “Firefly”, then I’ll damn well take it. 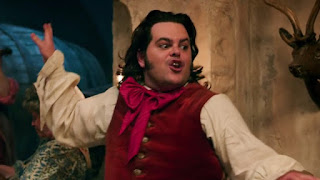