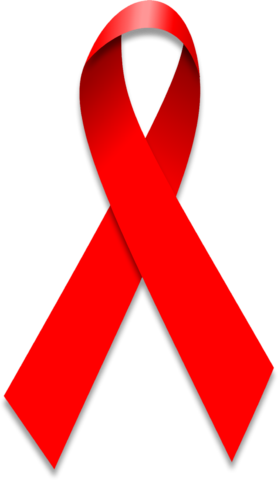 The following blog is written for Red Ribbon Reviews, an annual project dedicated to spreading AIDS and HIV awareness online. In an especially chaotic time such as this year, it is more important than ever to use what resources we have to help those in need such as those suffering from AIDS and HIV. Please consider donating to a charity that offers treatment to those afflicted and preventative measures, such as one of the organizations listed here: https://www.hiv.gov/federal-response/pepfar-global-aids/global-hiv-aids-organizations

It’s hard to believe how much of a cultural powerhouse RuPaul’s Drag Race has become. When it first began it was a niche reality show on Logol that didn’t leave much of an initial impact, but over the last decade it’s exploded in popularity to gain mass mainstream appeal. It’s inspired lines of merchandise, international spin-offs, and copycat shows. A number of the queens who have competed have even been propelled into superstardom. Many have even participated in several tours to visit cities around the country (and in some cases other countries) to perform for their adoring fans. One of these programs is the Drag Fans tour sponsored by Murray and Peter, which has been running since 2017. However, this was the first year that the tour did not take place due to COVID-19, but that didn’t mean the drag fanbase would be denied. The company put together an on-demand Christmas show that assembled several queens along with one drag king together on stage to entertain viewers while both audience and performers stayed safe and healthy. And I have to say, like so many entertainers who worked to adapt to the new reality of online, socially distant theater, they succeeded admirably.

Note: Throughout this review I will be referring to the performers using the pronouns specific to the gender of their personas, queens as feminine and kings as masculine, to avoid any confusion.

Trinity the Tuck and Nina West host the show, getting in the expected jokes about how the holidays are going to be very different in the time of a pandemic, leading to a rather predictable joke where the applause from the audience is revealed to be pre-recorded and the auditorium is completely empty with the exception of Lady Bunny. It’s not the strongest opening, but thankfully they do get some moments to shine in between acts, such as Trinity showing a clip from a past tour where she told off a humorless heckler, some banter with the backstage crew, as well as a few moments that come later in the show

Since this is an act-by-act format I’ll be offering a quick analysis of each performance and offering my thoughts. 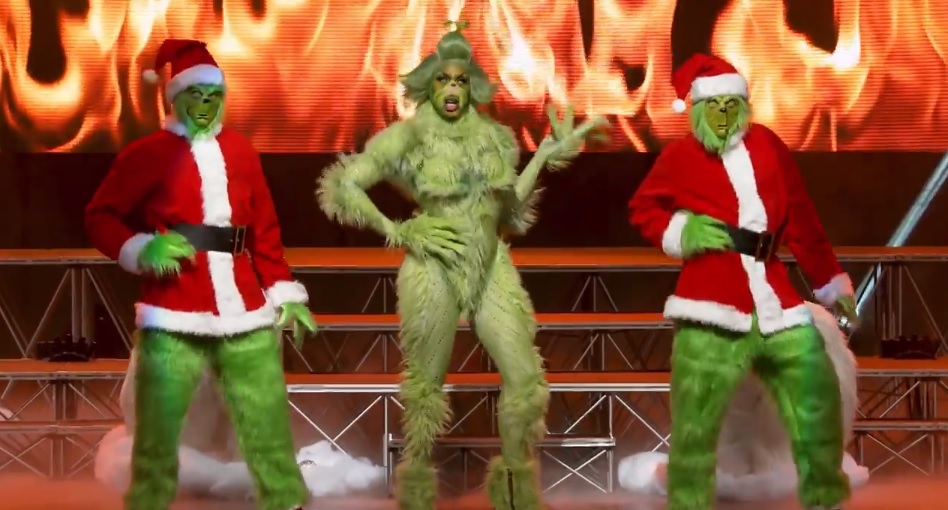 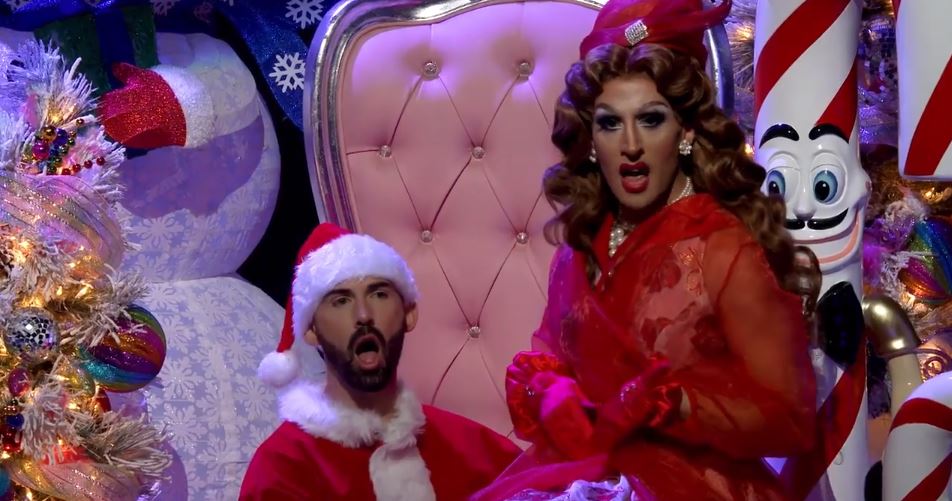 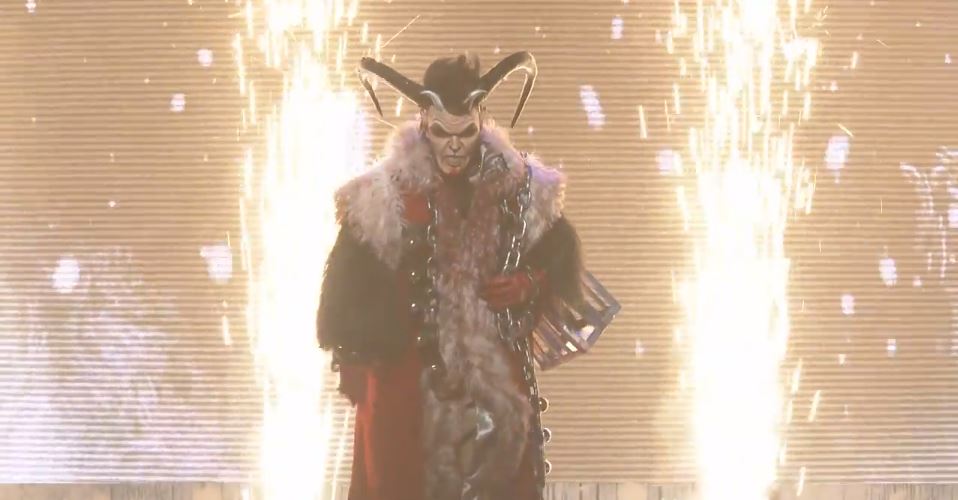 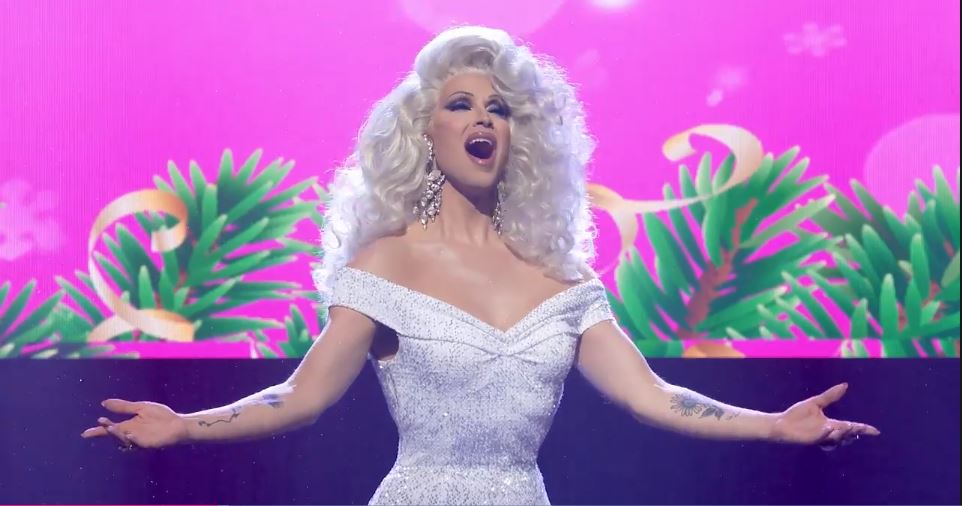 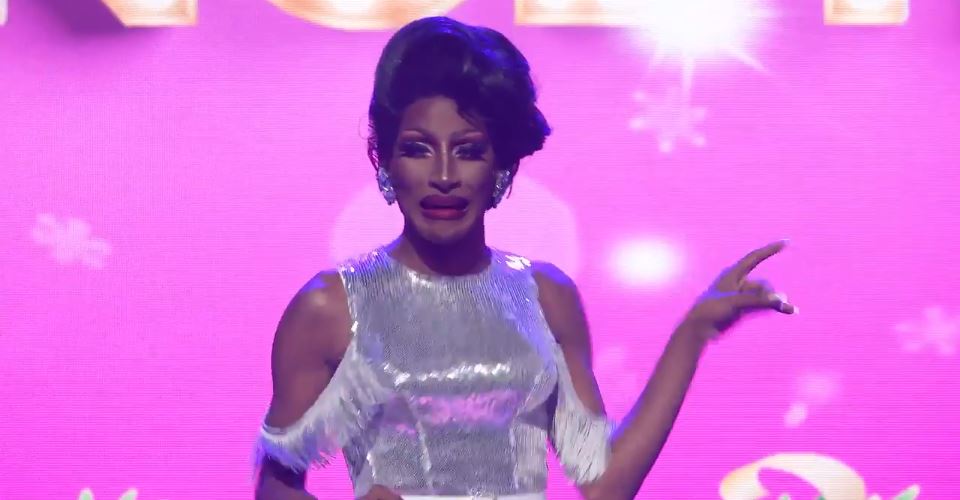 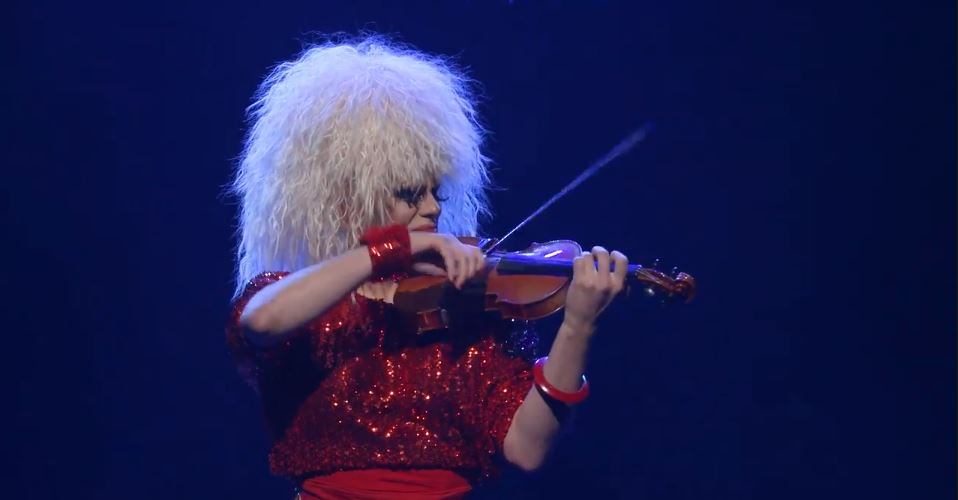 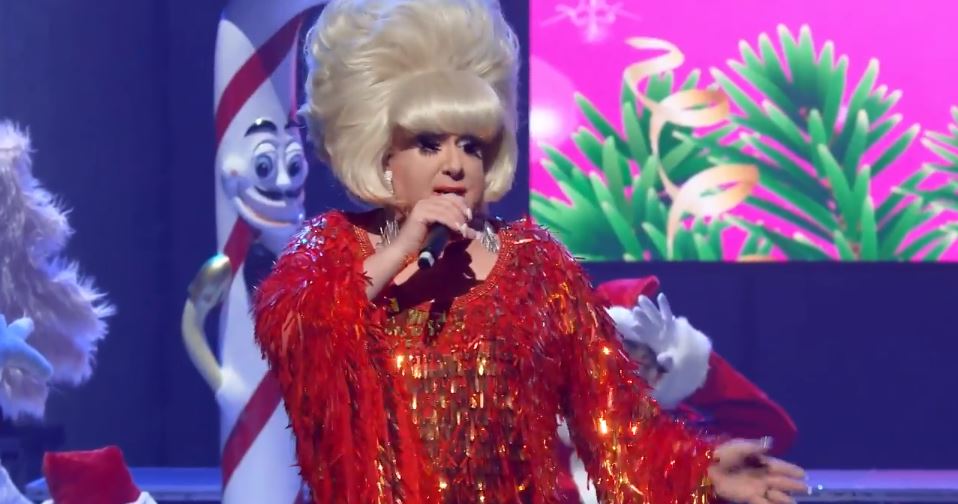 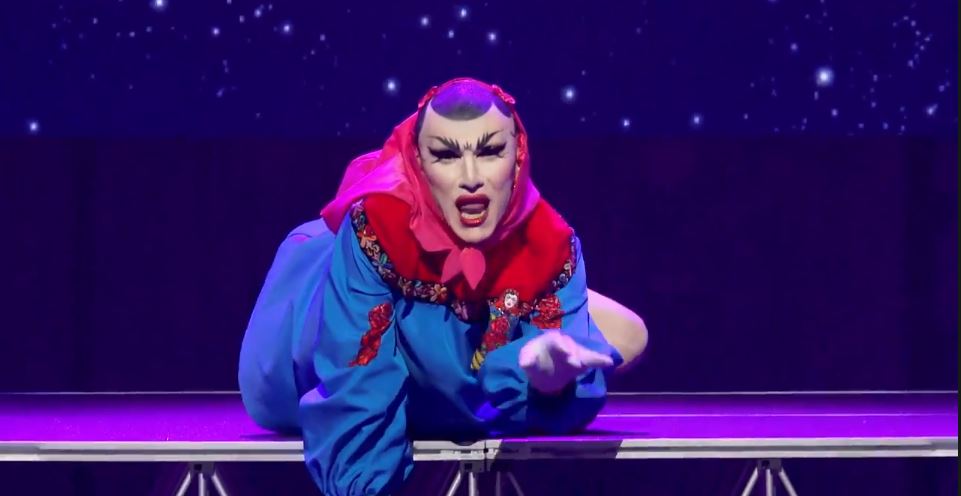 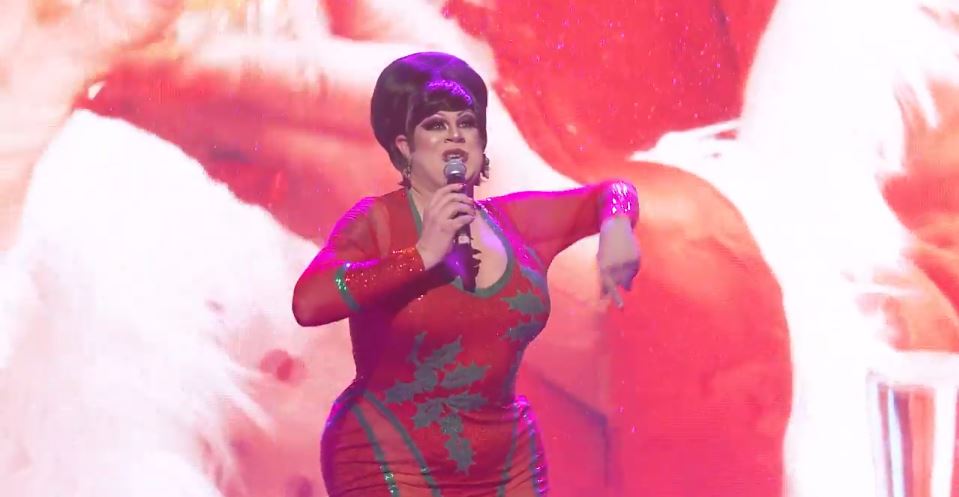 Oh, and all these performances… that’s just the first half. There are still several more acts along with some moments between the queens that are sure to bring even more laughs and cheers. But I don’t want to spoil any more. This really is a show that needs to be experienced.

So as you can guess from my recap, I highly recommend checking out this special, even if you’re only a casual Drag Race viewer. As I mentioned earlier, we all need a chance to smile given all the crap we had to endure this year. This special is stuffed with glam, camp, and wit, and is sure to put its viewers in a good mood. Enjoy, and let’s all work to make 2021 a much more fabulous year than this one was.

Drag Queen Christmas 2020 can be purchased for viewing at https://www.dragfans.com/

One thought on “Drag Queen Christmas 2020 (A Red Ribbon Review)”