The following blog is written for Red Ribbon Reviews, an annual project dedicated to spreading AIDS and HIV awareness online. In an especially chaotic time such as this year, it is more important than ever to use what resources we have to help those in need such as those suffering from AIDS and HIV. Please consider donating to a charity that offers treatment to those afflicted and preventative measures, such as one of the organizations listed here (https://www.hiv.gov/federal-response/pepfar-global-aids/global-hiv-aids-organizations)

If you had Comedy Central during the late 90s and early 2000s, you probably remember watching shows like Dr. Katz, Professional Therapist or Shorties Watchin’ Shorties. Both of these series, while different in format, revolved around the same premise of presenting animated segments depicting stand-up routines by different comedians who were prominent at the time. They were both very amusing, and in the case of the latter, very creative with their scenarios. This concept is nothing new, however. In 1970, Rankin/Bass productions aired The Mad, Mad, Mad Comedians, a half-hour special that set classic comedy routines from the great wits of the then-current time and the golden age to animated segments. It’s relatively unknown today, but as you’ll soon see, it’s a special well worth checking out, especially if you’re a fan of old-time humor. 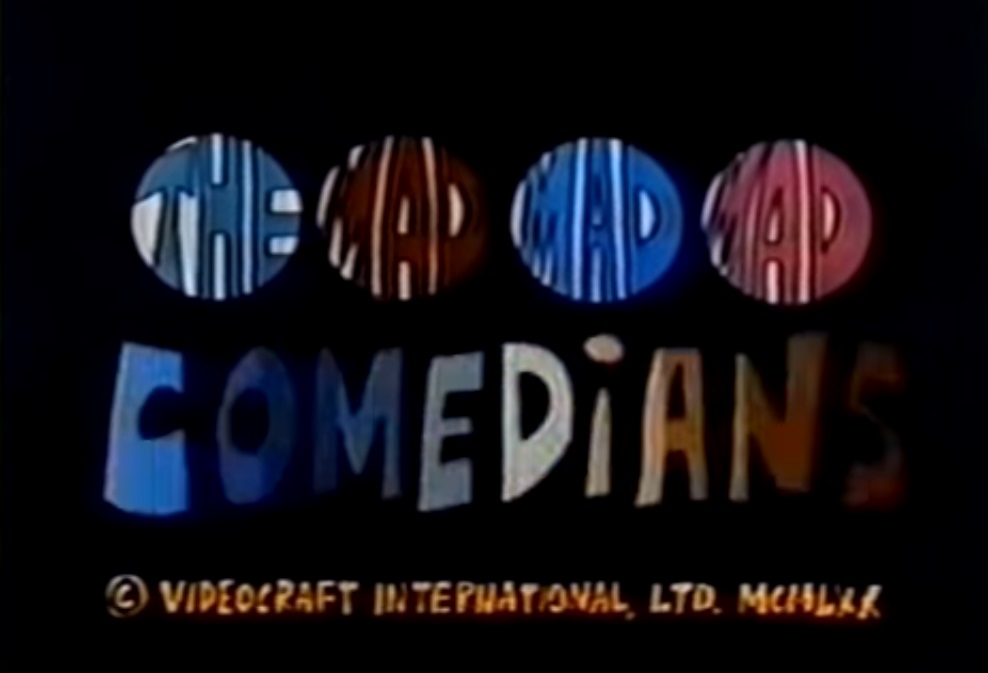 The special opens with Flip Wilson talking about how as a child he idolized Christopher Columbus. While this routine would not fly today due to the truth about Columbus’ heinous exploits and the various historical misconceptions, he packs in a lot of laughs with his reminiscing of how the explorer’s life went. For example, when Columbus tries to persuade Queen Isabella of Spain to finance his trip, he mentions that if he doesn’t discover America, there’ll be “no land of the free or home of the brave, and no Ray Charles,” which gets her to agree to help his expedition. Later, when one of his crewmen shouts “Land ho!”, Chris has to ask what it means. The bit is bolstered with some nice visual gags, such as how Columbus buys three used ships at a “sail sale” and a group of women chasing him as he boards the ship like he was a rock star. Unfortunately, there are some rather stereotypical depictions of indigenous peoples depicting them as savage, though thankfully they don’t for long. It’s a dated routine, but it’s a great showcase of Flip Wilson’s wit. He was a talent sadly taken before his time.

Jack Benny and George Burns show up next with the pair out for a ride in Jack’s infamous clunker of a Maxwell automobile. When they come to a bridge, Jack notices the toll has risen from a quarter to 50 cents. Rather than relying on his usual method of avoiding the toll (swimming across), he instead tries to haggle with the officer at the booth and asks George to back him up. George complies… by singing backup. While both men were known for having a dry style, the sketch highlights both of their unique trademarks well; Benny’s cheapness and Burns’ subtle sarcasm. What greatly bolsters this segment is the fact that Jack and George had been friends for decades, and there’s a warmth between the two men that makes their rapport believable as well as funny.

What follows is in my opinion the high point of the special – an abridged recreation of the Napoleon sketch from the Marx Brothers’ 1924 musical revue I’ll Say She Is, where the Emperor (Groucho) keeps checking in on his beloved Josephine and almost discovers the lustful designs his advisers Alphonse, Francois, and Gaston (Chico, Zeppo, and Harpo, respectively). It is a brilliantly absurd piece and I don’t want to spoil too much because it really must be seen to be fully enjoyed, though I will share two of my favorite jokes from the segment. When the advisors bypass Napoleon to get handsy with Josephine, Groucho quips “This devotion to me is touching… and it’s not touching me,” and when a flirtatious Alphonse says that he’ll marry Napoleon as well as Josephine (so he can get the emperor’s money), the empress responds “that’s bigamy!” to which he replies, “No, atsa big a’ me!” It’s an old joke, but it still works. Groucho was 80 years old when he lent his voice to this routine, but he still had the sharp wit that he carried throughout most of his life to make every line delivery land solid. Paul Frees fills in for both Zeppo and Chico, the former having been retired from show business and the latter deceased (no points for guessing why he didn’t voice Harpo), and he does an exceptional job replicating their voices and mannerisms, though he gets more time to shine as Chico. Watching this makes me wish I could travel back in time to the 20’s to see this sketch in its full glory, but as it stands, this is a satisfying depiction of a lost comedy gem. 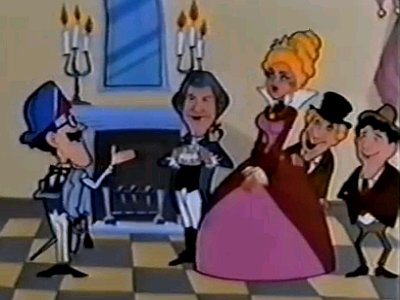 Paul Frees fills in again for another deceased comic when he steps into the shoes of W.C. Fields to recreate a scene from the great man’s palace run. Fields is trying to con a wealth woman who wants her daughter to marry a true outdoorsman by lying about being an expert skier, only to get himself in a mess of trouble on the slopes. Frees really does capture every mannerism of Fields down to a T, from his distinctive drawl to his conniving nature to his love of liquor. These all come into play in a hilarious segment when he tries to wrest a keg of warming brandy away from a stubborn Saint Bernard. As he so eloquently puts it, “Any man who can con a dog is a friend to all humanity.” Fields may not be as well known today outside of the occasional reference or impression, but this replication of his style serves as a reminder that his work is still worth checking out.

The sketches are broken up by short quips and one-liners from comedians Phyllis Diller, Henny Youngman, Jack Leonard, and George Jessel, which can be hit or miss. And while I’d like to say the special ends on a high note, it sadly falls a bit flat with a routine from the Smothers Brothers. Tom and Dick are traveling minstrels trying to woo a princess, only to run into their standard issues as Tommy takes his own liberties with the music. I was honestly never a big fan of the duo’s work; I don’t hate them, but their material is all rather standard and samey. They’ll sing a song only to go way off track and get into an argument. Bickering humor can work, such as with Jerry Stiller and Anne Meara, but I just can’t get the same impact from watching these two argue. Thankfully the segment is spiked with a few entertaining visuals, such as when one of the maidens drawn to their music turns out to be Phyllis Diller (playing on her jokes about her appearance), leading to a very worried reaction from the brothers.

Overall, with the exception of the final sketch, this is an exceptionally good special. Fans of classic comedies should definitely seek it out, and even if you aren’t that big on old humor, I would still recommend giving it a watch just for the experience. We live in a time when the legacy of the greats is dying out, when the names Groucho Marx, Jack Benny, George Burns, Flip Wilson, and W.C. Fields elicit reactions of confusion from some members of Gen Z who have never heard of them or their work before. There are teens and people in their 20s completely unfamiliar with Who’s on First; that’s just not right. For entertainment to thrive, we must remember the past and look at the impact previous works have had, so we can build on the foundation they laid to keep shaping future generations. And hopefully, for someone, this may be a gateway into a world of laughter and mirth-makers they were previously unfamiliar with.