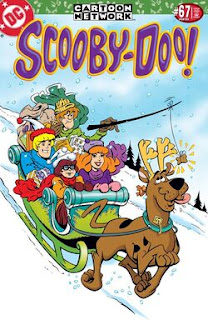 A Christmas Carol is my favorite Christmas story of all-time. Much like how Linkara has stated, the story works because is a story that can be used in any type of story and still spread the message of what the story should be about. Consider when Linkara said that, he was looking at a version of the story set amidst a zombie outbreak. 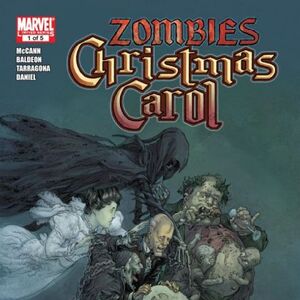 This comic however brought something else to mind.  The Real Ghostbusters during its run did a Christmas Carol episode titled Xmas Marks The Spot where the boys in beige trap the three spirits and causes everyone to hate Christmas. 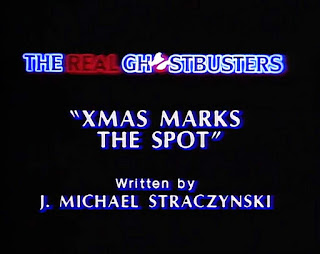 Now unlike that episode where the Ghostbusters somehow travel back in time, this is a modern retelling of A Christmas Carol. Modern retellings are again nothing new as this is a story that can be told in any time period. It’s a simple and truncated version of my favorite Christmas story but it works. One such example. 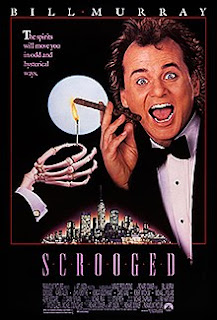 As I stated throughout, it is A Christmas Carol but after Scrooge is haunted by the first ghost, he calls upon Mystery Inc to investigate and find out who is haunting him. This is where the plan is set into motion as Freddy has Scooby and Shaggy pose as Scrooge as the ghosts show up. 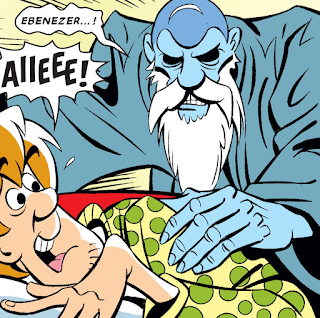 Scrooge’s apartment is above the cubicle of Crathcet, who Scrooge of course has forced to work late and the ghost costumes are found there. Which does make one think that it might be him but no, the doing the haunting is Tiny Tim. 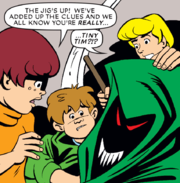 It’s a different take but I think it works as Tim explains.

That’s right. I wanted to teach the old goat a lesson! He treats good like my father like dirt! Even during Christmas!

That works. I do like the look of Scrooge in this story but I am miffed by his last line because it does seem like Scrooge. 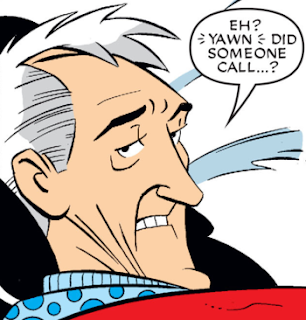 He’s got this snooty rich guy look that just works as a look for someone that needs to learn this type of lesson. However, he has a line towards the end that does rub me the wrong way.

….The best present is I’m not pressing charges

Yeah, I get that is meant to be played as a joke but it reads more like Scrooge didn’t learn his lesson even though he said he did a page earlier.  I dunno, I get where Scrooge is coming from as he’s well within his rights in saying that but it doesn’t sit right with me.

Other than that final line, I really enjoyed this comic as it was a great take on A Christmas Carol.  It kept things simple while having a neat twist with Tiny Tim. Join me next time as we conclude the Christmas Comics Caper with Harley Quinn joining in.

2 thoughts on “The Scooby-Doo Christmas Comics Caper: The Fright Before Christmas (Scooby-Doo # 67)”