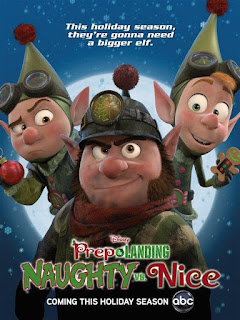 In 2016,  I did one of my favorite holiday events, the Santa Spectacle. Looking at Santa related material from Disney.  This year, I’ve decided to return to that event. However, this event will include reviews of stuff that is more Satan adjacent such as with this first review. In 2014, I looked at the holiday special Prep & Landing. To kick off this sequel event, I’ve decided to look at the sequel Naughty Vs. Nice.
The original Prep & Landing itself was a simple holiday special that dealt with realizing sometimes you don’t always get what you want and that might be for the better.  What is it’s a sequel about? Sibling relationships.  The special’s title might make you think that you are just being introduced to the elves that deal with the Naughty kids. And that is true as this special speaks to how younger siblings such as myself look up to our older siblings for guidance. They are the first heroes we have.  As I’ll discuss in the plot, sometimes us younger siblings are viewed as annoying and a burden to our sibling when we are firstborn. Anyways with that out the way let’s begin.
The Plot
The special opens with narration from Wayne, the main elf of the previous special telling the audience of the Coal Brigade who is sent out to deal with the naughty children.  Well, a naughty child had taken hold of important North Pole technology.  It’s now up to Wayne and his partner Lanny to save the day. They are set up with the foremost naughty child expert. And this is where things get interesting as it is Wayne’s younger brother, Noel.
This is interesting as they are two very different people. Wayne is serious and professional whereas Noel is loud and obnoxious.   And people seem to love the younger brother more.  I do get that as that is a common trope and I have heard from other siblings that that is how they sometimes feel. So, there is an accuracy there. This will also come into play a bit with our quote-unquote villain.  A young girl named Grace. 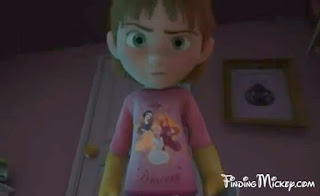 Apparently, she wants to get herself off the naughty list as she believes it to be a misunderstanding and that it is actually the fault of her baby brother.

believing that she had been set up by her toddler brother, Gabriel, who had destroyed her favorite toy and ruined her chances to ask Santa for a new one by his crying. After a somewhat intoxicated Lanny suggests using the “magic word” to get the password for the device that will get her off the list, she does just that: using the word “please” as the password, since genuinely naughty kids never say “please.

I do get where she’s coming from as it does make a bit of sense but hey, we younger siblings don’t always mean to do what we do.  Things seem to be going her way at first but a malfunction after she switches her name to the nice list causes every child in the world to end up on the naughty list.  Meanwhile, Wayne is getting tired of being shown up by his younger brother and says the one thing that would crush any sibling, that he wishes he didn’t have a younger brother.  Those words are just so painful and I’m sure something siblings young or old have thought at one point in our lives. Grace seeing this argument between the brothers realizes that her baby brother can’t control what he does and find the love for him again.  This is great but there is still the issue of trying to get the kids off the naughty list…  This is resolved by taking the device to the highest point they can find and that can help the next morning, the brothers have reconciled and awarded Elf of the Year together. And Grace is gifted with a new toy to replace the one that he tore up.

In all, this is a cute special with a good message.  Let’s take a look at the characters.

While Lanny was a major character in the first special, he was sidelined a bit in this special but I do get that and there isn’t enough to justify talking about him here. With that out of the way, let’s take a look at the characters.

I greatly enjoyed the sibling relationship between these two being a younger brother to an older sister, I can’t speak to the validity of how this brotherly relationship played out but it felt and natural.  There was a sense that even though Wayne may have gotten annoyed by his little brother and not liked his actions, he still loved him.  And this is cinched for me when Noel tells Wayne that he was his hero as this speaks to a truth that so many younger siblings like myself have, our older sibling is our first hero. 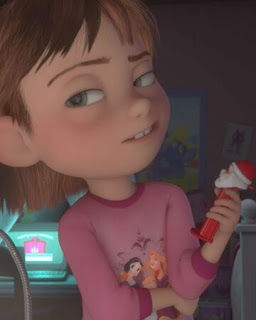 I don’t actually side with the special presenting Grace as being naughty. Yes, her actions were wrong, there is no doubt to that but I think they are more understandable than just being straight-up naughty.  She’s not a bad kid. She’s just misguided and needs to be set straight and that is what she learns in this special.  She comes to have an appreciation for her baby brother and realizes that she has to be a better example for him. As a younger brother with an older sister, this is important to me. I love my sister, she is someone that I look up to dearly but I know that when I was first born, she loved me and resented me at the same time because as a younger sibling, I took the attention away from her.  Though we grew closer over time, sure there were bumps but that’s true of any sibling relationship and she has always told me that she would do anything to protect me.  I feel that Grace is still in the early stages of understanding what it means to be an older sibling and how much her little brother is going to look to her as he grows up.

This is a great special. The first is stronger in my opinion but still, this isn’t that bad. Join me next time for a Recess break as we learn that 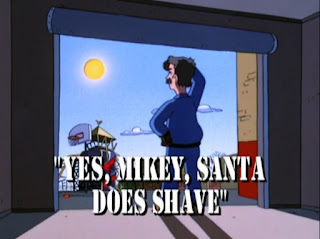