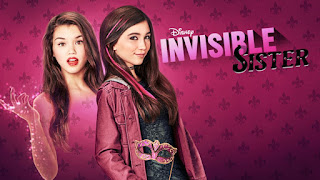 Invisibility is one of the most common tropes used in stories.  When we think of movies that people might watch around this time that involve this concept, the original Invisible Man comes to mind. 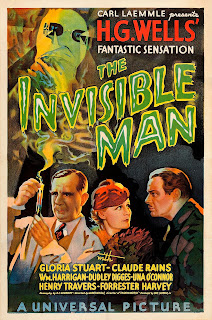 However, this movie doesn’t go that route and at first, I would’ve thought it was going to be like a Goosebumps book. 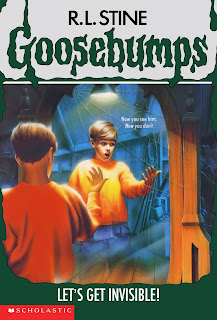 But no. And apparently this movie was supposedly adapted from a book titled My Invisible Sister but after looking at the blurb for that book, this might be the case of an in-name-only adaption.

Ten-year-old Frank and his family have moved nine times in eleven years, and Frank has had it. No more new schools or new friends. This time Frank’s going to make his sister love the place so much she never wants to leave. Because, you see, when your sister is invisible, she can do pretty much whatever she likes.

Yeah, none of that is in this movie.  I gotta be honest and say that I didn’t like this movie.  We will get into this as we look at the plot but this movie was a bit of a chore to get through.
The Plot
Yeah, I normally wouldn’t do this but this sets up what we’re dealing with aptly.

Cleo (Rowan Blanchard) is a teenage girl living in the shadow of her older sister, Molly (Paris Berelc), whose popularity gets her recognized by everyone at school. Although Cleo is hardly noticed compared to her sister, she is an excellent student, but is introverted and somewhat sarcastic and cynical.

Okay so Cleo is meant to be the main character and the movie wants us to sympathize with her  but she is just so unlikable.  It’s like someone put Sheldon Cooper in the body of a teenage girl.  Having to spend 77 minutes with this character was a chore and a half. The title is meant to have a double meaning as Cleo feels invisible in the shadow of her sister but she does it to herself.

At one point after school, her sister’s boyfriend invites Cleo and her best friend out for frozen yogurt but she says no because she’s so convinced that popular kids wouldn’t want to hang out with losers like them.  Ouch.  So, he was being nice to you. Why is a jerk to everyone that you come across?

Later that night, Cleo’s older sister Molly is throwing a party that Cleo all but disinvited herself from while working on a science experiment assigned to her by her science teacher as she has been holding herself back. While working that project to turn a mystery substance into a solid, she accidentally turns a moth invisible. The moth flies around the house until falling into a cup of antiacid that Molly (the older sister) is drinking and yeah, she wakes up invisible.

The rest of the movie is Cleo pretending to be her older sister so that Molly isn’t marked absent and realizing that Molly has a harder life than she thought. 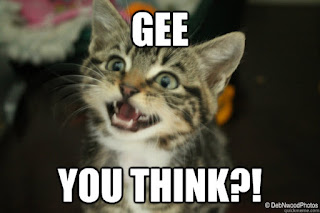 While also figuring out ways to make her sister visible again. There are some fun moments there such as how it’s revealed that the clothes will slowly start to disappear alongside her.  There’s not much else to this as it’s also found out that unless an antidote is found within 24 hrs, Molly will remain invisible for life.  Nice goin’, Cleo.
There is one good moment where Molly finally lashes out at Cleo and says that she doesn’t like how she constantly puts people down. And she’s right.  Cleo even treats the boy that she has a crush on like a jerk, all because she doesn’t believe a good looking guy like him would be into her. Well, turns out he is but you treat him like mud.

That night at a Halloween party, Cleo along with her best friend (yeah, he’s in the movie a lot more but I don’t care) and her crush work on figuring out how to undo the invisibility and this is a clever moment where they take items from a haunted house to supplement for materials to use in the experiment to undo the invisibility. That’s one of the few things I’ll give the movie.  It works and then it doesn’t but apparently Molly added something called Ginger Fizz to her drink and that was an unknown variable. Molly had that on her person and adding that to the drink solves the problem and turns her back visible.

Yay, the movie is over. 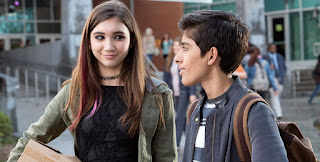 I do not like this character. I think I’ve made that clear throughout. It’s one thing to have an unlikeable protagonist as we see here but to have her be so rude to people that were being nice to her just because she assumed the worst of everybody is a major turnoff. And okay, this movie wants us to buy that she feels overshadowed by her older sister.  I don’t as it seems like she actively chooses to avoid the limelight. Okay fine but don’t lash out at people that are being nice to you for no reason. And oh my god her best friend George has a crush on her sister’s friend and her sister says that her friend would like him. Cleo’s response is to say that she wouldn’t go for guys like him, even after what Molly said. How do you have a friend? I’m serious if someone that was supposed to be my friend talked to me like that, I’d dump them in a heartbeat. 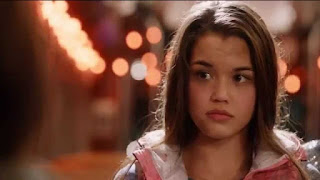 I like Molly as she is genuinely nice and tries to be the best older sister for Cleo that she can even if Cleo makes it a chore and a half to do so .  Molly feels like someone that actively tries to make everyone feel included.  While watching this movie, I was reminded of another show that Paris Berlec was in, the Netflix sitcom, Alexa, and Katie.

Not only is this my favorite Netflix sitcom but Berlec’s character of Alexa also faces similar struggles although grounded in a more real-world as wanting to be seen for who she is and not live in a shadow. In this case, that being cancer as she’s a cancer survivor.  It’s a really good show that has a lot of heart.

Anyways getting back to this, Molly was probably the one character that I liked the most in the movie because as I said she always tried to make people feel welcomed. There’s also a rather fun moment where she takes advantage of being invisible to scare the school security guard by pretending to be a ghost to help her sister get some science equipment.

I’ve not gotten this angry at a movie in a while but this movie really brought it out in me as it’s just so angering. Though I don’t think the anger will be subsiding anytime soon as we look at the more baffling and almost questionable DCOM’s as we look at a movie simply known as… 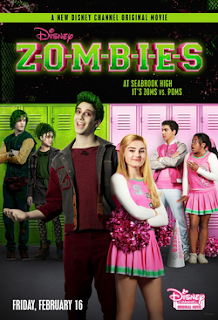