Hey Guys! Gerawallstar here, and I am here to review the underrated, but the more important film of the Walt Disney Company, and that is the 49th Walt Disney film, The Princess and the Frog, which was released in 2009. In my opinion, this is one of the higher quality Disney movies in a long time, after a lot of mediocre and bad Disney films that were around before this film occurred. This film also brought us into the current era we are in, known as the Revival era, the second Disney Renaissance. Here are some reasons why: This is one of the first Disney films that featured an African-American princess, this film returned to the classic, hand drawn 2D animation, after disappearing for five years, and it also brought a return to the Disney Princess formula that was missing for 11 years, as well as musicals.

After the box office bomb of the 2004 film Home on the Range, Walt Disney officially closed its hand drawn animation department for good. What was also going on with the Walt Disney Company in the 2000s was that they were in another dark age (like the dark ages after Walt Disney’s death). They were releasing films with either modest critical or financial success. An example of this is the critical or financial failures of Treasure Planet, Brother Bear, Home on the Range, Chicken Little, and The Wild.  Fortunately, when John Lasseter (chief of Disney/Pixar) went into The Walt Disney Company as the creative chief officer in 2006, he produced films such as Meet the Robinsons and Bolt that were step ups from the previous bad Disney films. For this film, he wanted to make a return to the traditional Disney Princess format, bring back Fairytales/musicals, and a return to 2D animated films with this film.

The Princess and the Frog was in development back in July 2006, originally titled The Frog Princess. There were some early concepts and songs presented at the Walt Disney’s shareholder meeting back in 2007. Unfortunately, there were some criticisms from the African-American outlet expressing their disapproval of the story’s elements, songs, and time setting. They also disapproved of the name “Maddy” which was similar to the “mammy” stereotype. There were also some protests about Maddy’s original character job as a Chambermaid. The choice of having the protagonist falling in love with a non-black prince, upsetted a lot of opponents of interracial romances on screen, and having the choice of having a black male portrayed as a voodoo witch doctor villain. There was also a slur portrayal of French people. And finally, there were some concerns on the location of the film due to the Hurricane Katrina back in 2005. So to avoid all of the racial tensions, the producers changed the name “maddy” to “Tiana”, as well as changing the occupation to a waitress, instead of Chambermaid. They even decided to stick the setting to Louisiana, despite the issues happening there at the time.

The story is about a hard-working waitress named Tiana who has dreams of opening her restaurant. After kissing a prince who has been turned into a frog by an evil voodoo sorcerer, she herself becomes a frog, and must find a way to become a human before its too late. Yeah, I have a few problems with the story. The biggest problem with the story is that while the film is supposed to be about Tiana fulfilling her dreams of opening her restaurant, we get to see the remaining of the film however seeing her and Prince Naveen as a frog. The frog aspect of the film feels a little forced, and a little boring. There were some other moments in the story that are rushed, and complicated/confusing as well. I feel like the story could’ve been handled better if the film was more about Tiana focusing on her goals, instead of the frog elements. I will say that there are some good moments in the story. I liked the beginning and the end of the film. The beginning where Tiana’s parents teach her about the value of hard work, the scenes with Mama Odie, and the wedding scenes in the end were very good. The battle between Tiana and Dr. Facilier was also very good, even though I wish it lasted a little longer. There’s also some subtle, but racist moments in the film. For example: There was a scene in the beginning of the movie where two white Bankers were denying a space for Tiana’s place, when she finally gets the money she needed for her restaurant, because of her background. I liked that Disney added racism in the film, because it makes the film look realistic, despite it being a fairytale. Especially since this is a film taking place during the 1920’s New Orleans. The death scene of Ray the firefly was very emotional, and the ending where Tiana finally got her own place was satisfying. The story is really decent, even though it has a lot of problems. I’m giving the story seven stars.

While the story is the weaker element of the film, the animation however is phenomenal! The animation is hands down the best part of the film. The animation is designed by Toon Boom Studios. The animators put their all into the visuals. It really feels like watching a classic Walt Disney Film. For example: I loved the animation sequences in one of Tiana’s songs, which felt reminiscent of how the animation looked like in the 1930’s.  This film marked as the return of 2D hand drawn animated films. Unfortunately, the success of the hand drawn animation didn’t last long. While it didn’t bomb thankfully, this film didn’t do so well at the box office, because another film Avatar was released on the second weekend this film came out, which was the highest grossing film of all time. Because of the modest success, along with the box office bomb of Winnie the Pooh two years later, Disney has decided to put 2D animation on hold for now, and stick to their 3D films, which is kind of disappointing. Despite all of that, the animation, and visuals are gorgeous. The animation is the winner of this film. I’m giving the animation 10 stars!

The characters in the film are great and enjoyable. I loved Princess Tiana. Tiana is an underrated Disney Princess, who is a great character, because of her hard work ethics, as well as being a positive role model for children. Charlotte is one of the funniest characters, because of her energetic characteristics, and good humor. Not to mention that unlike the other spoiled Princesses, I liked how supportive she is to Tiana. Prince Naveen may be a spoiled Prince, he definitely does get better as the film progresses. Dr. Facilier is one of the great Disney Villains. He seems very threatening. I liked some of the funnier side characters like Mama Odie. The main problem I have with the characters are most of the side characters. I didn’t enjoy Ray the firefly very much, and while Louis the alligator is funny, he is just your typical comic relief. Fun fact: the producers were going to use him as a main cast of the film, but they cut his role down, to support more on Tiana and Naveen. I am kind of glad that they did that, because that would’ve dragged the film down even more. And as much as I loved Dr. Facilier, his motives for are kind of silly.

The songs in this film while they’re not memorable, are great. All of the songs are composed by the composer Randy Newman. Since the movie is based off of 1920’s New Orleans Louisiana, they fit into the New Orleans and African-American cultural setting of the film really well, mixing songs from R&B, Jazz and Gospel genre.  I found the songs “When We’re Human”, and “Ma Belle Evangeline” very forgettable. I did however enjoy the song “Down in New Orleans”, and “Almost There”. “Gonna Take You There” is a short, but catchy song. “Friends on the other side” is another great song, where it shows how villainous, Dr. Facilier is. It reminds you of the song “Poor Unfortunate Souls” from The Little Mermaid. One of my favorite songs in this movie is “Dig a Little Deeper” sung by Jenifer Lewis. I loved the animation, and the gospel setting in the song. This song also provides a good message too. The songs are very great. Randy Newman did a great job composing these songs. Im giving the songs 9 stars!

Overall, while it may not be a big box office hit, The Princess and the Frog is a great, and underrated film that provides stellar animation, great songs, and memorable characters. Yes, I have a few problems with the story, and it may not be on par with the Disney films from the renaissance, but it did however, bring Disney into a new renaissance, known as the Revival, and paved the way for monster hits like Tangled, and Frozen. I’m giving The Princess and the Frog a score of 8.5 out of 10. 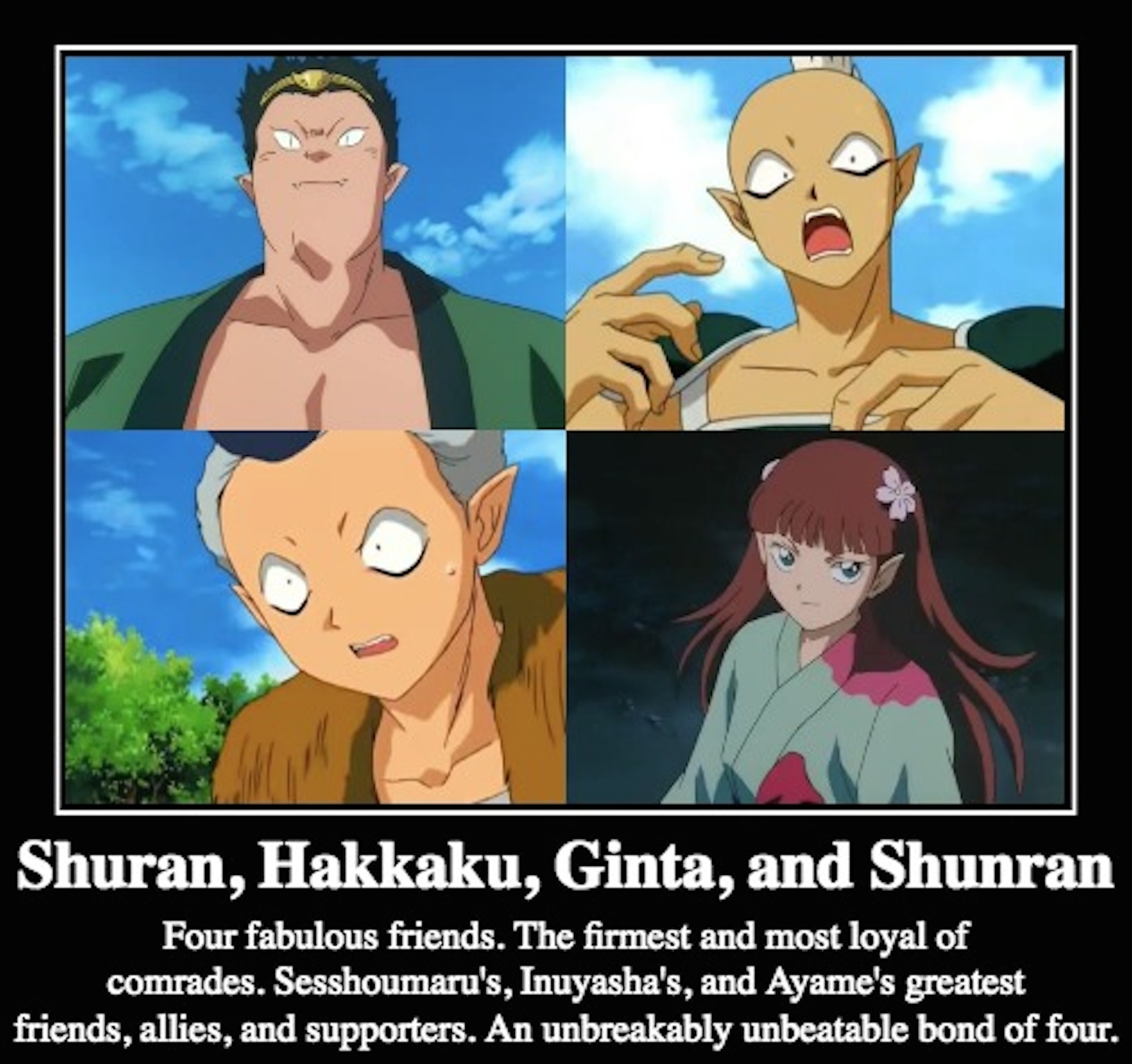