Update (01/22/2020): I was re-watching the second episode of Nudie Rehab on January 15, so basically about a week ago, and while I think that the episode has for the most part aged very well, there were still a few moments that didn’t.

So I’ve decided to revisit this review to create what I like to call a “Director’s Recut” where I’ve removed or re-edited scenes from the video and I’ve also added some new voice over lines as well. The last part is unfortunately somewhat noticeable but I still think that it helped to improve the quality of the review.

Keep in mind: Even though I do prefer this “Recut” version over the original cut, I still feel that everyone should be allowed to pick between the two cuts since I don’t see any logical reason to get rid of the original cut.

With that being said: I hope you enjoy this re-edited cut of my second Nudie Rehab episode.

Warning: (Possibly) Not Safe for Work!!! 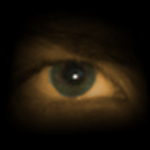