Hello & welcome back to A Look at Disney. About two weeks ago, Â I looked at music videos of YouTube star, Nick Pitera. Â Since then, Â I’ve been exploring other Disney videos by YouTube personalities and I’d like to share some of my favorites with you. Let’s begin with perhaps the one that I’ve watched the most.

This is a concept that I haven’t seen before but I like, this group Â does covers of Deleted Disney songs and they really put a lot into their production. I stumbled upon this one on Monday just looking up covers of “Life’s Too Short” and I was pleasantly surprised by what I heard. This really feels like Anna and Elsa here And I’ve found myself singing along each time I listen to their cover of this song. Â It’s really good and perhaps one of my favorite Frozen covers. Â I’m hoping that they do this for “More Than Just The Spare” as well. Â  Why don’t we look at one of their other Deleted Disney videos.

I Can’t Believe My Heart – Geekiarchy

Man, I forgot about this song until I listened to their cover of it. Â And wow, this is good. Â This is just so sweet and while I still think that this is the wrong type of song for Meg, the young lady singing here really sells me on her cover of this song. It’s good. Â  Though, I do prefer “Life’s Too Short” to this. Â Moving on.

Do You Want To Build A Snowman? – Working With Lemons

Fair warning, there may be at least one more Frozen video as Frozen covers are popular. Â And well, I gotta say that this one is just adorable. Â It really exudes Little Anna and this is the first Frozen cover video I remember watching and I enjoyed it then and I still do to this say. It’s just one of those videos that I watch and can put a smile on my face. It’s just so fun and cute.

When Will My Life Begin – Working With Lemons

I’ll admit that it took me some time to warm up to this cover. Â But I’ve now watched it five times and I really like it. Â It’s cute and simple. Â It’s a lot of fun to hear. Â I think their “Do You Want To Build A Snowman?” video was better but this is still enjoyable in it’s own right.

The Evolution of Disney – Todrick Hall

Yeah…. Â WOW ! Â  I can’t even begin to name all of the Disney songs that he covered in this video. Â This was a history trip via Disney’s music. Â And it was just so entertaining. Â And just WOW. Â  There is nothing else that can be said about this. Â This is why I like these types of videos as you get to see the effort that fans put into these to show their love of Disney. Â And this has to be one of the coolest YouTube videos that I’ve ever seen.

Yeah, this might just be one of my favorite Disney YouTube videos. Â Okay, so it’s playing on nostalgia with using 90s Disney as that is the era of Disney I grew up with but 90s Disney movies had great songs. Â And this is a fun new take on these songs. I was unsure what to make of this at first but this is just… 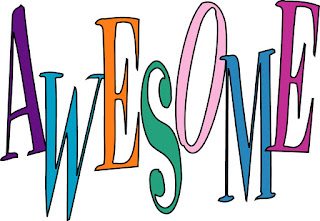 Seriously, this one is just so much fun that I get wrapped up in it and have a blast, when I’m listening to it.

I did say that there would be one more Frozen cover and it felt right to include a Let It Go cover. Â And apparently, Ms South won a contest for best Let IT Go cover and I can see that. Â This is quite good and rather enjoyable. Â Not my favorite Frozen cover but it’s still good and you can hear put her all into when she’s preforming. Â As she really sells this number.

Once again, we get another awesome medley here. Â The costumes really sell me on Ms. South as the princesses and she’s a cute Giselle and Belle too. Â This video is just so seamless with it’s transitions as she goes from one princess to the next. Â  I am able to buy her as every princess here and that makes this such a joy to watch.

What did you think of these videos? Â Which one was your favorite? Let me know in the comments. Peace!