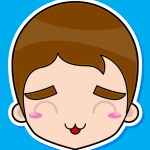 A little while back Iâ€™m sure we all remember the online ads for this one. They literally playedÂ everywhere on the internet and it depicted a quirky show about a drunk anthropomorphic horse celebrity named Bojack Horseman as heâ€™s harassed by paparazzi, mixes disgusting drinks and generally acted like a self entitled prick . So like a lot of people, I became intrigued to Netflixâ€™s first produced animated show so I gave it a watch, and when I did I was very much surprised.

What IÂ expected was just an okay family guy style humour problem of the week show from BH. But the show, while could still fall under the same classification, also has a very serial narrative with a solid through line and very three-dimensional characters. The basic pitch of the series is Bojack Horseman was the star of the hit family sitcom Horsinâ€™ Around but now heâ€™s a tubby, belligerent, and drunk celebrity wash up who’s living in Hollywood just trying to getÂ his new claim to fame off the ground. But Bojack really doesnâ€™t have the focus to do that more preferring to sit on his ass watching his own show’s reruns rather that writing his memoir on his life. So, his publisher Penguin Books (ha) gets him a ghostwriter the cute and reserved Diane Nguyen. From there we follow not only Bojackâ€™s present day misadventures but retellings of his past mistakes through a rollecoaster of partial triumphs and emotional scarring crashes.

Now I think we can extrapolate that being labeled a â€œquirkyâ€ comedy isnâ€™t the most accurate for Bojack Horseman. Oh itâ€™s definitely got a funny bone in it, using a lot of dialogue-based jokes, as well as very over the top physical comedy. Thereâ€™s even quite a few intelligently written red herring jokes that I found intriguingly experimental. Even though this creates the double-edged sword effect of some payoffs feeling anti-climatic. Coupled with these jokes we also have a very vibrant depiction of Hollywood, with more realistic tones in color, and a slight texture overlay added making the look slightly more three dimensional. It gives the entire show a very inviting style even when some of the jokes are misses and pull you out of the world.

And all of this culminates to create a more lighthearted atmosphere to the show, at first, but as we continue forward Bojack HorsemanÂ makes it more than apparent thatâ€™s not the showâ€™s true nature. This is a show about the downfalls, and betrayals of Bojack Horseman. I wonâ€™t go into deep detail but as the episodes go forward you get quite a few reasons to think that Bojack is the worst horse man ever and truly hate his guts for some of the despicable acts he pulls. On the flipside, we learn things about Bojack that make him a very empathetic and identifiable protagonist as well. He’s a character trapped in an environment where he has to continue to make bad choices just to keep himself relevant. I think in our celebrity-crazed society this could hit home for some people. But empathy varies from person to person and whether youâ€™ll like the show depends whether you can feel sorry for him.

But itâ€™s not just Bojack in the spotlight, we have a very solid cast that surround our equine. His mooch of a best friend/roommate Todd, ghost writer Diane, his agent/ex-girlfriend Princess Carolyn, and his acting rival the unbelievably friendly and huggable adorable Mr. Peanutbutter who is hands down my favorite character. But to be fair all these characters are awesome and that has a lot to do with how much time the writers put into each of their characters to flesh out not only their comedic timing but dramatic core characters. Each of the main cast has an episode focused mostly on their problems with Bojack in a supporting role acting as our guide through his friend’s problems and issues. It’s through these episodes we see these characters’ internal weaknesses and strengths surface and morph them into three dimensional broken characters. People who have been changed by the lifestyle of seeking for fame and prestige, avoidingÂ the archetypical mooch best friend, the unappreciated introspective writer, the bitchy agent and the always happy guy, but truly dynamic, funny, and dimensional characters. If you do give the show a try my personal favorite episode â€œSay Anythingâ€ which stars Princess at her most emotionally fragile, and toughened state, and that last moment truly encapsulates the tragedy behind Princessâ€™s character.

And with that said I give Bojack Horseman a big thumbs up in my recommendation. Although itâ€™s got a very peculiar taste. Its art style and humour makes Bojack Horseman a show that can be very funny but at the same time very revealing, and thought provoking. As we delph into a character piece on a truly despicable but empathetic protagonist. And with the finale being left wide open and Season 2 just a week awayÂ Iâ€™m looking forward to a season of redemption, humanization, and cotton candy barfing for Bojack Horseman.