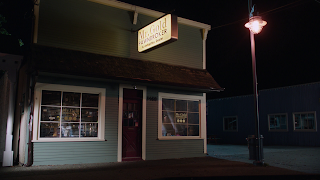 Hello & welcome back to A Look at Disney. Â And well, as you can tell from the title, this is a A Look at Disney/Magic of Storybrooke hybrid. And that is because there is news that is exciting for Oncers coming from the Disney Parks. Â Recently, Â a Window Display based on Mr. Gold’s Pawn Shop from Once Upon A Time was put in Â Hollywood Studios.Â 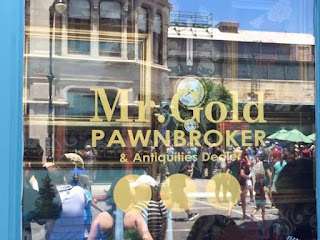 Now alas, Â it’s just a window display and not the actual store but hey, I’ll take what I can get. Â Though I’ve seen many other Oncers say that they would love a meet Â & greet with Mr. Â Gold. Sign me up for that, dearie. Â Do you know how much fun a meet & greet with The Dark One could be? Â Oh, I’m just getting goosebumps thinking about it. And just imagine if he had The Dagger and guests got to use it. Â That’d be SO COOL!!!!!!!!!!!!!!!!!!!!!!! And honestly, Disney could look within the OUAT fan community has some pretty great cosplayers and even still, that’d be a lot of fun. Â And it’s funny but a while ago on Facebook, I threw out the thought that I’d be down for Â a Once Upon A Time Weekends Event a la Star Wars Weekends. Â Now, sure Once does have fan conventions such as Fairy Tales and Regal Con, Which to be fair, I only know of these thanks to the hosts of Greetings From Storybrooke.

Â Â Would I love to go to one of these but my thinking here is that if Disney could have an official Once Upon A Time event at one of their parks, they’d probably get a lot of Oncers to come for it. Â Because people love this show. Â So much so that earlier this year, hundreds of Oncers flocked to the small town in Canada, where Once is filmed.Â Â  That should give you an idea of how much people love this show. And perhaps it’s just me but the idea of getting to meet Robert Carlyle at Once Upon A Time event in Disney World would be awesome. Â Now look I’m not even sure if Â the window display is permanent For all I know, it may be gone by the next time I go to Disney World. I hope not because I really want my picture taken in front of it. Â And Hollywood Studios is the perfect park to put this in. Â  They’ve had other Once stuff there before such as before Season 4 premiered, they had a PhotoPass opportunity, where you could get your’e picture taken in front of a Once backdrop and Regina and Once’s Elsa would appear in the picture with you. Â 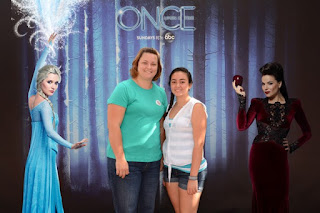 And I swear at one point, they had Regina’s Â Evil Queen dress from the pilot on display there but alas I couldn’t find any pictures of it. Â Do I think Once will get anymore representation in Disney World beyond the Mr. Gold window display. Â I’m not sure but I’d love it, if it did. Â I don’t need rides or shows but something like an annual event would be cool. Â  What are your thoughts? Let me know in the comments. Peace!